An NYPD cop who was struck by a stray bullet at a department firing range — and unknowingly walked around with the bullet in her thigh for days — says she plans to sue the department for $5 million after the gun-range workers ignored her injuries.

News of her pending suit comes just days after a cop was hit in the neck by a ricocheting bullet at the same Bronx range.

“It crazy that it happened again. What’s next? Officer Andrea Nieves-Santiago told The Post.

Nieves-Santiago, who has three years on the job, was hit by the stray bullet at the Rodman’s Neck police firing range May 7 during her annual qualification exam, according to a notice to sue.

Nieves-Santiago didn’t realize what had happened when she noticed blood beginning to “pool at her feet,” the paperwork says.

When she told the instructor she felt a burning sensation, she was only handed a Band-Aid and ointment, she says. She passed her exam and went home.

Nieves told The Post that when she returned to work the next day, her captain told her, ” ‘You may have a piece of a bullet in you.

” ‘Nieves, you need to go. You definitely need to go to the doctor,’ ” she recalled the superior telling her.

She went to the doctor after the weekend, on May 10, and that’s when it was discovered there was a “bullet lodged in her leg,” court papers say. The slug was removed May 21, documents say.

“No one thinks of getting shot at the range. I never thought in a million years, and next thing I know, I get ricocheted,” she told The Post.

Her lawyer, John Scola, called on the NYPD to review its current gun-range policies and implement changes to ensure future officers are protected.

“Their failure to do this may the result in an officer losing their life at the range,” he added. 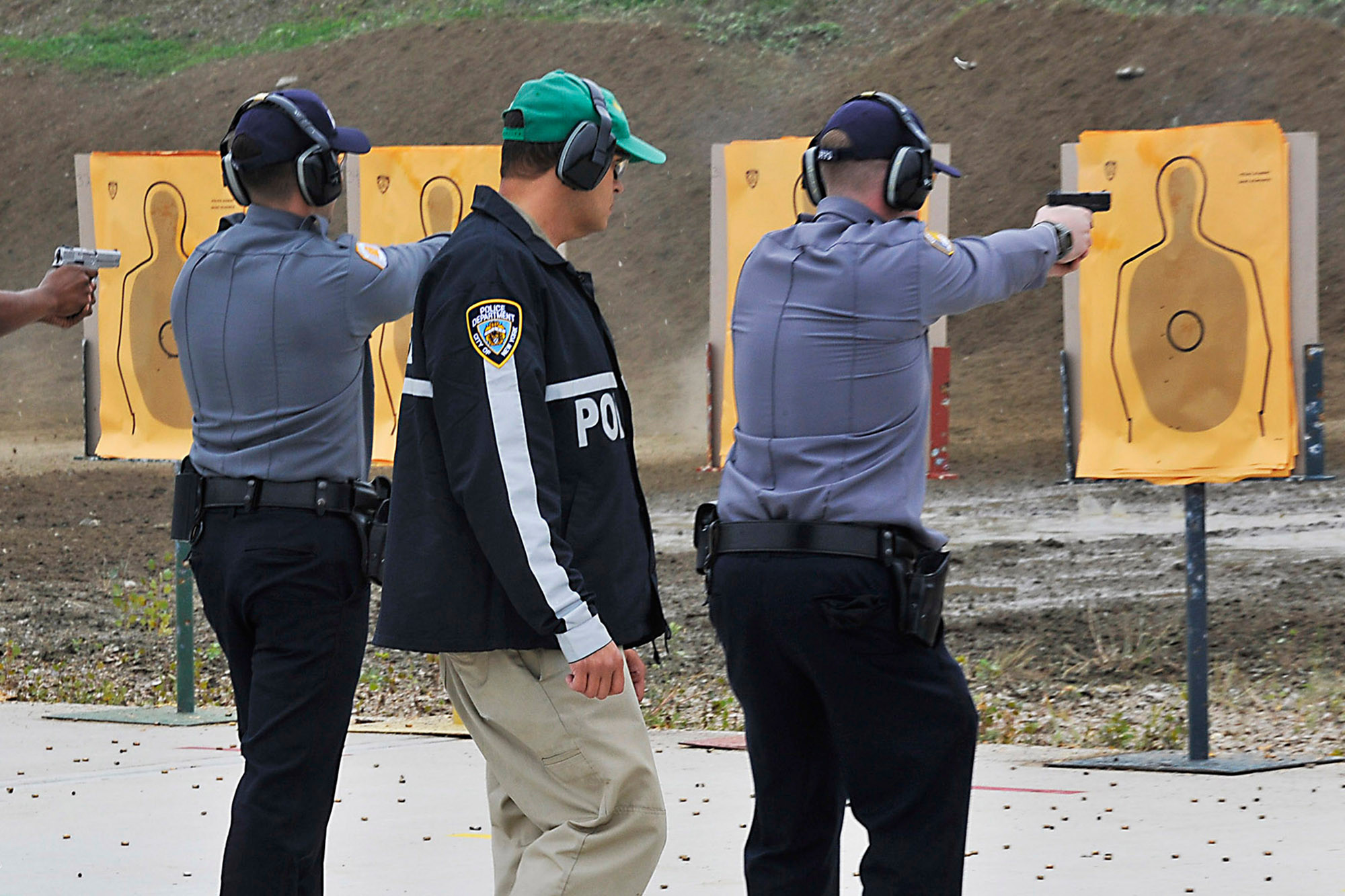