The mugger who socked an 82-year-old Lower East Side deli customer in the head and then stole his cane was busted a day after the caught-on-video attack, according to authorities — who said the suspect has two dozen prior arrests.

Raoul Hyacinthe, 42, allegedly approached the senior, who was buying a cup of coffee, around 6:20 a.m. and demanded money, police said.

When the victim refused to comply, Hyacinthe raised his fist and threatened to punch the senior and steal his cane if he didn’t fork over any dough, cops said.

The victim still refused — prompting the assailant to punch him in the side of the head and grab his cane, knocking him to the floor, the clip shows.

Hyacinthe, who has 24 prior arrests, was busted at 3:30 p.m. Thursday after a tip led officers to his residence, cops said.

He was charged with robbery, police said.

His address is listed as a facility on East Broadway operated by Community Access, which helps people with psychiatric disabilities transition from shelters and institutions to independent living. 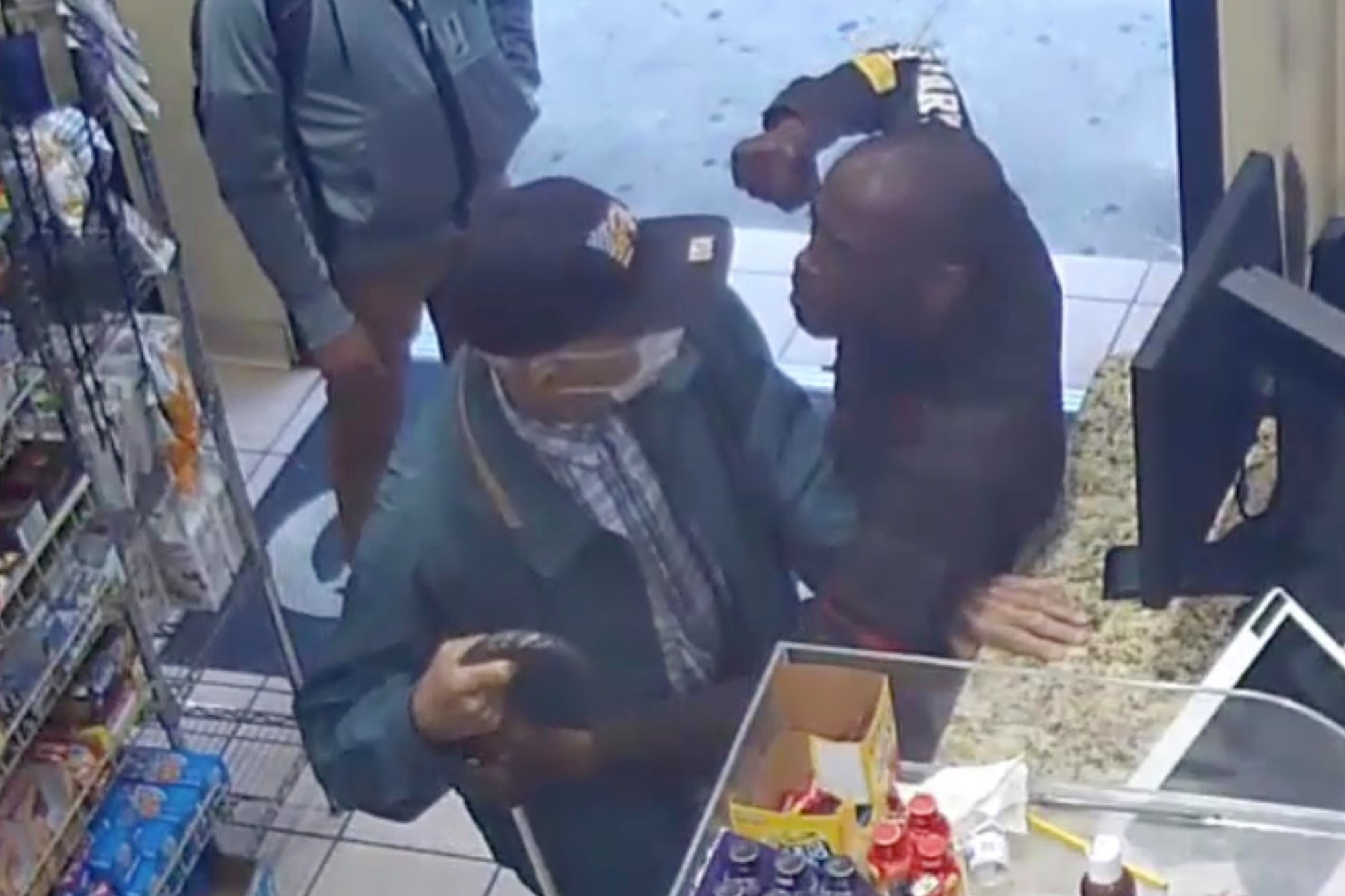