Cops are hunting for a crew of creeps suspected in a citywide robbery spree — in which they ask their victims, “Have you ever been shot or stabbed before?” before fleeing with wallets and phones.

The misfits are believed to range in age from 16 to 20 and posed the chilling question to their targets in at least six incidents, police said Thursday.

Four of the robberies occurred in a single day last month on the subway in Brooklyn.

Two of the incidents happened minutes apart just after 4:30 p.m. on May 17 on a northbound 3 train, but they only made off with $10 and two credit cards from their first victim, a 20-year-old man, in Brownsville, according to police.

Their second target, a 30-year-old man, refused to hand over his belongings, and the trio took off at the Atlantic Avenue subway station in Boerum Hill, cops said.

The group then accosted a 49-year-old outside 45 West 36 Street in Midtown nearly five hours later, making off the man’s wallet, according to police.

At 10:30 p.m., they threatened to shoot a 32-year-old man on the southbound L train in Canarsie and stole his iPhone, cops said.

The crew also struck on May 14, when they swiped credit cards and an iPhone from an 18-year-old man on a southbound 3 train around 9 p.m. in Brownsville, according to police.

The string of robberies dates back to May 7, when the trio threatened to shoot or stab a 27-year-old man before taking his iPhone at Pacific Street and 4th Avenue in Boerum Hill, police said.

In that case, they used the phone to steal $575 from the man’s Venmo app, according to police.

Police sources said none of the robbery victims were injured. 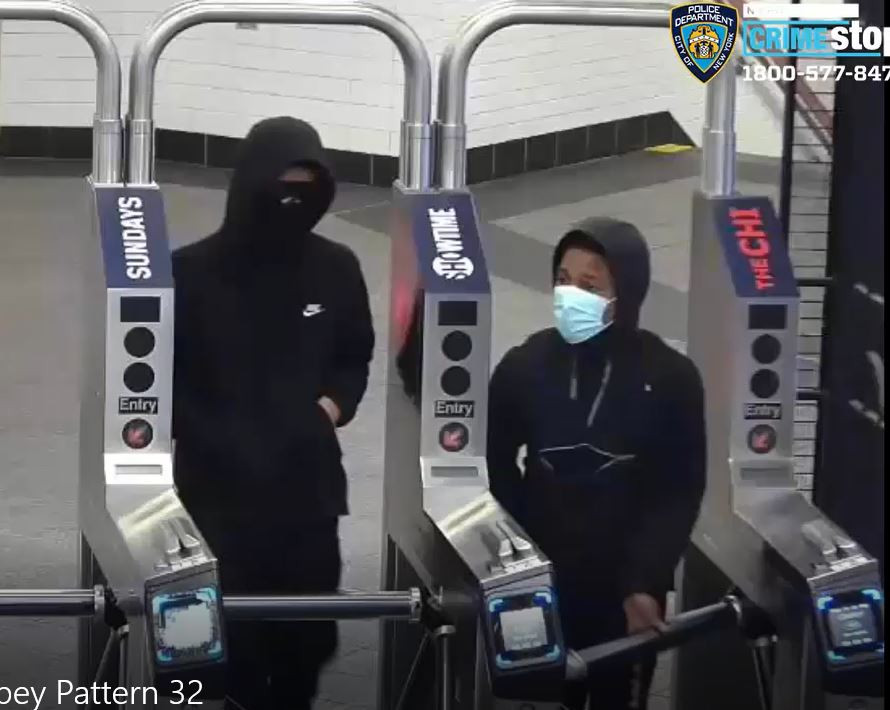