Imagery of a young woman desperately gasping for air has been deemed too horrific by some viewers of a new COVID-19 vaccination public service announcement.

The 30-second ad spot by the Australian government is urging its citizens to seek a vaccine by depicting a breathless and frightened coronavirus patient attached to a ventilator.

A cryptic message appears as the scene cuts to black: “COVID-19 can affect anyone… Book your vaccination.”

While officials have maintained that the “distressing” PSA was indeed designed to alarm, critics have taken to social media to call out the clip for unfairly suggesting that young people are in need of the message.

“Completely offensive to run an ad like this when Australians in this age group are still waiting for their bloody vaccinations,” said Australian broadcaster Hugh Riminton.

“Why are we targeting young people? Shouldn’t we be targeting the rising rate of vaccine hesitancy in over-55s?” asked another viewer.

Around 2.25 million Australians, about 9% of the population, have been fully inoculated, according to statistics compiled by Our World in Data. However, those numbers include only those aged over 40 years, as young people have been ordered to hold off on vaccination until the end of the year — ideally, when more doses of the Pfizer vaccine might be available.

Currently, health officials are recommending that locally manufactured AstraZeneca vaccines be administered only to those aged 40 years and older amid concerns that their jab causes blood clots in younger generations, though some hope to hold out for Pfizer, which are in limited availability.

The ad is currently being aired in the Sydney area where the coronavirus Delta variant has sent the city into its third week of lockdown. More than 700 new cases of the disease have been confirmed since June, Reuters has reported.

Australia’s Chief Medical Officer Paul Kelly acknowledged that the PSA was “meant to be graphic” and to “push the message home” about social distancing and getting vaccinated as soon as possible.

“This is not a time for complacency. It’s not a time for frustration. It’s a time for actually recognizing that and taking that responsibility and — for yourself, your family, and the community,” Kelly said in a statement issued on Sunday.

“We are only doing this because of the situation in Sydney,” he added. 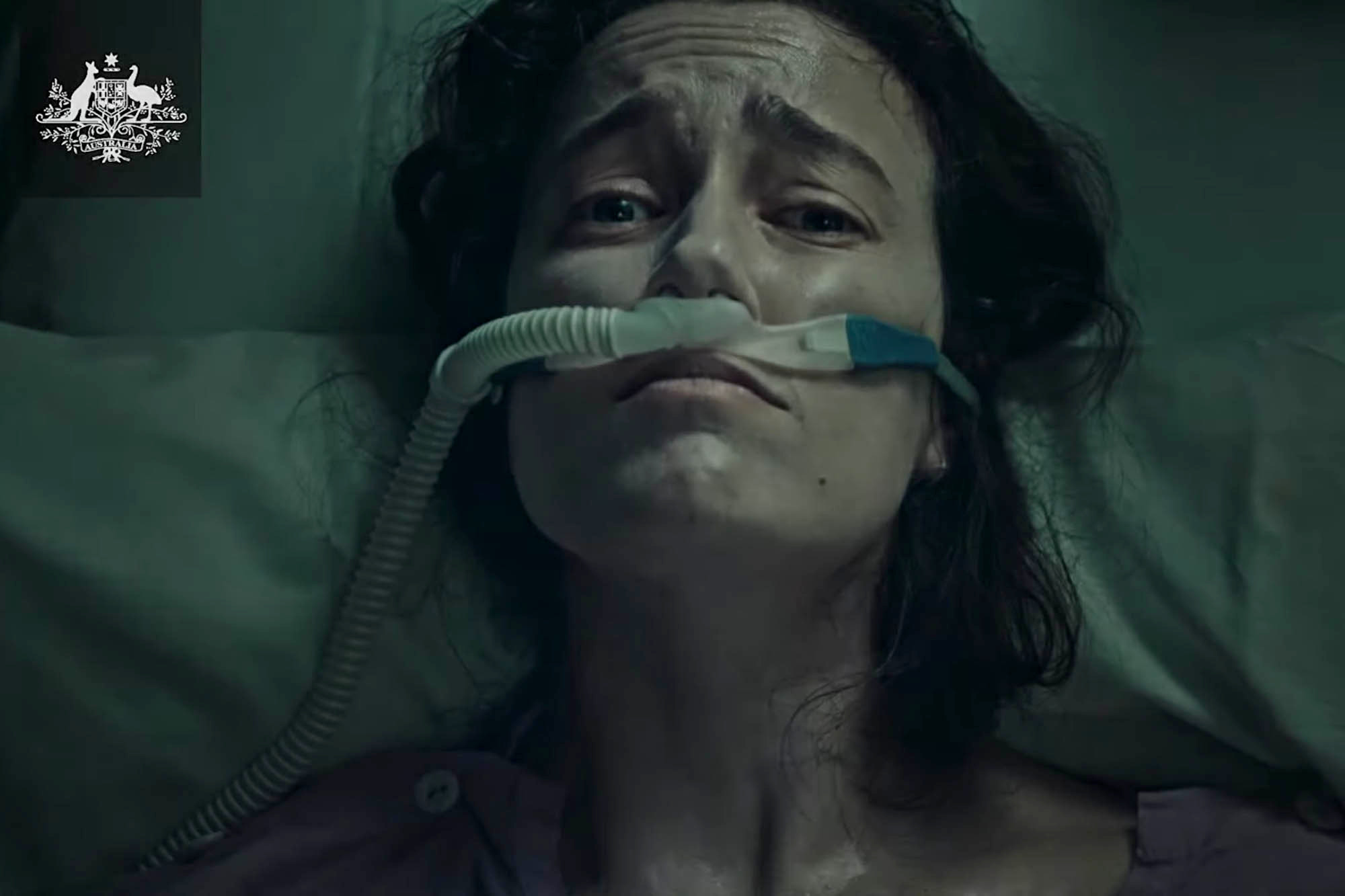