Gov. Andrew Cuomo used a campaign-style rally that included a stage announcer and handing out plaques to union leaders to announce the lifting of New York’s coronavirus restrictions Tuesday — while conspicuously making no mention of the state’s estimated 50,000-plus deaths from the disease on his watch.

Cuomo’s victory-style speech — delivered in a loud and exuberant manner — glossed over the personal devastation wrought by the pandemic, even as he compared it to the Sept. 11 terror attacks.

And while the three-term Democrat never urged New Yorkers to remember those killed by COVID-19 — including about 15,000 nursing home residents, some of who may have died because of an administration directive — he choked up while noting that Tuesday was also the birthday of his late father, former Gov. Mario Cuomo, who died of heart failure at age 82 in 2016.

“Mario Cuomo was quite a fellow,” Cuomo said. “He taught New Yorkers many important lessons.”

Earlier, Cuomo beamed as he walked onto a podium in a room packed with maskless supporters who stood up while he was introduced by a professional-sounding announcer at Manhattan’s One World Trade Center.

He finished about 40 minutes later and left to another standing ovation, saying, “God bless you and amen!”

Those matters are under investigation by various state and federal authorities and are also the subject of an impeachment probe by the Assembly Judiciary Committee.

Cuomo’s performance struck a sour note with Assemblyman Ron Kim (D-Queens), a fierce critic whose uncle died in a nursing home after suffering symptoms of COVID-19.

“I think many of us warned that if we don’t remove him from his position of power that he would milk every ounce of policy for his own gain — and we’re seeing that in real-time,” Kim said midway through Cuomo’s speech.

“It’s what we’ve seen over the past couple weeks, him traveling around the state using public resources to promote his image and his brand.”

Cuomo’s current term expires next year and he has a campaign fundraiser scheduled later this month, for which tickets cost $10,000 per person or $15,000 per couple.

Kim also noted that the labor leaders who appeared with Cuomo “don’t have a choice, because if they don’t show up, it might impact their members and the governor might do something.”

Vivian Zayas — who co-founded the “Voices for Seniors” advocacy group after her mom caught the coronavirus in a nursing home and died last year — was equally outraged.

“This event is shameless. I’m going to throw up. I’m going to lose my salad. Another Cuomo celebration, another fundraiser,” she said while watching.

“We still don’t have any accountability for nursing home deaths. This is an added insult.”

Zayas also turned Cuomo’s reference to Sept. 11 back on him.

“We need a 9/11 commission to find the truth about what happened in nursing homes,” she said. 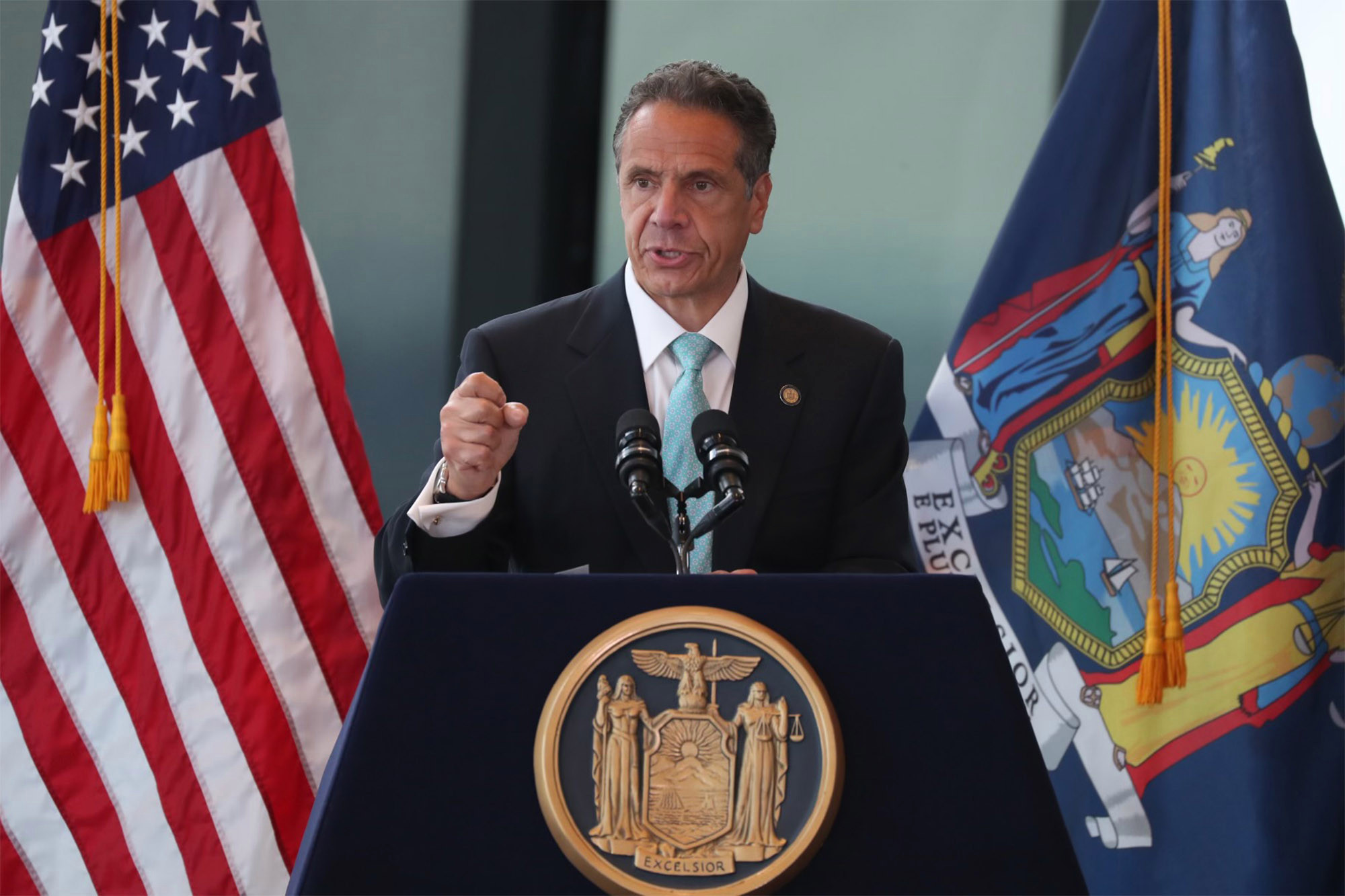