The closing ceremony of the city’s ticker-tape parade honoring essential workers along the Canyon of Heroes Wednesday will be “stripped down” due to scorching temperatures, according to Mayor Bill de Blasio.

“We have a little bit of a challenge because we do have some heat tomorrow,” de Blasio said during his daily press briefing.

“It’s something we have to work with, and we are going to make some changes to keep people safe.”

The city will be under a heat advisory on Wednesday, though the 94-degree high will feel “less bad” than the sizzling heat wave last week.

The parade — honoring “hometown heroes” such as teachers, nurses and doctors — will begin at 11 a.m. in Battery Park, with “thousands” marching up Broadway to City Hall, according to Hizzoner.

It will cap with a planned ceremony that will now be “stripped down” and include fewer people than originally planned, with the real-feel high forecast to reach 105 degrees, he added.

Queens nurse Sandra Lindsay, the first American to receive a COVID-19 vaccine dose outside of a clinical trial, will serve as the parade’s grand marshal, de Blasio said.

The city will also add cooling and water stations along the parade route, de Blasio said.

De Blasio said the event will be “memorable” and a “major celebration.”

“We want to welcome all New Yorkers to come be a part of it and celebrate our heroes.”

At the pandemic’s peak in April 2020, de Blasio first vowed to pay tribute to the Big Apple’s essential workers who put their lives on the line — once COVID-19 safety restrictions were lifted.

“The day is coming where we will overcome this disease,” de Blasio told reporters at the time. “When that day comes that we can restart the vibrant, beautiful life of this city, the first thing we will do is have a ticker-tape parade.”

“We will honor those who saved us.”

The Broadway Canyon of Heroes parade route has celebrated major figures such as Winston Churchill, the Apollo 11 astronauts, Pope John Paul II, as well as the Mets, Yankees, Rangers and Giants championship teams. 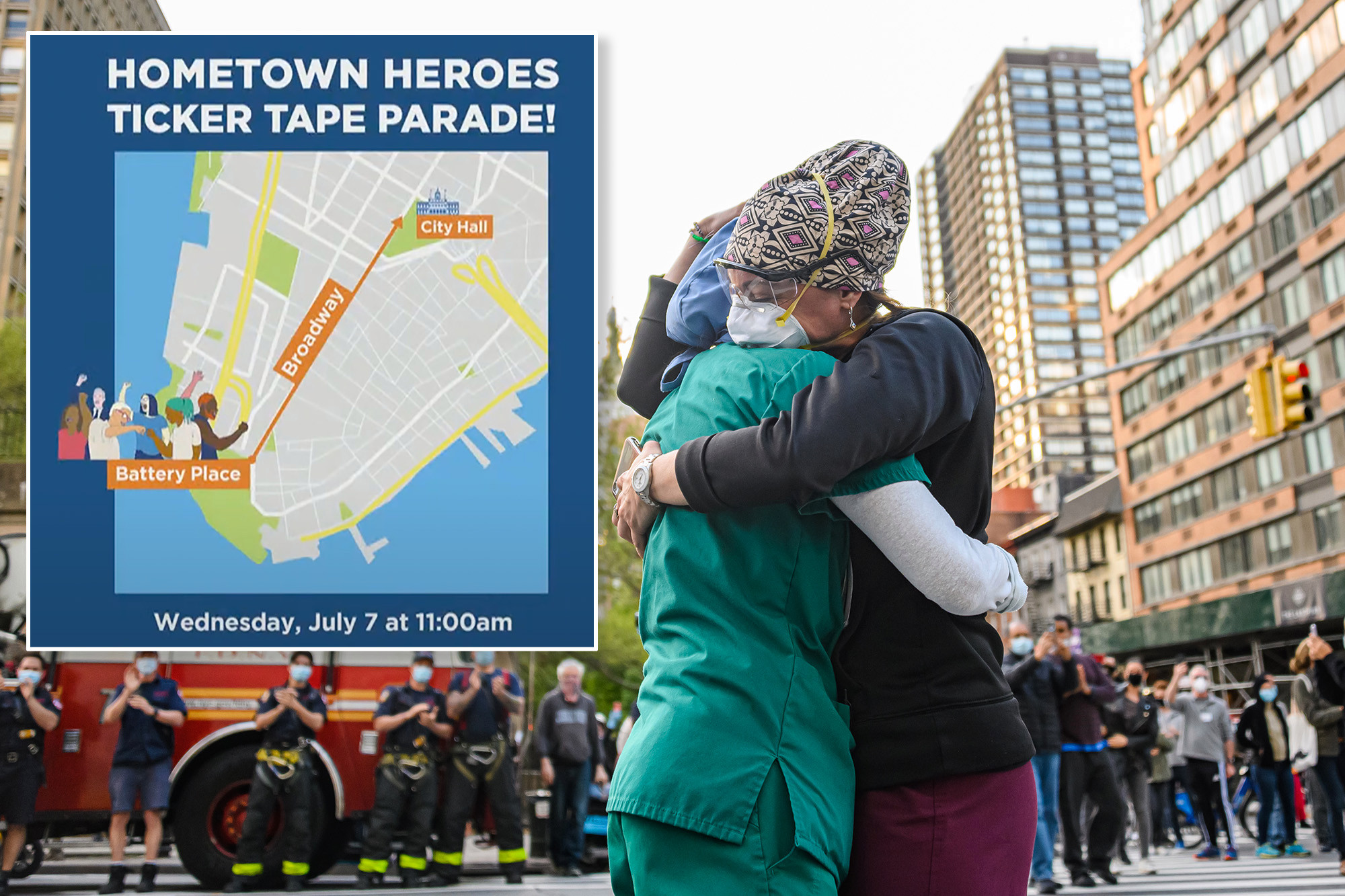