Mayor Bill de Blasio warmly congratulated Eric Adams on his victory in the Democratic primary to replace him Wednesday, just hours after the Brooklyn borough president’s competition conceded the race.

Hizzoner’s tweet is his first public remark on the outcome of the race — a contest where he declined to make a public endorsement, but made swipes at Adams’ opponents and was widely viewed as working behind the scenes to boost the ex-cop’s candidacy.

“Congratulations to my fellow Brooklynite @ericadamsfornyc,” the mayor wrote on his personal Twitter account. “Winning the Democratic primary takes building a coalition of working families across our city and that’s exactly what you did. Looking forward to all you will do for the people of NYC!”

De Blasio repeatedly refused to reveal who he put on his Democratic primary ballot, but made little secret of his support for Adams, who he has viewed as a natural political ally throughout his tenure at City Hall, sources said.

In February, he convened top city labor leaders and urged them to get behind Adams’ candidacy, Politico New York first reported. All of the labor leaders who attended the Gracie Mansion confab eventually endorsed the Brooklyn mainstay.

Hizzoner also derided one top contender, Andrew Yang, as clueless about municipal affairs and described Kathryn Garcia’s decision to campaign with Yang during the closing days of the race as “opportunistic.”

And he did it while declining to criticize the Adams’ campaign for putting out statements that labeled the joint campaigning between Yang and Garcia — a common tactic in ranked-choice competitions elsewhere — as “voter suppression.”

City Hall continued to decline to say who de Blasio voted for when reached for comment on Wednesday. 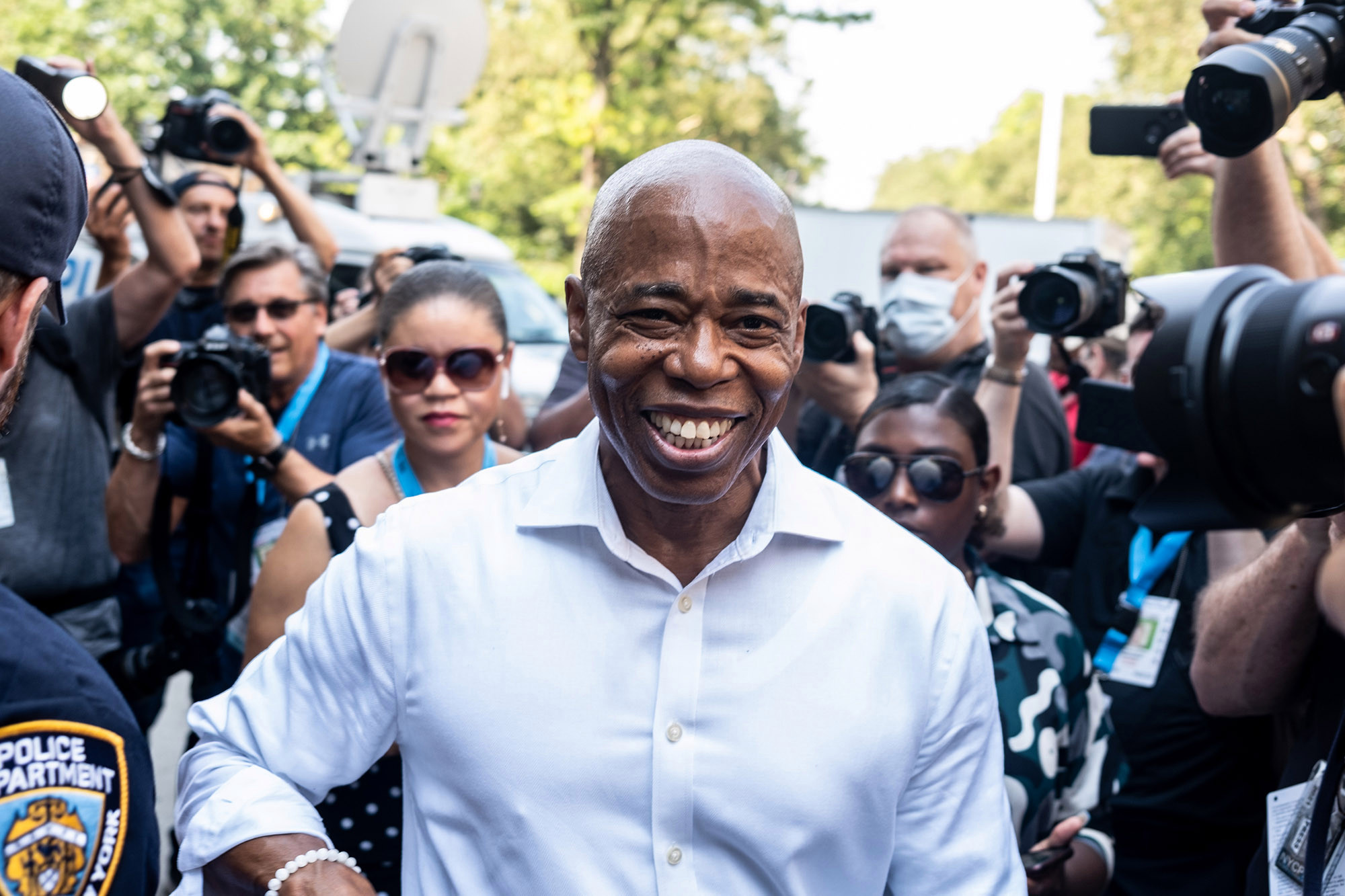