The city will grant $100 “baby bonds” to every public school kindergartner beginning next school year and hand out $45 million worth of CUNY scholarships, as part of Mayor Bill de Blasio’s “Juneteenth Economic Justice Plan.”

“This is a way of creating a universal New York City scholarship account for every public school kindergartener, starting next year – an approach that is exciting and powerful,” de Blasio said Thursday morning during his daily press briefing of the expansion of the 529 college savings pilot program, originally implemented in Queens.

The four-year city public university scholarships will go to 2,800 black and low-income students, and the $15 million toward college savings accounts via the 2022 fiscal year budget will be available to every public school kindergarten student in September, according to the mayor.

The CUNY scholarship fund will help out 1,000 students at Medgar Evers College in Crown Heights and 1,800 low-income students in neighborhoods most decimated by COVID, in NYCHA housing developments, and other poor areas, according to City Hall. In addition, the mayor said more than 200 students will have the opportunity to participate in paid internships and career preparation programs.

De Blasio said the Juneteenth blueprint is an example of “purposeful, focused efforts” to close the wealth gap between black and white New Yorkers.

“We know that Juneteenth is the perfect time to make an impact,” de Blasio said of the holiday — also known as Jubilee Day and Freedom Day — celebrating the emancipation of enslaved African Americans in the United States on June 19, 1865.

“This what racial equity looks like in action,” he said. “It is not just lip service.” 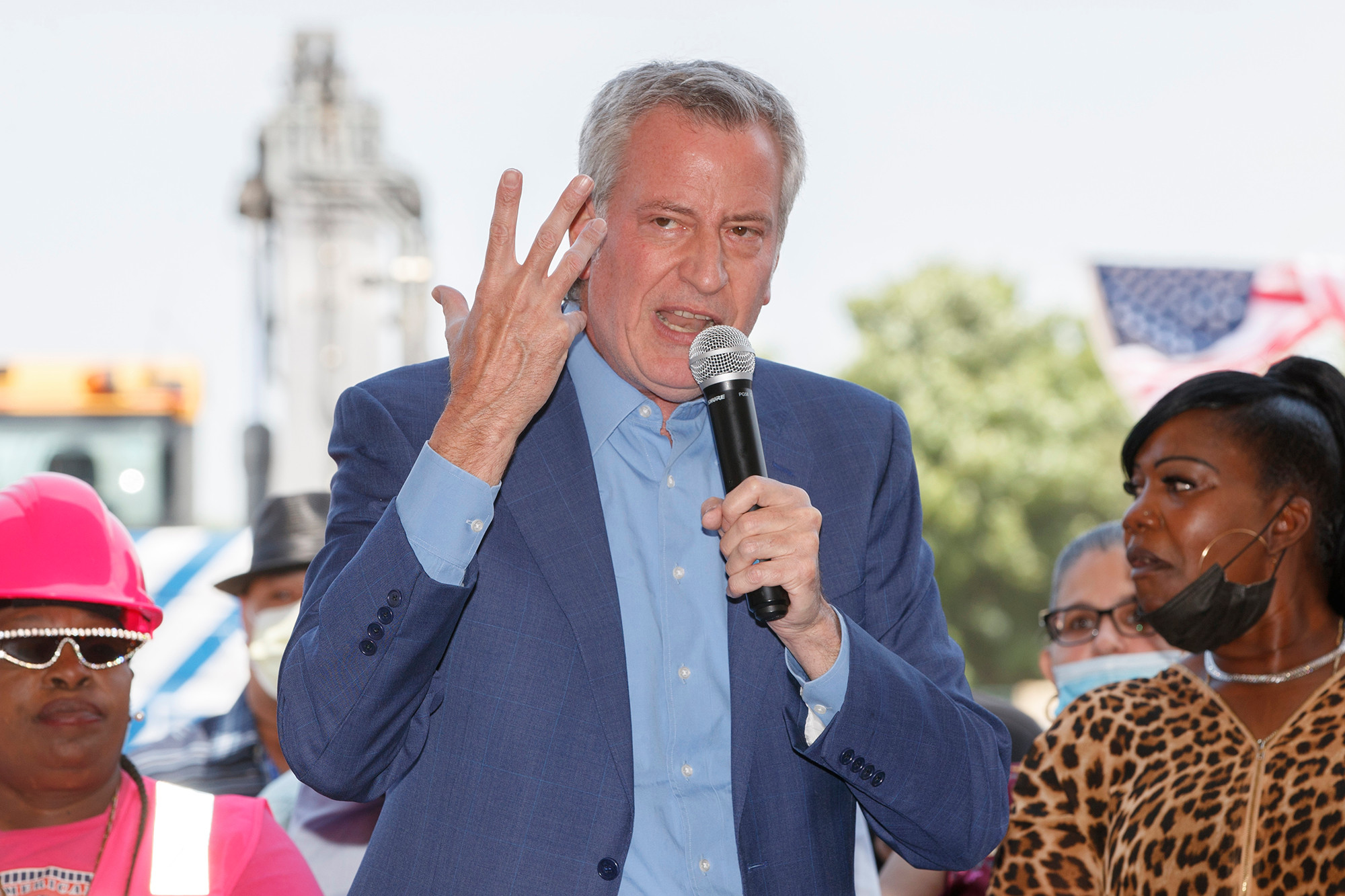