The NYPD needs to “rethink” its new “Digidog,” Mayor de Blasio said Wednesday — a day after a clip of the robotic dog in action went viral and sent tongues wagging.

Hizzoner hesitated when he was questioned about the video, which been viewed more than 8 million times and left some to compare the programmable pooch to an episode of “Black Mirror.”

“I haven’t seen it, but I certainly share the concern that if in any way it’s unsettling to people, we should rethink the equation,” de Blasio said at his daily press briefing. “I don’t know what is being done to test it — I’ll certainly talk to the commissioner about it. I don’t want people to feel that something is happening that they don’t know about. So we’ll work that out.”

The clip showed the “Digidog” casually strolling out of a housing project in Manhattan following the arrest of Luis Gonzalez, 41, an NYPD rep said Tuesday.

Cops arrived to the scene to find Gonzales sequestered inside an apartment with a mother and baby, who exited unharmed, the NYPD said. Gonzalez was apprehended after about two hours of negotiations.

The dog “was not utilized,” the rep said.

Twitter user @hella_leigh shared the video, along with the caption, “By the time my kids are old enough to watch Black Mirror it’s going to be a documentary series.”

Police also used the dog back in February while responding to a home invasion and hostage situation in the Bronx.

By the time cops responded, no one was there.

The bot weighs 70 pounds, has cameras and lights, is capable of two-way communication and is able to use artificial intelligence to navigate its environment, police said. 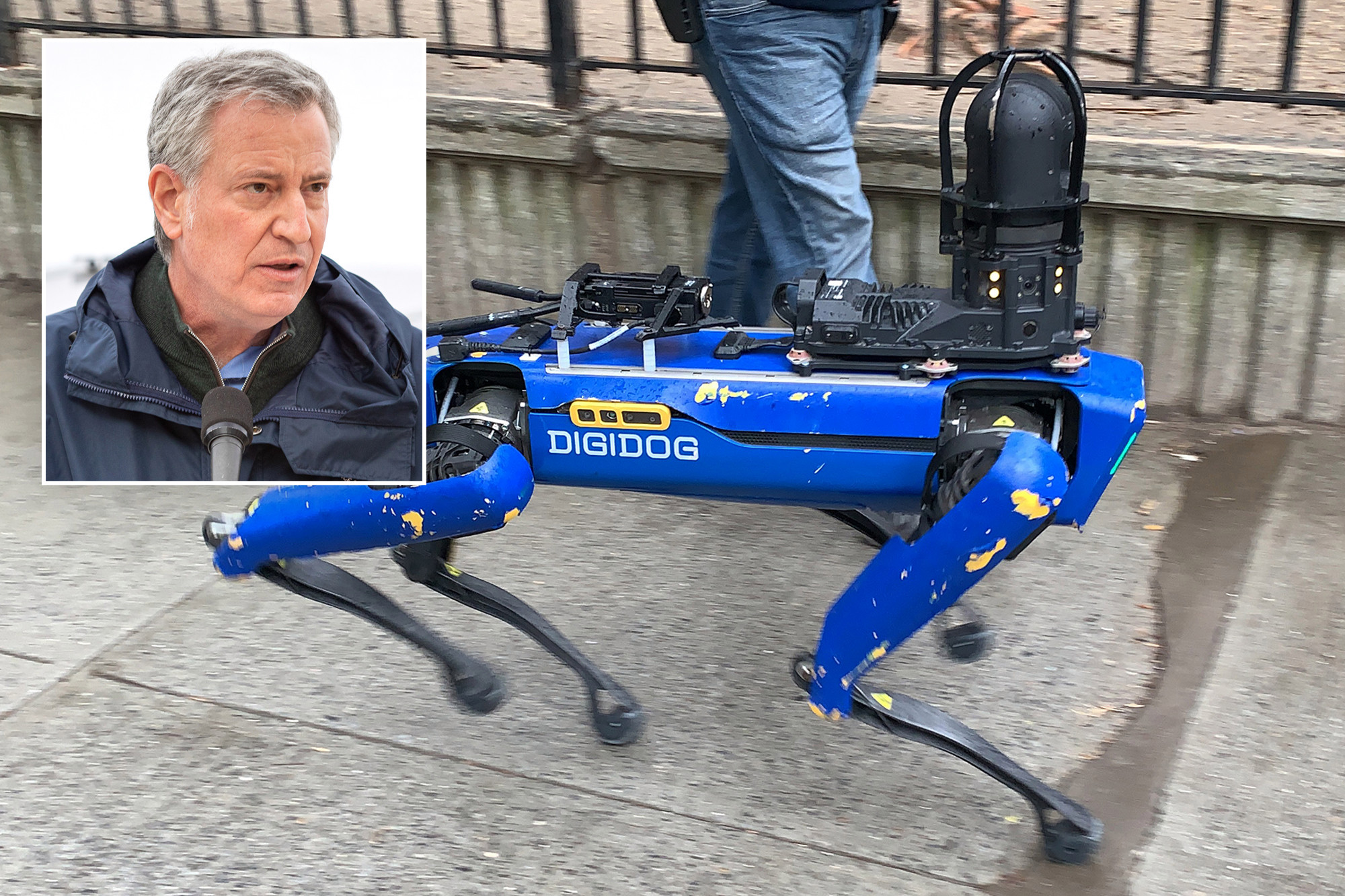