A delivery person was struck by a stray bullet Sunday when another man was gunned down on the grounds of a Brooklyn NYCHA complex, police sources said.

The deceased victim, Felton Durant, 23, was in front of a building within the Red Hook Houses on Centre Mall near Clinton Street at 5:30 p.m. when he was shot in the torso, buttocks and hand, police said.

Meanwhile, a 29-year-old deliveryman was taking a piece of glass furniture out of his truck and bringing it to the building when he was grazed in the upper arm by a stray slug, police sources said.

Durant was taken to Methodist Hospital, where he was pronounced dead, and the deliveryman was treated and released from the same hospital.

The shooting preliminarily appeared to be gang- and drug-related, cops said.

Investigators discovered what appeared to be crack cocaine near the scene — in addition to four .45-caliber shell casings and three fired bullet fragments, police sources said. 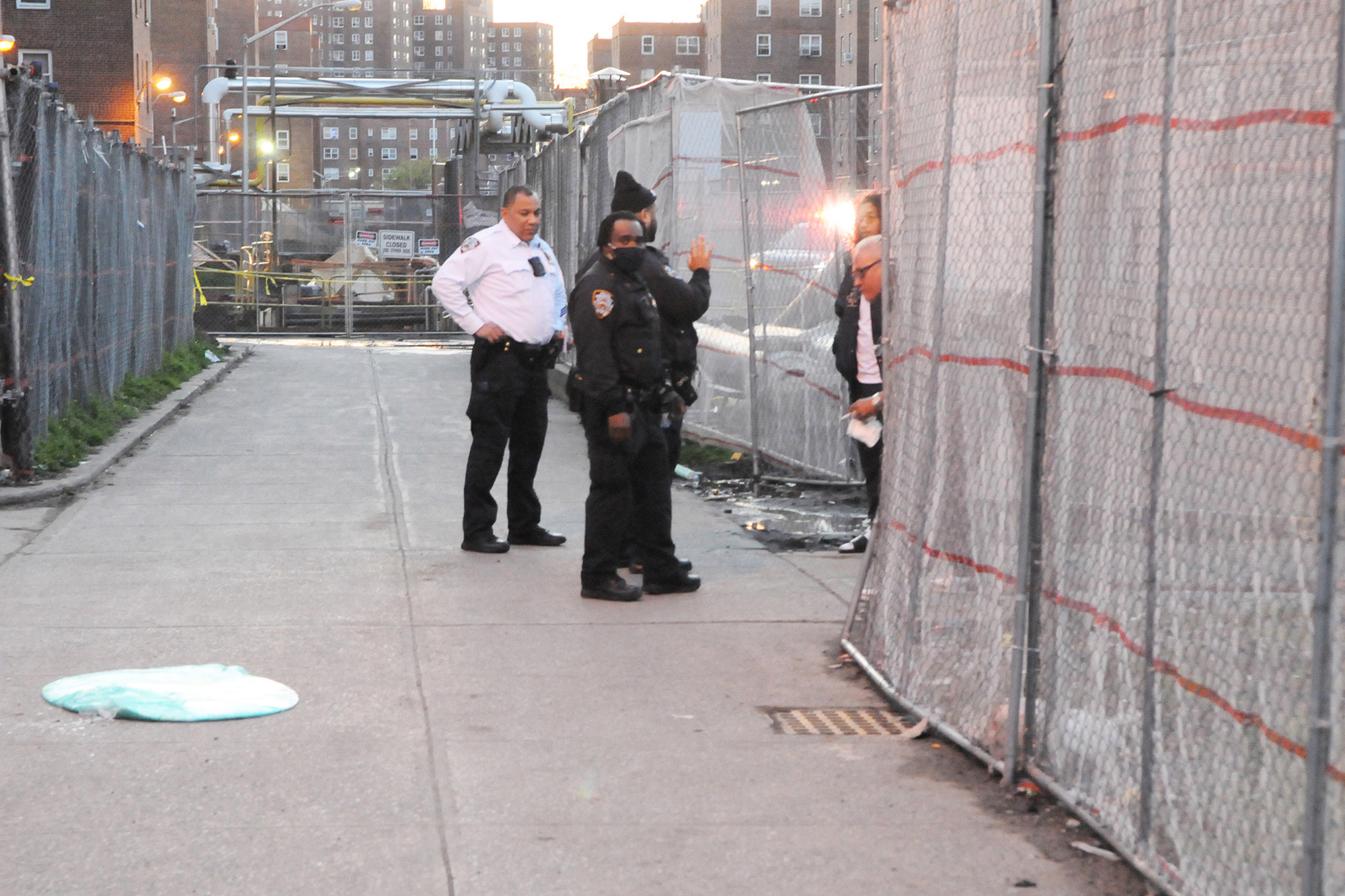