The city’s Department of Correction has “real issues to be addressed,” Mayor Bill de Blasio admitted Monday — the day after The Post exclusively reported how hundreds of fed-up guards have departed for the NYPD in recent years.

Hizzoner agreed with DOC head Vincent Schiraldi’s blunt assessment to The Post that morale is “very low” within the department — as it surfaced that the newest class of 555 NYPD recruits includes 42 former DOC officers.

“Look, it’s a tough job, and it’s been a tough time for the Correction Department,” said de Blasio during a wide-ranging press briefing.

But the mayor, in the final half-year of his second term, said better days are coming for DOC guards, citing the reduced workload expected with the recent closure of a Rikers Island facility and a gradual return to normalcy in the city’s court system with the COVID-19 pandemic slowing.

“We’ve really tried to address a number of the concerns officers have,” he said. “Very good news has been that we’ve been able to close down another building at Rikers and therefore not need as many officers to cover the inmates we have.

“And also the courts [are] finally starting to come back to life more,” de Blasio continued. “We need to see much more of what we’re seeing now, but at least it’s started so people who are deemed appropriate to go to state prison are now being moved out of our city jails.”

Current and former DOC guards interviewed for the front-page Post story cited a poor and unresponsive agency administration and an expectation to pull double and triple shifts as some of the reasons for their displeasure.

De Blasio said he felt the DOC is headed in the right direction but conceded that the city has its work cut out for it.

“So we see some reason for progress that I think are going to help a lot,” he said. “But there’s real issues to be addressed, and we’ll keep addressing them for sure.”

His sentiment echoed that of Schiraldi, who was named commissioner of the embattled DOC just last month.

“Morale at the Department of Correction is very low,” Schiraldi told The Post on Sunday. “It’s been a month, and I think I’m playing to reasonably good reviews. But there’s no switch you pull on the wall that all of a sudden makes people happy to come to work.” 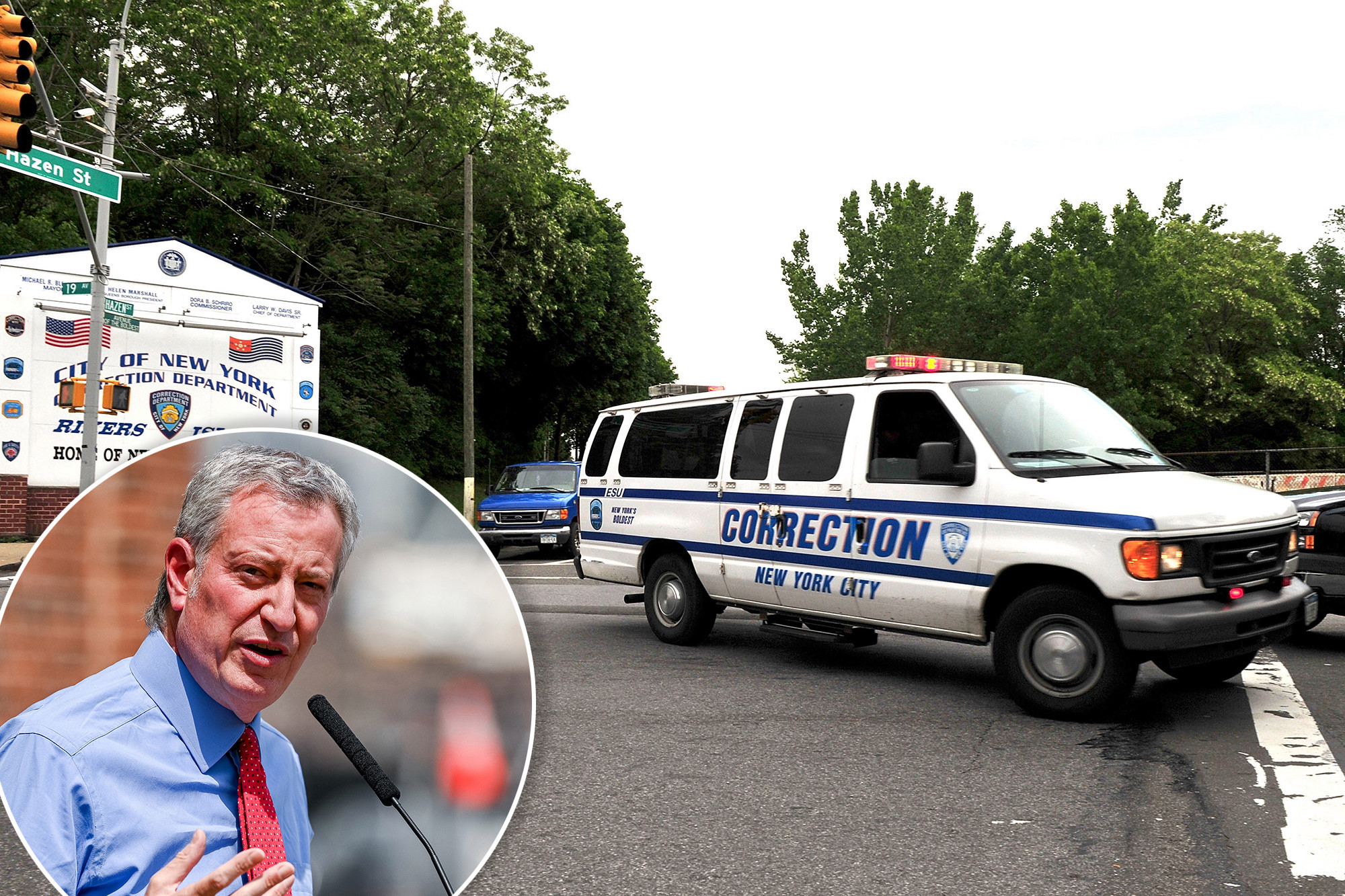