The city may need to get its “Vision” checked.

Pedestrian deaths in the city have surged 58 percent so far this year compared to the same period in 2022 — to 41 deaths from 26 — despite Mayor de Blasio’s “Vision Zero” program to make city streets less dangerous for walkers.

In 2018 and 2019 there were 31 and 34 pedestrians killed, respectively, in the same Jan. 1 to April 28 period, according to city Department of Transportation data.

On April 24 in Brooklyn, a callous motorist behind the wheel of a luxe white BMW X6 mowed down 77-year-old Marguerite Iskenderian as she crossed Nostrand Avenue at Avenue H in Midwood just after 9 p.m. — and left the scene, law enforcement sources told The Post. The hit-and-run driver remains at large.

In another Brooklyn tragedy last month, a Crown Heights pedestrian died two days after an MTA bus driver struck a pole — which then fell on top of him, cops said.

The 36-year-old bus driver was heading east on Eastern Parkway near Utica Avenue just after 7 p.m. April 8 when he swerved to avoid a disabled vehicle and the bus’ mirror swiped the pole, authorities said. Lance Margolin, 59, of Prospect Lefferts Gardens, was taken to the Kings County Hospital Center with head injuries and died April 10, cops said.

On April 17, Hing Chung, a 71-year-old Bensonhurst resident, was hit by an e-biker near the intersection of Amsterdam Avenue and West 78th Street on the Upper West Side at about 1:30 p.m. He succumbed to his injuries eight days later.

Police said Chung had “stepped out in between two vehicles parked at the location.” The biker, who remained at the scene, was not charged, cops said.

Mayor de Blasio launched Vision Zero in 2014 to target “problem streets” for safety improvements, such as re-timed traffic signals, bike lanes and new signage. The city also reduced the speed limit to 25 mph on most streets.

“Vision Zero inconvenienced pedestrians and motorists. The protected bike lanes narrowed the road, made traffic much worse and made crossing the street like crossing a motor speedway,” he said. “It’s super dangerous and older people don’t have a chance against all the different modes of transportation. It’s confusing.”

“As New York City emerges from the COVID-19 pandemic, we look forward to continuing street improvement work that was curtailed by last year’s limitations,” she added. “We will continue expanding our proven street safety programs and work with speed cameras and automated enforcement, where authorized by law. We will also work with NYPD on targeting enforcement to crash-prone areas.” 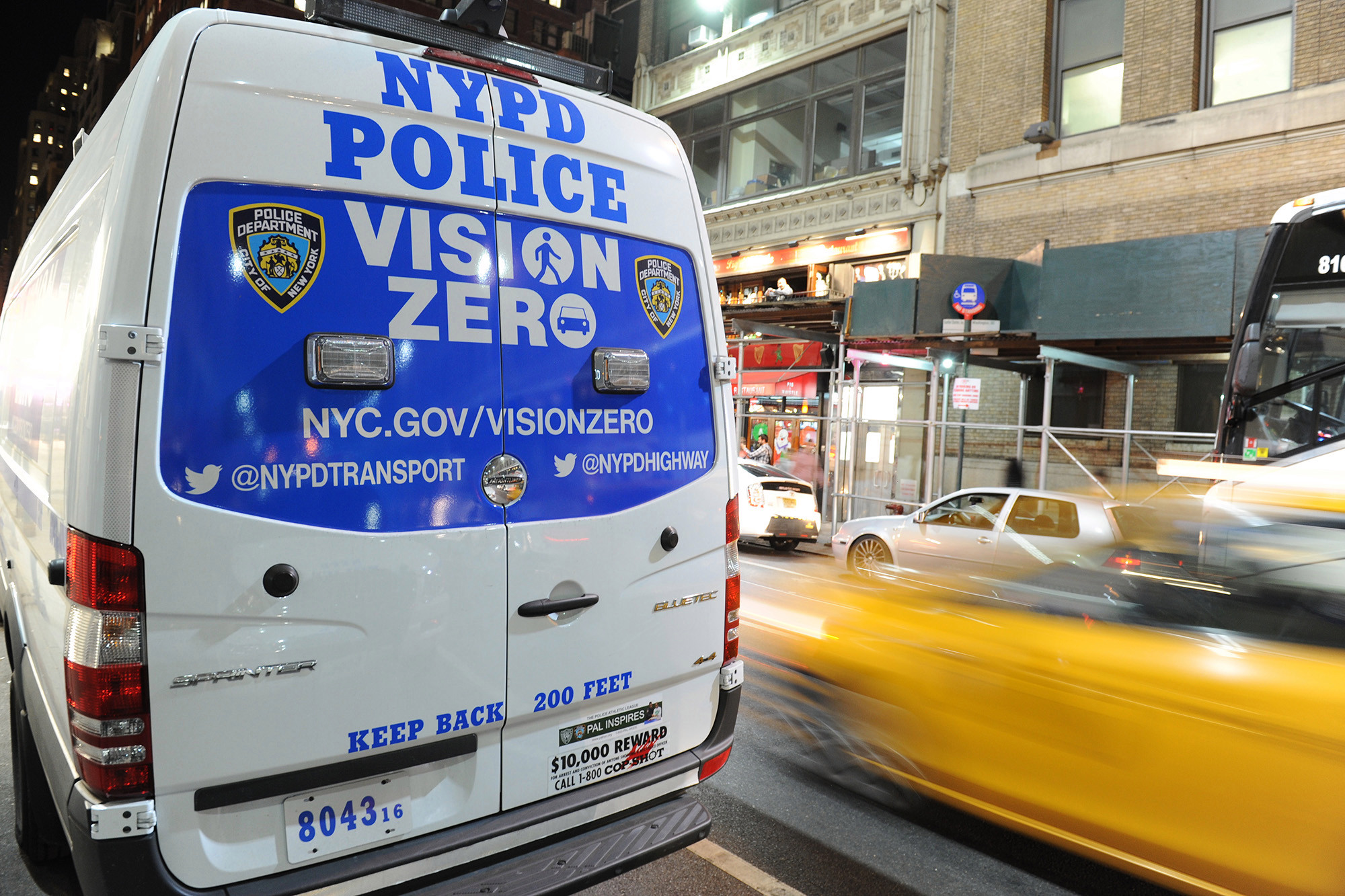