A couple died Friday morning in a motorcycle crash in Brooklyn, police said.

The accident happened just before 11 a.m. as the 37-year-old man was driving his motorcycle north on Rodgers Avenue in Crown Heights with a woman riding on the back, cops said.

Police say the man tried to pass a box truck near Bergen Street, struck a parked car and collided with the truck.

The woman, whose age and name were not immediately known, died at the scene, according to police.

The driver, whose name was not released, was rushed to Interfaith Medical Center, but he could not be saved, cops said. 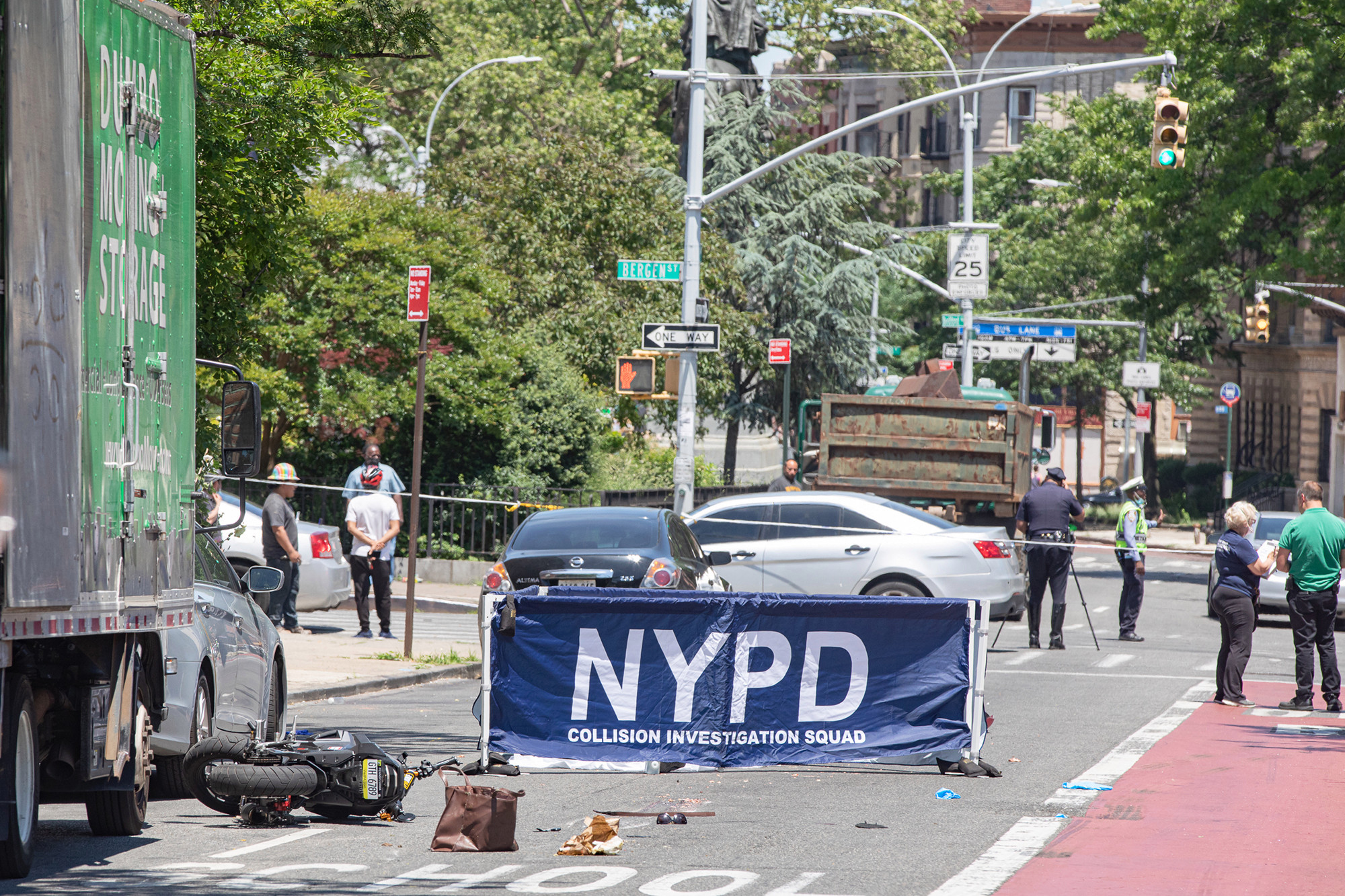