Two muggers pummeled a 28-year-old man inside a Brooklyn train station last week — and later tried to use the bank cards they stole from him at a florist, cops said late Tuesday.

The victim was leaving the Euclid Avenue A and C train station at 10:15 a.m. June 9 when one suspect approached him and started up some small talk before socking him in the face, authorities said.

A struggle ensued, before a second assailant approached and also punched the victim.

The duo took off with the victim’s Batman wallet, ID, bank cards and his Galaxy Buds Pro headphones, cops said.

Both men took off — the first suspect on foot and the other on a motorized scooter, police said.

The victim went home and called 911. He was taken to Brookdale University Hospital Medical Center, where he was treated for a severe injury to his left eye and a laceration to his face.

The suspects, meanwhile, tried to use one of the victim’s cards at a nearby florist — before heading to a bodega on Lincoln Avenue, where they were caught on surveillance video. 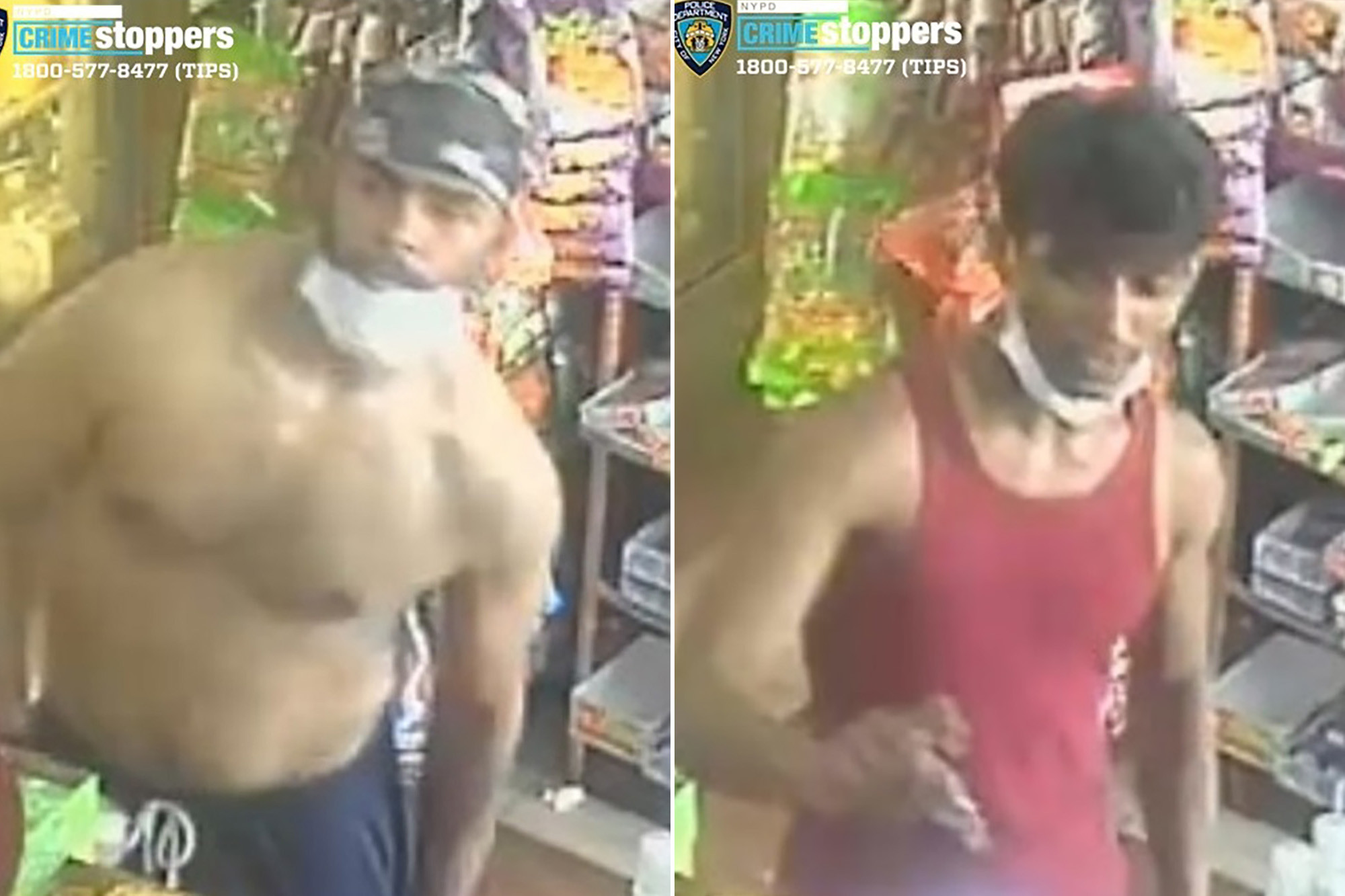