This week, senior centers in New York City welcomed back the elderly for indoor activities after being closed for more than a year. This report produced by Freddie Joyner.

85-year old Justo Fleitas says it feels good to be back doing what he loves: playing pool with his buddies.

After being closed for over a year, senior centers in New York City finally welcomed back the city’s elderly for indoor activities this week.

Folks like Fleitas — many of whom weathered months of isolation and fear — were finally able to reunite with a small group of friends.

Like Flietas, many seniors were left in the lurch during the health crisis, with nowhere to safely socialize, according to Program Coordinator at Star Senior Center, Maggie Hernandez:

“Before we opened, seniors were already calling, asking for us to reopen … It was very challenging for all of us, not only for our seniors, but for our staff too. We faced new challenges, being closed, doing everything online, including running classes, teaching seniors how to use Zoom was a challenge in itself. But we were able to get it all done.”

According to Hernandez, staff at Star Senior Center made some 35,000 wellness calls to its seniors who reported suffering from isolation, anxiety and depression.

Centers such as this one in the Washington Heights neighborhood of Upper Manhattan are a lifeline for many senior citizens who rely on them for food, companionship and recreation.

Mayor Bill de Blasio: “Seniors bore the brunt of the COVID crisis, they were the most vulnerable, and we all had to do everything in our power to protect our seniors.”

Many senior centers have struggled to come back while trying to adhere to COVID-19 requirements.

But on this day at Star Senior Center, a small but determined group of elderly women stretched with the aid of chairs and moved to the beat of blaring Latin music. 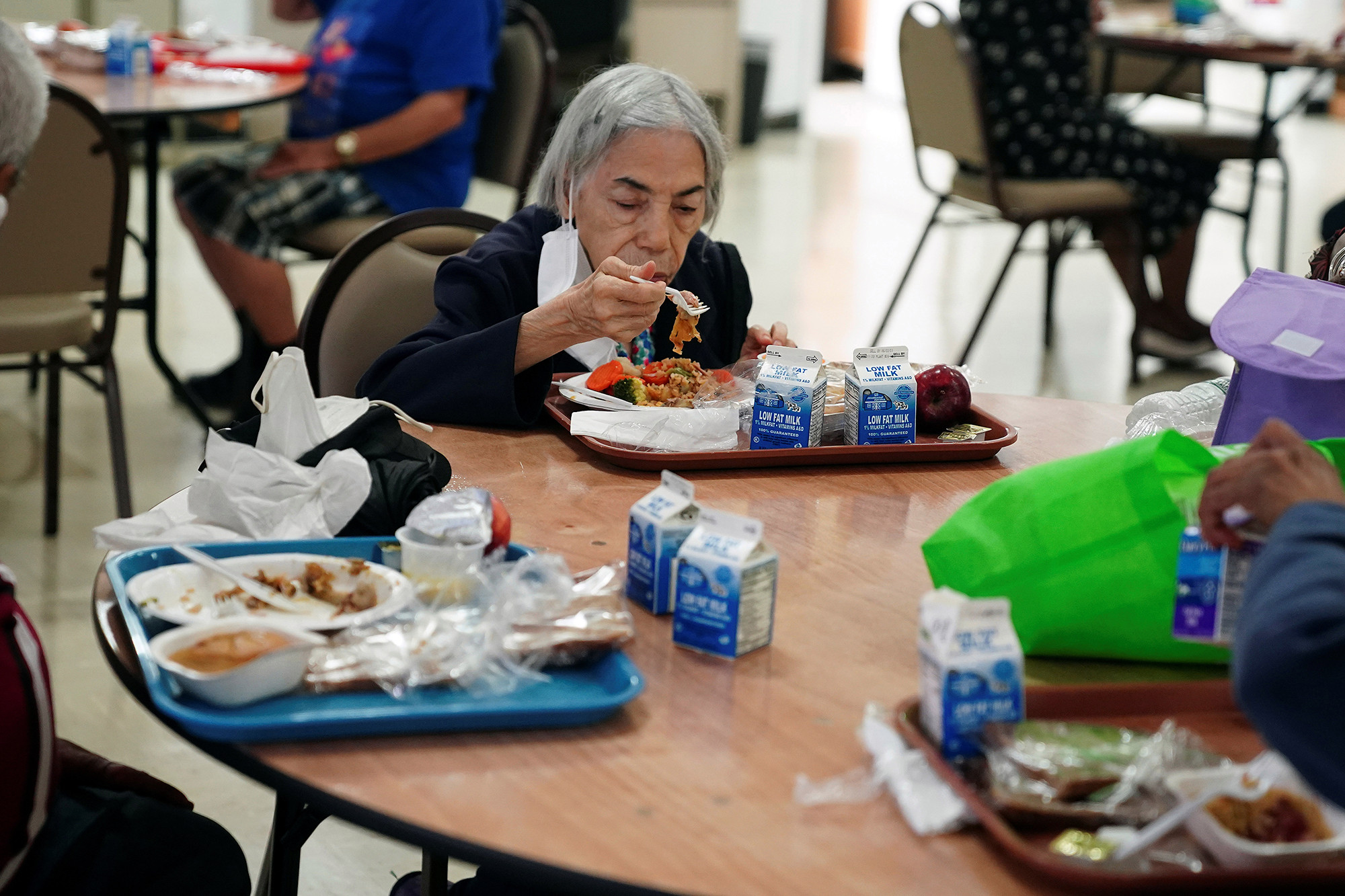