The head of the union representing 4,300 of the FDNY’s EMS workers said Mayor Bill de Blasio’s July 7 ticker-tape parade honoring the heroism of COVID-19 emergency responders and workers is a cheap gesture without hiking the salaries of his underpaid members.

“Mayor de Blasio, 4,300 of us at the FDNY EMS agree that essential workers should be celebrated for their immense efforts during the pandemic. However, it is the height of hypocrisy, and irresponsible, to treat New York City’s heroic EMTs, Paramedics and Fire inspectors as indentured servants,” Oren Barzilay, president of Local 2507, the union that advocates for EMS workers, told The Post.

“If you can spend millions of taxpayer dollars on a 4-hour parade, you can easily find the means to follow the lead of government leaders in Beantown who back up their words with actions.”

Barzilay complained that the entry-level salary for the ambulance workers — “New York City’s street doctors” — is $16.95 per hour or $33,000 a year– about two dollars above the minimum “which is not a living wage in New York!.”

He said FDNY EMS workers are paid about 40 percent less than firefighters and police officers.

But in Boston there’s only a modest two percent pay disparity between these first responder groups, Barzilay said.

“Neither sentiments nor a parade will put a roof over the heads or food on the table of the brave women and men of the FDNY EMS, who are this city’s critical front line medical first responders,” he said.

“The scales of equity here are far out of alignment. City leadership wants to celebrate us as heroes of the pandemic by showering ticker tape and applause upon us. After the hour or two that this euphoria will last, what’s left? A return to our ambulances for less than $2 above minimum wage.”

EMS medics were in the trenches during the peak of the pandemic, the first to treat and try to save very sick and even dying COVID-19 patients in their homes and transporting them to hospitals.

“But when it comes to the leadership of this city, the treatment of this workforce is an absolute disgrace!,” said Barzilay.

Because of the difficult work conditions and low wages, he said half the EMS workforce quits after three years and 70 percent leave after five years.

He said many of the mostly minority and female EMS medics are forced to moonlight with second or third jobs to survive and many live far away — or with their parents — because they can’t afford the city’s high housing costs.

The union, whose labor contract expired three years ago, has ongoing negotiations with the de Blasio administration. De Blasio’s term ends at the end of the year.

The union endorsed Brooklyn Borough President Eric Adams for mayor, who has pledged to address the pay disparity.

“They need more than a hand clap at 7 p.m. They need pay equity,” Adams said during the endorsement event last week, referring to the nightly pandemic tradition of New Yorkers banging on pots and pans out their windows in honor of first responders.

The pay fight has been a smoldering issue for over a year. De Blasio said last April that the middle of the pandemic wasn’t the appropriate time to address EMS salaries.

EMS workers last year responded to the highest number of medical emergency calls since 9/11 and nearly a quarter of the workforce was on medical leave during the pandemic’s peak in March of 2020. 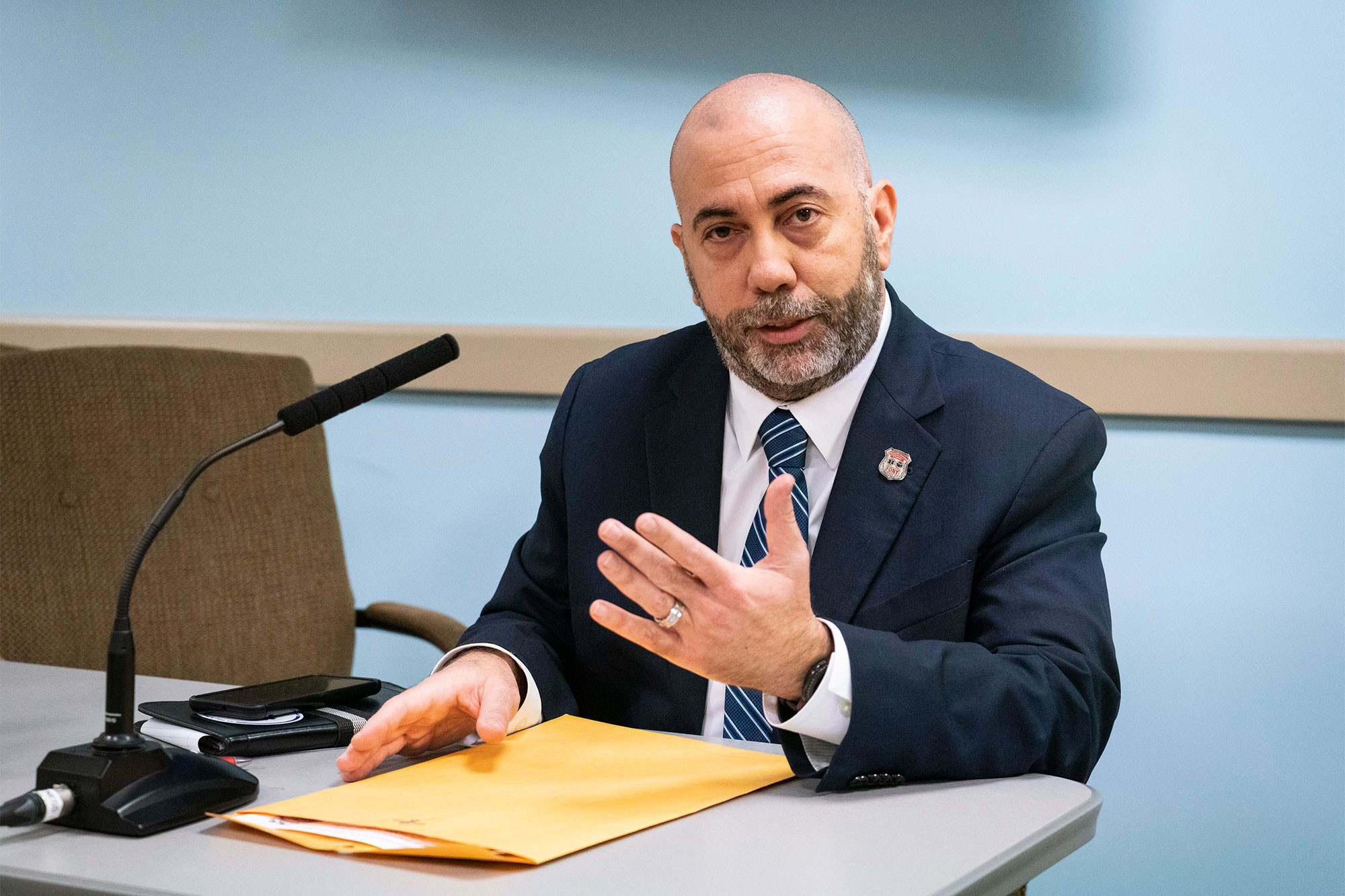