It was an offer he didn’t refuse.

The former cop dined at the East Harlem hangout on Thursday night with a group including the conservative talk show host, whose daughter, Andrea, is chair of the Manhattan Republican Party.

They were joined by another former cop, Richard “Bo” Dietl, whose own mayoral dreams in 2017 ended in controversy with campaign finance violations that he blames on his campaign treasurer.

Catsimatidis told The Post on Friday that Dietl invited him to the dinner — with no mention that the victorious Democrat would also be there.

Still, he said he has known the rival-party candidate “a long time,” sounding impressed as he said, “Eric Adams is talking like he wants to do a good job.”

“I know Curtis Sliwa for 30 years. I am fighting for Curtis. I always support Curtis,” Catsimatidis told the host.

But asked who he would be voting for, he teasingly replied, “Check with me on Nov. 3.”

He was less cagey when asked about the other key ingredient of his night out — the famed restaurant’s eggplant and veal parmigiana, which he had while Adams dined on fish and veggies.

“The food was good,” said Catsimatidis — who left before the check came.

Such cross-party formalities should come as no surprise for those following Adams’ all-inclusive ticket, his advisers told The Post.

“Eric is running to be the mayor of all of New York City, no matter which party, neighborhood, or background,” top advisor Evan Thies said. “He’s always happy to hear the views of leaders from all corners.” 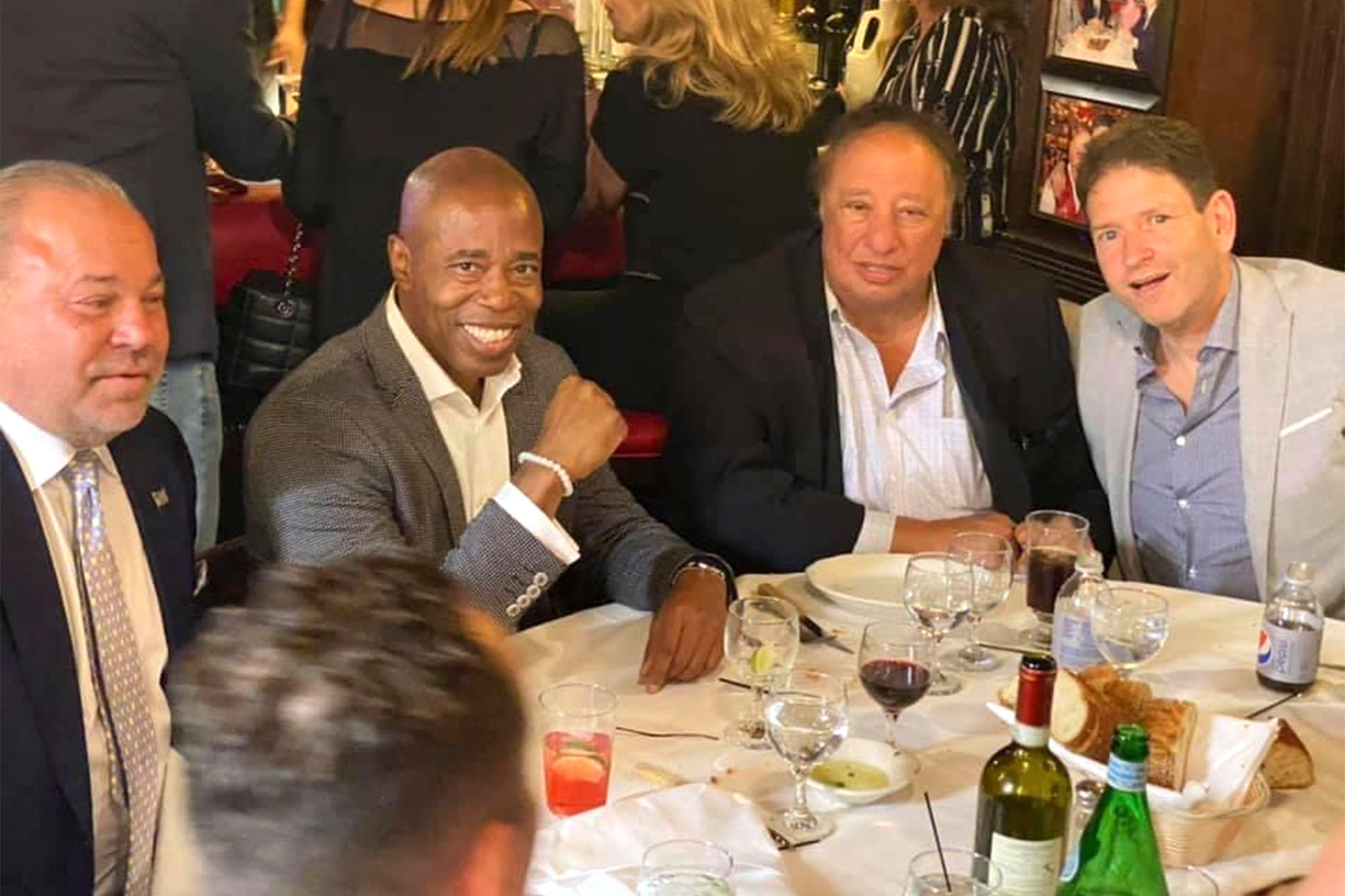