A day after winning the Democratic mayoral primary, Eric Adams made good on a campaign promise — by getting an ear pierced.

The former police captain posted the footage of his left lobe getting needled Wednesday on Twitter.

“On the campaign trail a group of young people met with my son & me. They asked ‘how do we know you’re not like other politicians who make promises they don’t keep,’” he wrote.

“They said we’ll trust you if you promise to pierce your ear when you win the primary. Promise made, promise kept!” he added.

In comments after the jab, he says: “Already lived up to my first promise to that young man. So, if you see it on social media, young man, I told you I was going to do it and I just did what I promised.”

He adds: “Day one living up to my promise.”

Adams eked out a narrow victory in the ranked-choice primary, according to a preliminary count of the final vote tally Tuesday evening.

He emerged narrowly ahead of Kathryn Garcia, 50.5 percent to 49.5 percent, according to unofficial figures posted on the BOE’s website.

“While there are still some very small amounts of votes to be counted, the results are clear: an historic, diverse, five-borough coalition led by working-class New Yorkers has led us to victory in the Democratic primary for Mayor of New York City,” Adams said. 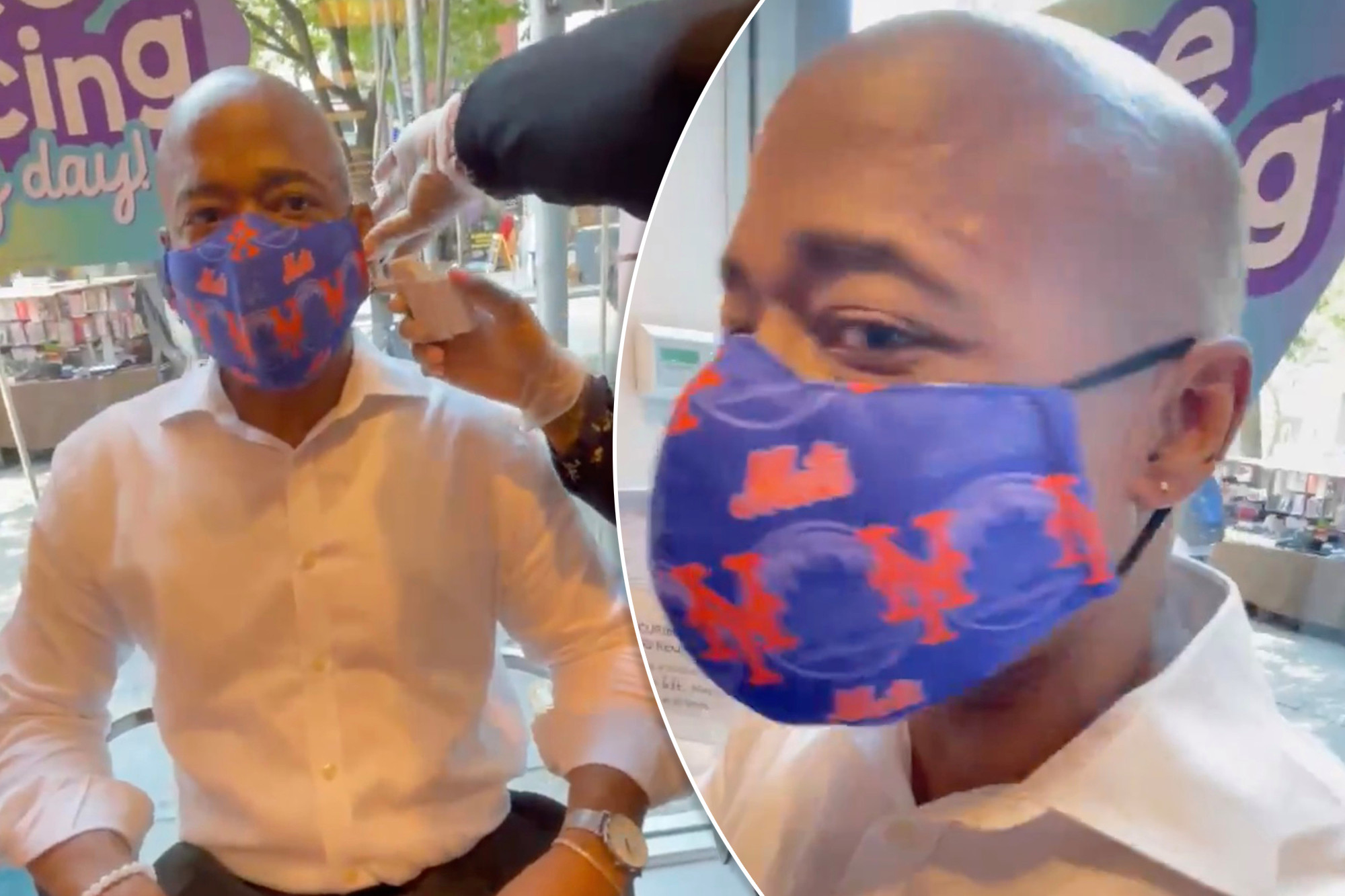