“My commissioner in New York City, if I’m mayor, No. 1 it’s going to be a woman because it’s time to break that glass ceiling,” Adams said on MSNBC’s “Morning Joe.”

Adams, as he has previously, said he has been “communicating with” three woman candidates, though he wouldn’t specify who he would potentially choose when he takes office in 2022.

“I’ve made it clear that my police commissioner is going to be a woman,” Adams said on Bloomberg TV.

“We’re going to finally bring the entire city, the largest police department in the country, into the 21st Century of woman leadership in law enforcement.”

When asked if the women are currently within the NYPD, Adams would not say, because he didn’t want to “jeopardize” the work they’re currently performing.

If and when he wins against Republican nominee Curtis Sliwa in the general election in November, Adams promised he “immediately after” would “reveal the individuals I’ve decided on” to lead the city’s police department.

On his campaign website, Adams lists “appointing the city’s first woman police commissioner” as part of his police reform plan. 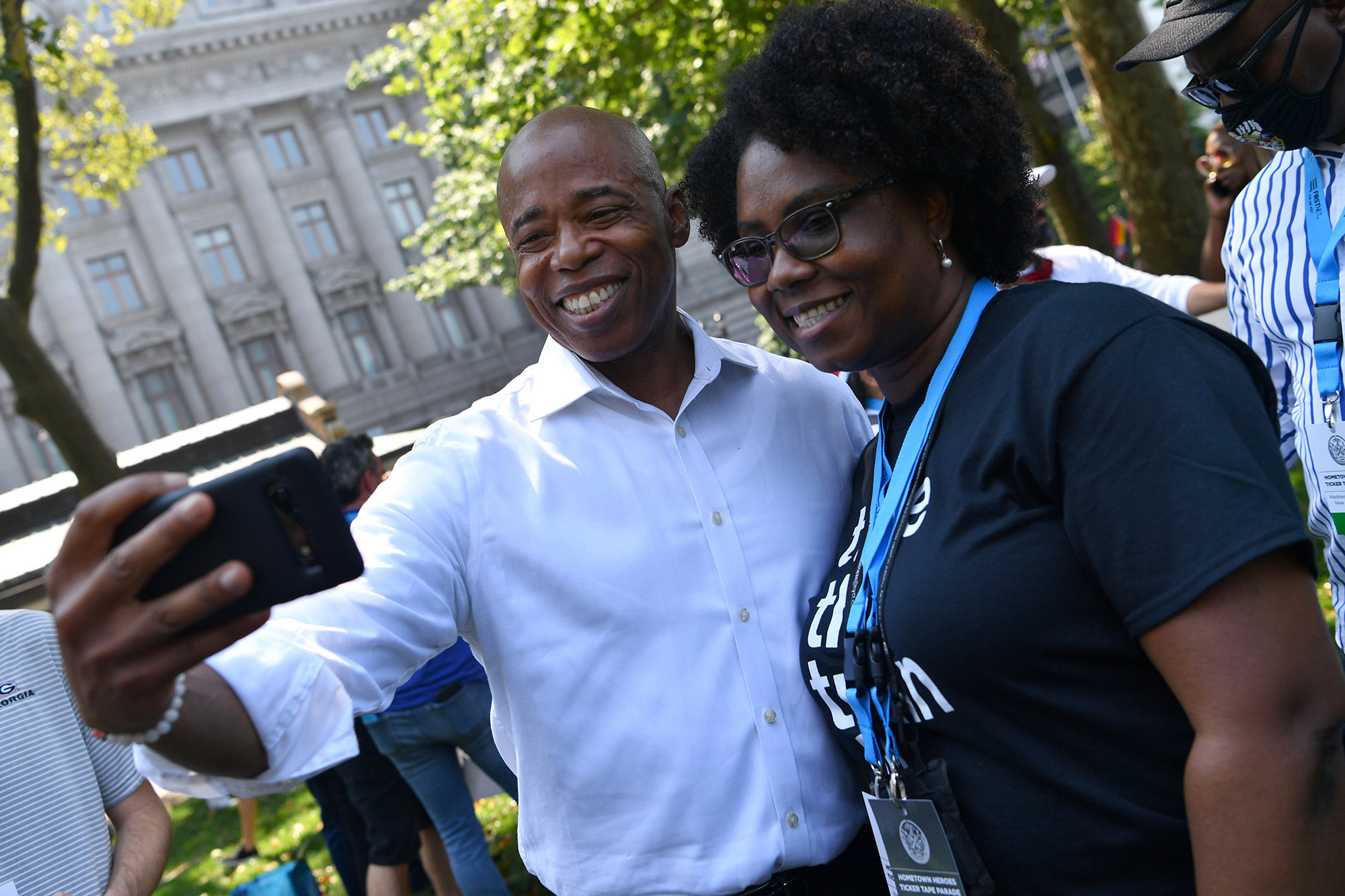