“My first question is, what took so long? And why has it taken us so long, watching these babies die, year after year after year?” Adams said on CBS of the embattled third-term governor’s newly released gun violence prevention plan.

On Tuesday, Cuomo unveiled a seven-point plan that including addressing gun violence like an “emergency public health issue” and using “data and science” to target shooting “hotspots.”

A Cuomo rep did not immediately respond to a request for comment on Adams’ claim the governor is a Johnny-come-lately on the scourge of gun violence.

Meanwhile, the former cop blasted former MSNBC host Touré, a left-wing podcast host with a large following, who claimed on Twitter that Adams wouldn’t live up to his promises to bring change to the city’s police department.

In addition, he made the case for the importance of police patrolling the five boroughs.

“I say that when [Touré] gets on the subway, he does not want to be pushed to the subway tracks, and he doesn’t want to be slashed. He does not want his son to be like young 10-year-old Justin, who was shot and killed in Rockaway by gun violence,” Adams said, referring to Justin Wallace, who on June 5 was shot dead in Queens.

“I say to him and others that if black lives really matter, then it means that we won’t have senseless gang violence in New York, Chicago, Atlanta.”

Adams’ response came after Touré said the former NYPD captain would not bring the “real police reform” the city needs.

“If you marched in NYC last year to protest police violence and this year voted for Eric Adams to be Mayor, I don’t understand you,” Touré said on Twitter, after the bumbling Board of Elections released preliminary tabulations with absentee ballots factored in that showed Adams as the winner in the Democratic primary.

“Cops cannot get us to the real police reform we need.”

The retired NYPD captain centered his mayoral campaign on public safety, and spoke Wednesday morning in a series of TV appearances about his focus on preventing shootings.

“We are not going to have a city with violence,” he said, promising to crack down on violent gang members.

The former state senator vowed that New York City would show other municipalities how it’s done.

“I’m going to unify our party here in the city, and we’re going to show this entire country how to run cities in a correct way,” Adams said on NY1.

“I know how we can turn around not only New York, but America,” he said on “CBS This Morning.”

“New York is going to show America how to run cities,” he added. “We’re in a terrible place, and we can turn this country and city around.” 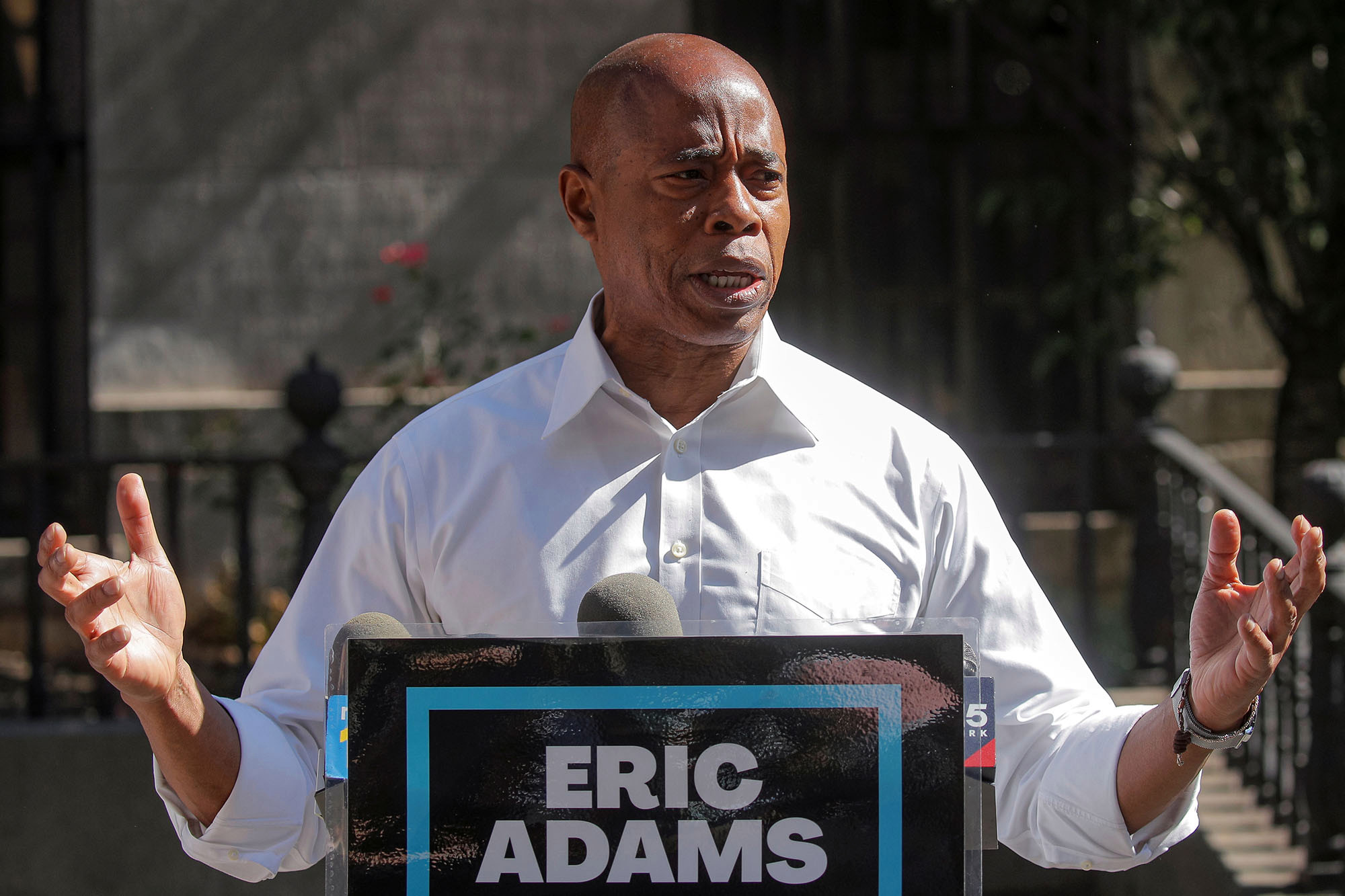