Democratic mayoral candidate Eric Adams said Saturday there was little difference on criminal justice issues between him and progressive Manhattan District Attorney candidate Alvin Bragg — who has vowed not to prosecute a raft of offenses if he’s elected.

“You may look at our new district attorney and his concepts of how he wants to use that office to deal with public safety, to deal with crime. It’s no different than mine,” said Adams alongside Bragg at the Rev. Al Sharpton’s National Action Network in Harlem. “He may take one street, I may take another, but the destiny is the same.”

Adams — a former NYPD captain running on a law-and-order platform that includes increasing policing — and one-time federal prosecutor Bragg won the Democratic nominations for their respective offices this month and are expected to glide to victory in the general election in November.

“Alvin Bragg is going to redefine the prosecutor’s office and how we are going to ensure that we don’t criminalize young people everyday in this city,” said Adams.

“Those (who) would try to pull us apart, they will create these tensions and fights,” Adams said. “They say well ‘Eric said this, and you said that’. Shut up. Shut up.”

Adams said he wanted to make Bragg’s job “boring” by addressing issues like educational failure and mental health concerns that might land some in the criminal justice system.

Bragg pledged to the crowd of about 50 that he would address the issues of “guns on our streets” and racial disparities citywide.

“We’ve been given the most profound obligation,” he said. “The state has the power to take away someone’s liberty. We are going to use that power judiciously and wisely.”

Bragg has indicated he would decline prosecuting: resisting arrest, trespassing, fare evasion, marijuana possession, driving with a suspended license and any traffic violation.

Sharpton celebrated Bragg being set to become the first black district attorney in Manhattan and Adams the second black mayor of New York.

“Tell your children they can be whatever they prepare themselves to be,” he said. 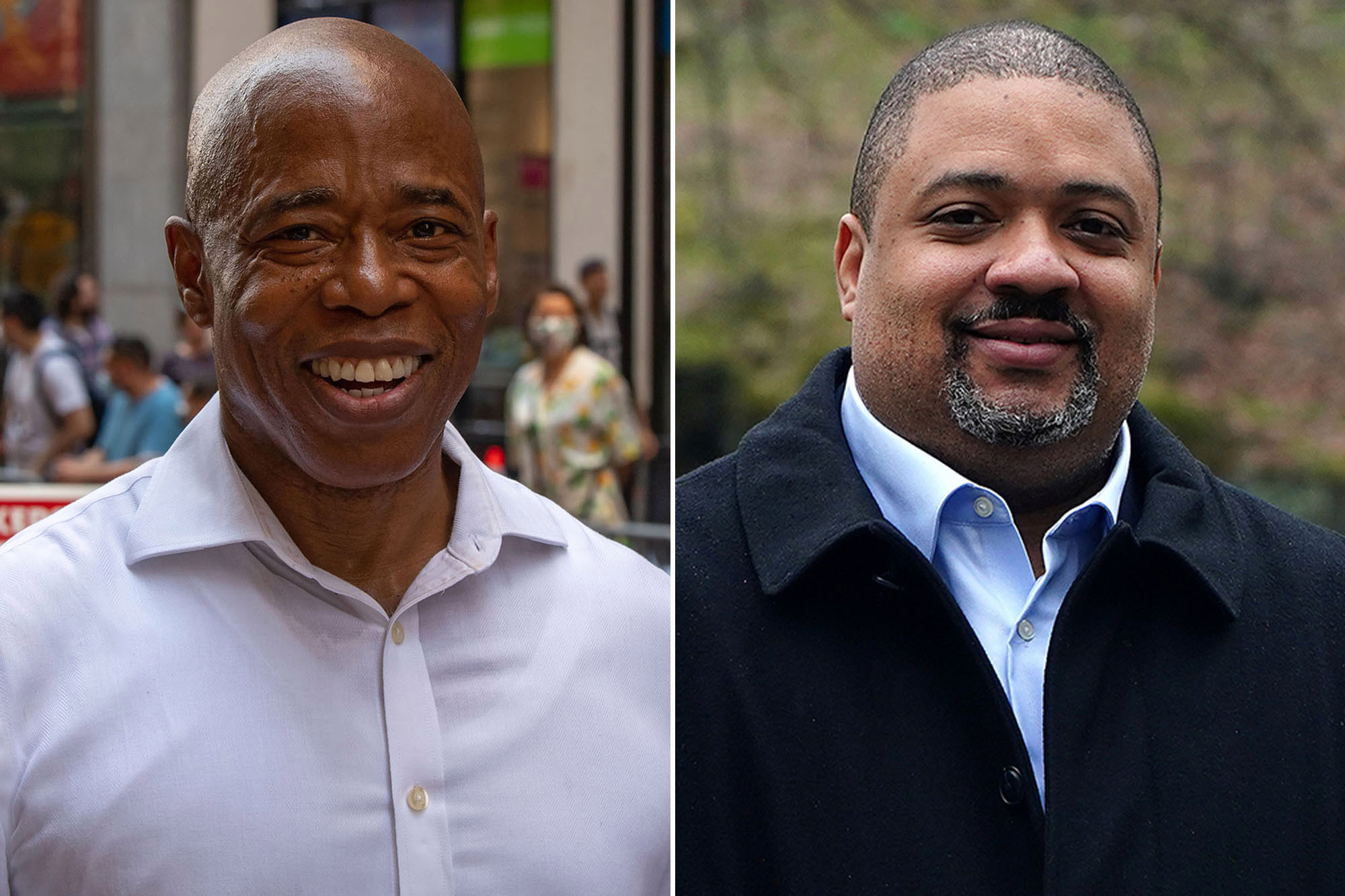