Adams, the city’s Democratic mayoral nominee, received a congratulatory phone call from Biden after last week’s primary and the president thanked him for his efforts to curb gun violence, according to law enforcement sources.

Other city and law enforcement leaders — and Attorney General Merrick Garland — will be in attendance as Biden is expected to talk about the federal effort to stop the flow of illegal firearms.

Gun violence and shooting deaths have skyrocketed in major cities across the nation since the onset of the pandemic.

The surge in crime comes amid a nationwide push for police reform — presenting a challenge for leaders looking to address the issue.

He praised the president for his attention on violence inflicted by people in predominantly black cities using hand guns, rather than focusing on the assault rifles used in less frequent mass shootings.

“I believe those priorities, they really were misplaced, and it’s almost insulting but we have witnessed over the last few years,” Adams said.

“They knew they were dealing with this real crisis, and it took this president to state that it is time for us to stop ignoring what is happening in the South Side of Chicagos, in the Brownsvilles, in the Atlantas of our country.”

Adams also responded to comments from White House Chief of Staff Ron Klain that compared Adams’ and Biden’s coalitions by saying “I duplicated it.” He called himself a blue-collar candidate that is “proud of what the president did.”

“When I saw the president speak in a blue-collar, plain talk, [he] understood the needs of everyday Americans, I was encouraged,” he added.

“I stood my ground, and that was a pathway that I knew, and the numbers really communicated clearly. We captured four of the five boroughs, everyday, blue-collar, New Yorkers. I’m a blue collar candidate, and I’m proud of what the president did.”

Adams, the heavy favorite to become New York City’s next mayor, has said curbing gun violence in the Big Apple would be a priority when he takes office. The candidate, considered a moderate on policing issues, has spoken out against the so-called defund the police movement while outlining a series of reforms. 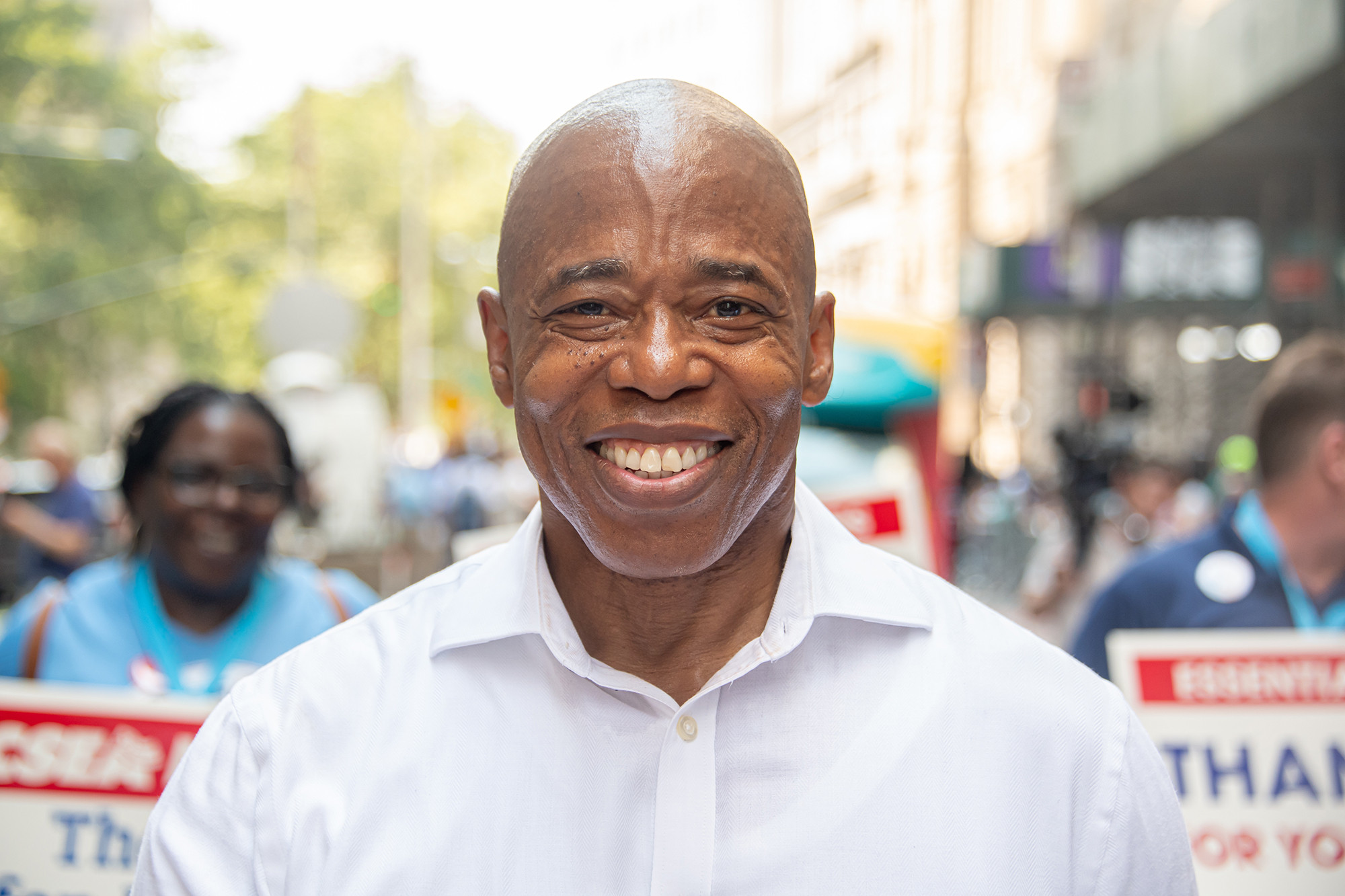