A pair of beloved grandparents who died in the Florida building collapse were remembered as “pillars of the community” during an emotional ceremony in Brooklyn on Tuesday.

Tzvi Ainsworth, 68, and his 65-year-old wife, Ingrid “Itty” Ainsworth were among the first victims of the June 24 Surfside tragedy to be laid to rest.

Before their burial at a Queens cemetery Tuesday, the couple’s wooden coffins were placed side-by-side outside the Chabad-Lubavitch World Headquarters in Crown Heights for mourners to pay their respects.

“The Ainsworths were pillars of their community wherever they lived, whether it was Surfside, Florida or Sydney, Australia,” said Rabbi Motti Seligson, spokesman for the Chabad-Lubavitch headquarters, to The Post at the ceremony.

“They were people that everyone admired and looked up to and people who inspired others in the community by how they lived and always being there as a helping hand for others when they needed,” he said.

More than 500 mourners showed up to pay their final respects to the Ainsworths.

The couple’s bodies had been pulled from the ruins of Champlain Towers South Condo on Monday.

“It defies understanding,” family friend Sarah Schwartz, who was at the Brooklyn ceremony, said of the pair’s passing. “Nobody can make heads or tails of it. It’s horrific. And of course, everyone was hoping against hope that they might have survived.

“No one is naive,” Schwartz said. “Time had passed, the heat. But still, everyone was hoping against hope.”

The Ainsworths had moved from Australia to the Sunshine State four years ago to be with their children and other relatives — and celebrated the birth of a granddaughter the day before the beachfront building collapsed.

Miami-Dade officials said the couple are among 32 confirmed dead in the horror, with 113 others still unaccounted for.

“I just hope he didn’t suffer,” said Danny Rotenberg, 66, a former classmate of Tzvi’s, who also was at the ceremony.

The Ainsworths were to be buried at Old Montefiore Cemetery in Queens.

Their funeral comes on the same day a family of four also killed in the tragic building collapse is being laid to rest in Miami Beach.

Funeral services for Marcus Guara, 52, and his wife, Ana Guara, 42, along with their two young daughters, Lucia, 10, and Emma, 4, were set to be held at St. Joseph Catholic Church. 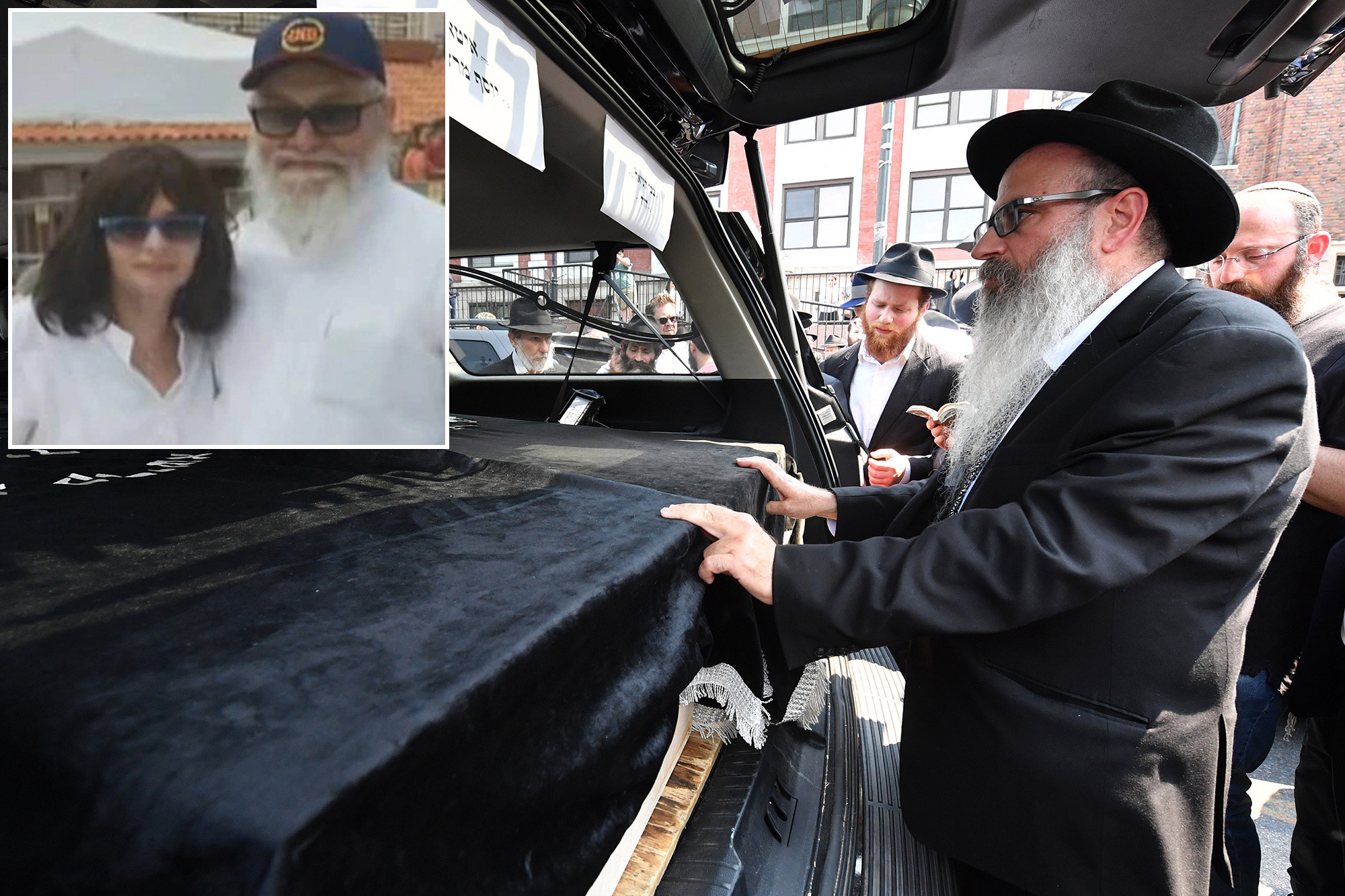