“We’re all vaxxed! Just in time for a Tubby hot summer. Who’s ready to come out & play?” reads the caption to the health public service announcement, which was posted July 7 to the official Twitter account of the “Teletubbies.” Originally aired on the BBC in 1997, the nostalgic kids show — which featured four bombastically hued beings with TVs for tummies — was relaunched in 2015 for a modern audience.

The tweet included pics depicting the colorful quartet of Tinky Winky, Dipsy, Laa-Laa and Po displaying their “COVID-19 Vaccination Tubby Cards.” These fictitious documents revealed that the creatures had gone to the “Home Dome Clinic,” where they received the made-up coronavirus jabs “Noo-nson & Noo-nson” and “AstraTubbica.”

While seemingly innocuous, “Teletubbies” diehards couldn’t help but notice a glaring error in the vax tickets, which said they were born in 2003, six years after the series first aired.

“wait… 2003? yet you started in 1997. are the teletubbies time lords?” wondered one disillusioned Twitter fan of the canonical catastrophe.

“This implies that there is more than one generation of Teletubbies, and both of them are old enough to drink,” spluttered another, about the space-time continuum-splitting revelation.

And that wasn’t the only PSA’s only perceived “teleflub.”

One armchair apocalypticist accused the “Teletubbies’” Tweet of suggesting that the show “takes place on Earth during the current time period” rather than in Teletubbyland, a fictional grassy knoll populated by humongous bunnies. Not only that but in the PSA’s reality, “the Teletubbies are susceptible to disease,” per the Tweet.

Another posted a fan drawing depicting an alternate universe where malevolent-looking Teletubbies feast on Barney’s remains while a demonic baby face watches from above. They were likely referencing the popular conspiracy theory regarding the show’s sun character, which supposedly takes on a satanic visage for a split second each episode, thereby broadcasting subliminal messages to your children.

The “Teletubbies” isn’t the only children’s program to be accused of monkeying with their own timeline.

In March, Twitter tore into a recent episode of “The Simpsons” for featuring a flashback sequence which depicted a 14-year-old Homer as an aspiring DJ in the 1990s. They said it contradicted the Matt Groening cartoon’s prior episodes, which portray the Simpson family patriarch as a teenager in 1974.

However, Matt Selman, the Emmy-winning executive producer of “The Simpsons,” was quick to dismiss the hysteria.

“Continuity Alert: Sunday’s @TheSimpsons playfully re-interprets the show’s timeline to allow Homer to be a teenager in the early ’90s,” he snarked of the presumed butterfly effect. “‘The Simpsons’ is a 32-year-old series where the characters do not age, so the ‘canon’ must be elastic / contradictory / silly.”

He added, “None of this happened. It’s all made up. Every episode is its own Groundhog Day that only has [to] make sense for that story (if that).” 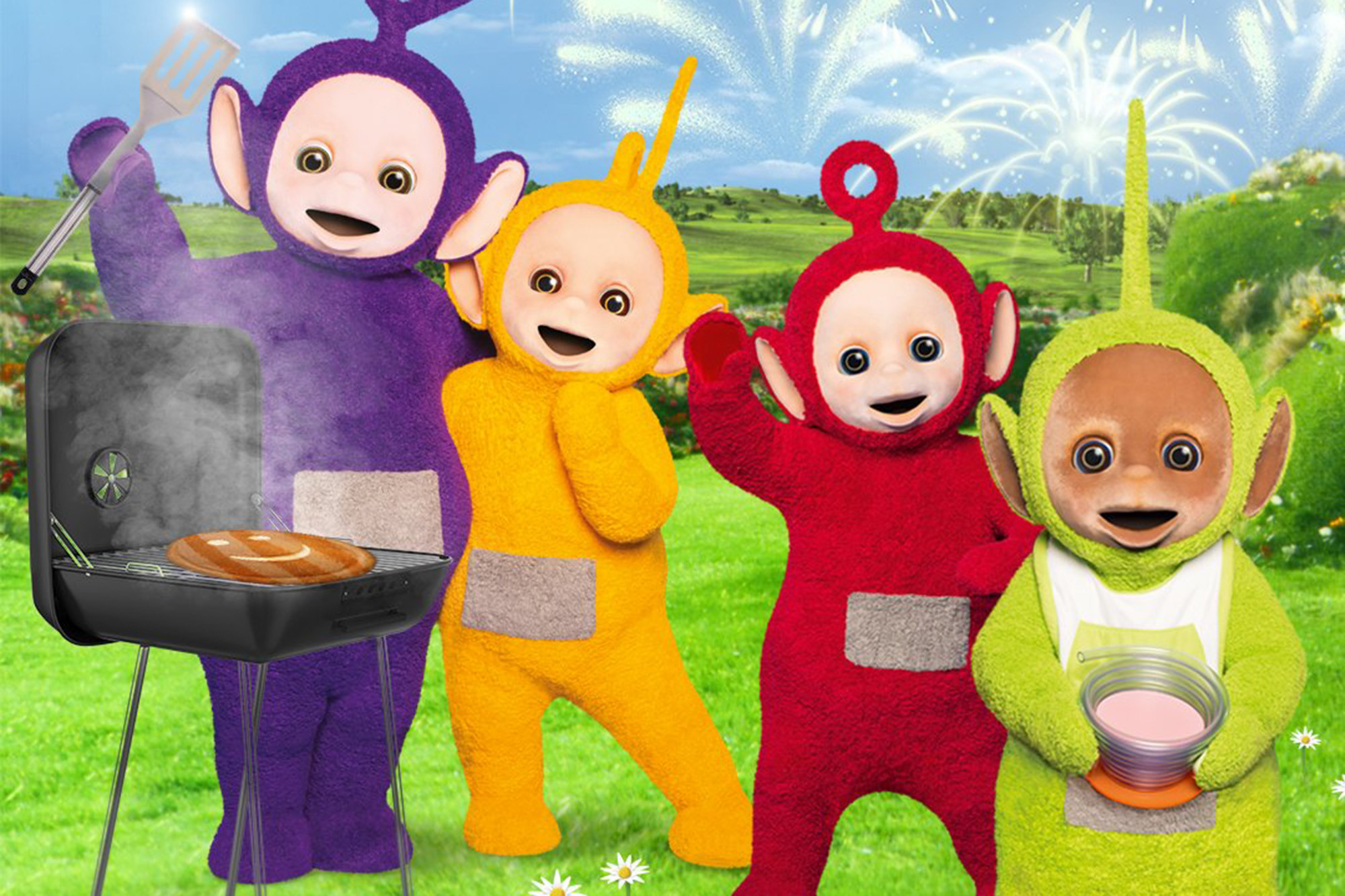