Firefighters put out a blaze at a Bronx apartment Saturday afternoon, and discovered an elderly man stabbed to death inside, police said.

The FDNY extinguished flames raging at a home on Manor Avenue near Westchester Avenue in the Soundview section at around 4:15 p.m., according to cops.

When the smoke cleared in Apartment 2, first responders found a 71-year-old man with three stab wounds to his neck, the NYPD said.

The man was unconscious and unresponsive and was taken to Jacobi Hospital, where he was pronounced dead, according to authorities.

His name was being withheld pending family notification.

Several uniformed police officers, detectives and fire officials were spotted massing around the Soundview street in the aftermath of the blaze. The area in front of the two-story burnt-out brick building was sealed off with crime-scene tape.

It was unclear if the victim or any potential suspects lived in the apartment. 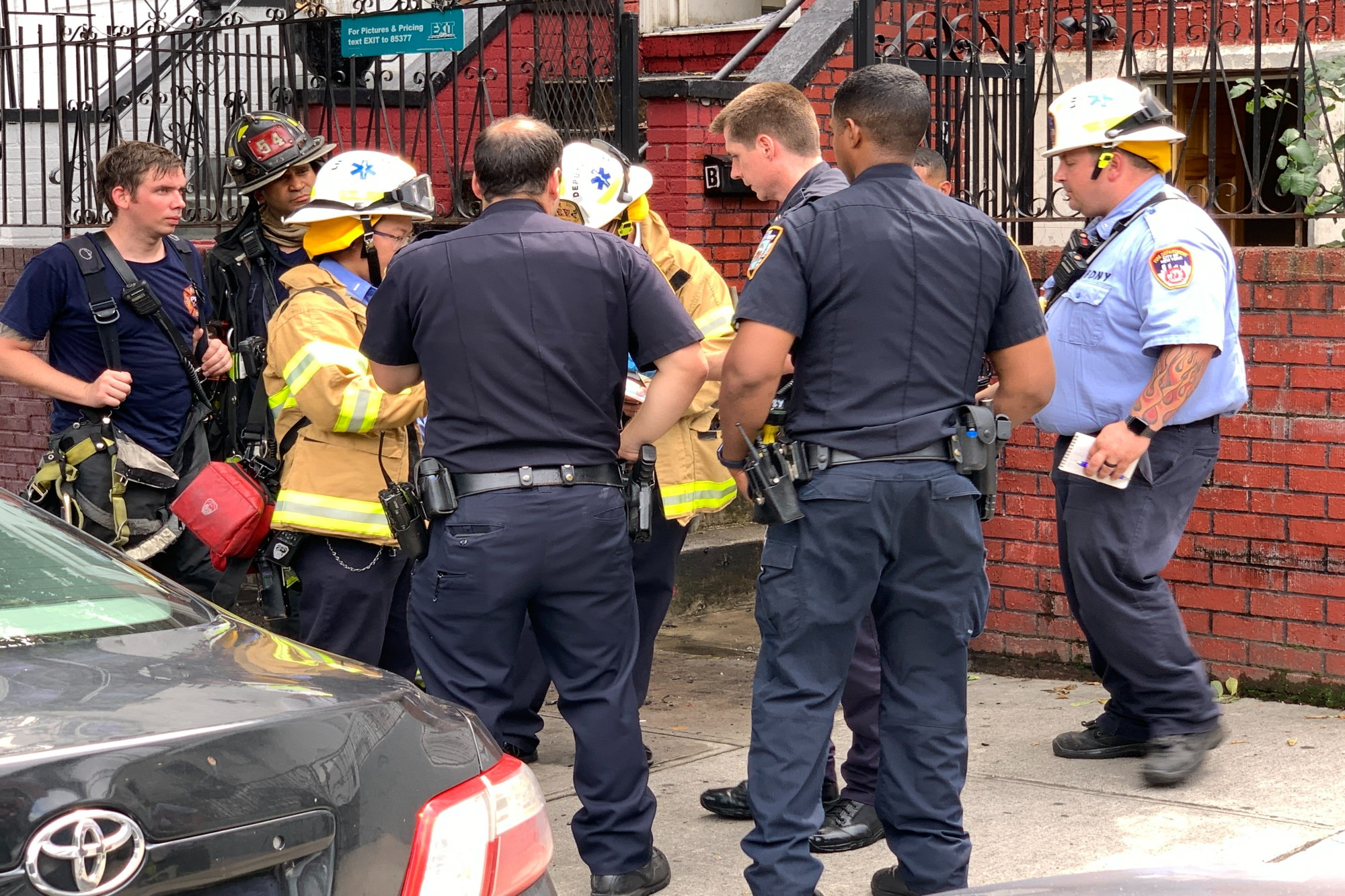