The first funerals for victims of the deadly Florida building collapse will be held Tuesday afternoon — including a service for a pair of grandparents in Queens.

Tzvi Ainsworth, 68, and his 65-year-old wife, Ingrid “Itty” Ainsworth, will be laid to rest at Old Montefiore Cemetery in the New York City borough after a funeral procession that will pass the Chabad-Lubavitch World Headquarters in Crown Heights, Brooklyn, at 2:30 p.m., according to Chabad.org.

The Ainsworths were among four bodies pulled from the rubble Monday, police said.

The couple had just celebrated the birth of a granddaughter the day before the June 24 tragedy in Surfside.

Also set to be buried Tuesday were Marcus Guara, 52, his wife, Ana Guara, 42, and their two young daughters, Lucia, 10, and Emma, 4. The family will be mourned at a funeral service at St. Joseph Catholic Church in Miami Beach, not far from the collapse site.

The somber news comes as officials said 32 people have been confirmed dead in the collapse of Champlain Towers South Condo, while 113 remain missing.

The Ainsworths had left Tzvi’s native Australia four years ago for the Sunshine State to be closer to their children and other relatives, including Itty’s mother, a Holocaust survivor.

The couple was in their apartment when the building collapsed shortly before 1:30 a.m. that fated Thursday.

“They were always laughing and joking together,” recalled Leah Berger, a longtime family friend who recently spent time with the couple in Israel, according to chabad.org. “They had a hilarious sense of humor.”

Itty Ainsworth suffered from chronic pain but did not let the ailment dampen her outgoing personality, said the couple’s daughter, Chana Wasserman.

“Every person she encountered ever in her life became her friend,” Wasserman wrote in a Mother’s Day post. “Everyone was treated as equals.”

The Guara family was found in the rubble less than a week after the collapse.

“He had a very magnetic personality,” Spring said of Marcus. “I can’t remember a time when he was mean-spirited. He was always the type of person who was trying to be helpful and friendly and keeping it light.”

Hundreds of workers continue to sift through the rubble, with Sunday’s demolition of the unstable last portion of the building speeding up the search.

However, first responders are also battling storm conditions from Tropical Storm Elsa as it approaches Florida, with the weather hampering the work. 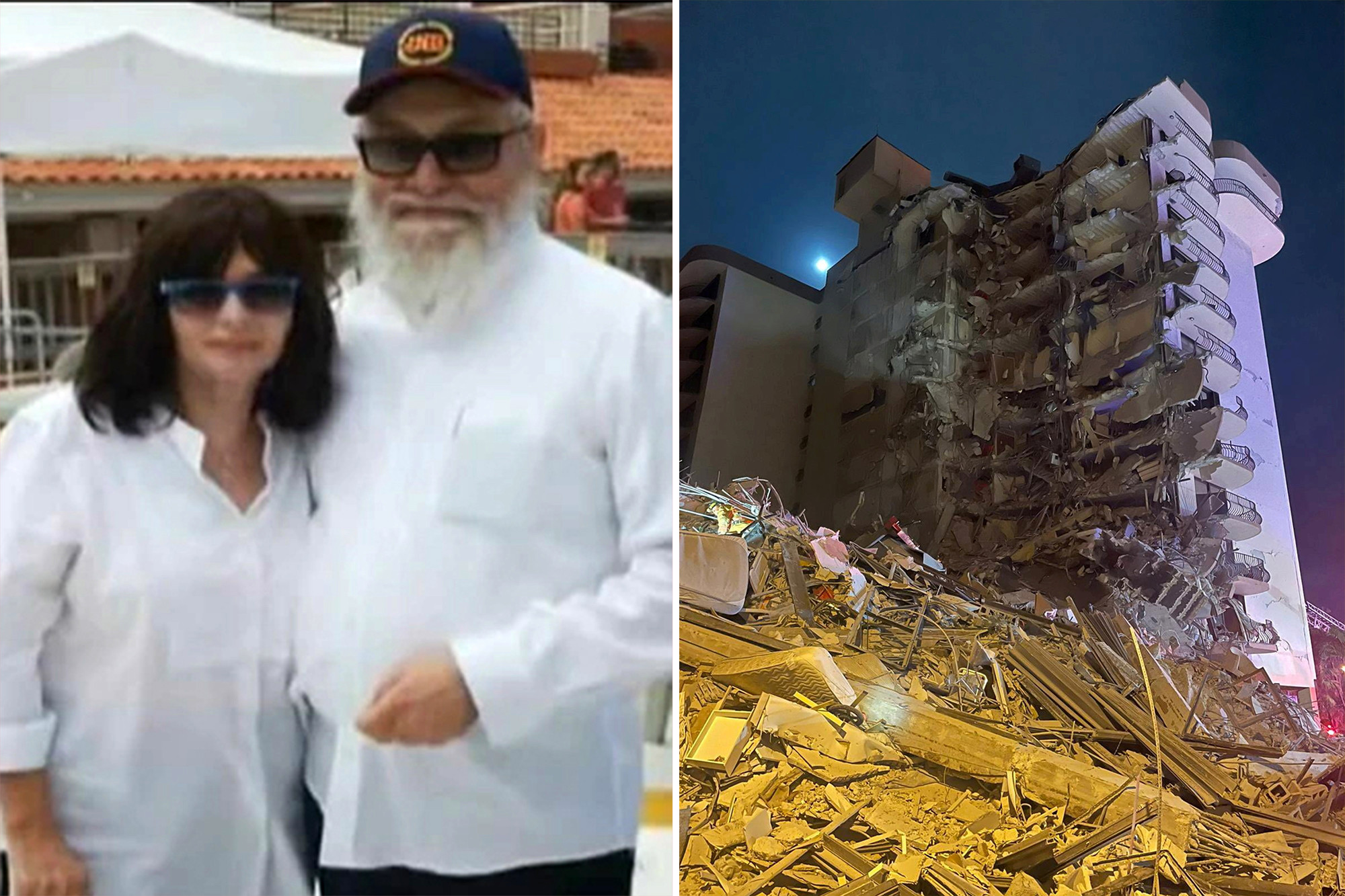