Some people are just braver than the rest of us.

A fisherman off the coast of California went viral after he was filmed getting up close and personal with a great white shark to rescue it. Apparently, the large animal had become tangled in fishing lines that hadn’t been properly disposed of.

Sean Bailey had previously spotted the shark swimming circles around the boat he and his dad were fishing in, Fox 6 Now reports. As the large animal got closer and closer to the boat, Bailey reportedly noticed that it was covered in fishing lines.

In the footage, Bailey and his father can be heard debating how to pull the line free without upsetting the shark.

Fortunately, they were able to free the shark without any unpleasant incidents.

Meanwhile, on the east coast, great white sharks are making their presence known.

Fox News previously reported that, according to a shark tracking website, several large great white sharks have been spotted swimming near beaches in New York, New Jersey and Massachusetts. While the group stressed that shark attacks aren’t common, it’s still worth remembering that it’s important to be safe in the ocean.

The Ocearch site is currently tracking several sharks in the Atlantic ocean and, according to its data, several have been spotted near the New York/New Jersey coastline. Rose, a 600-pound female that measures over 10-feet-long was spotted near Delaware and southern New Jersey last week. 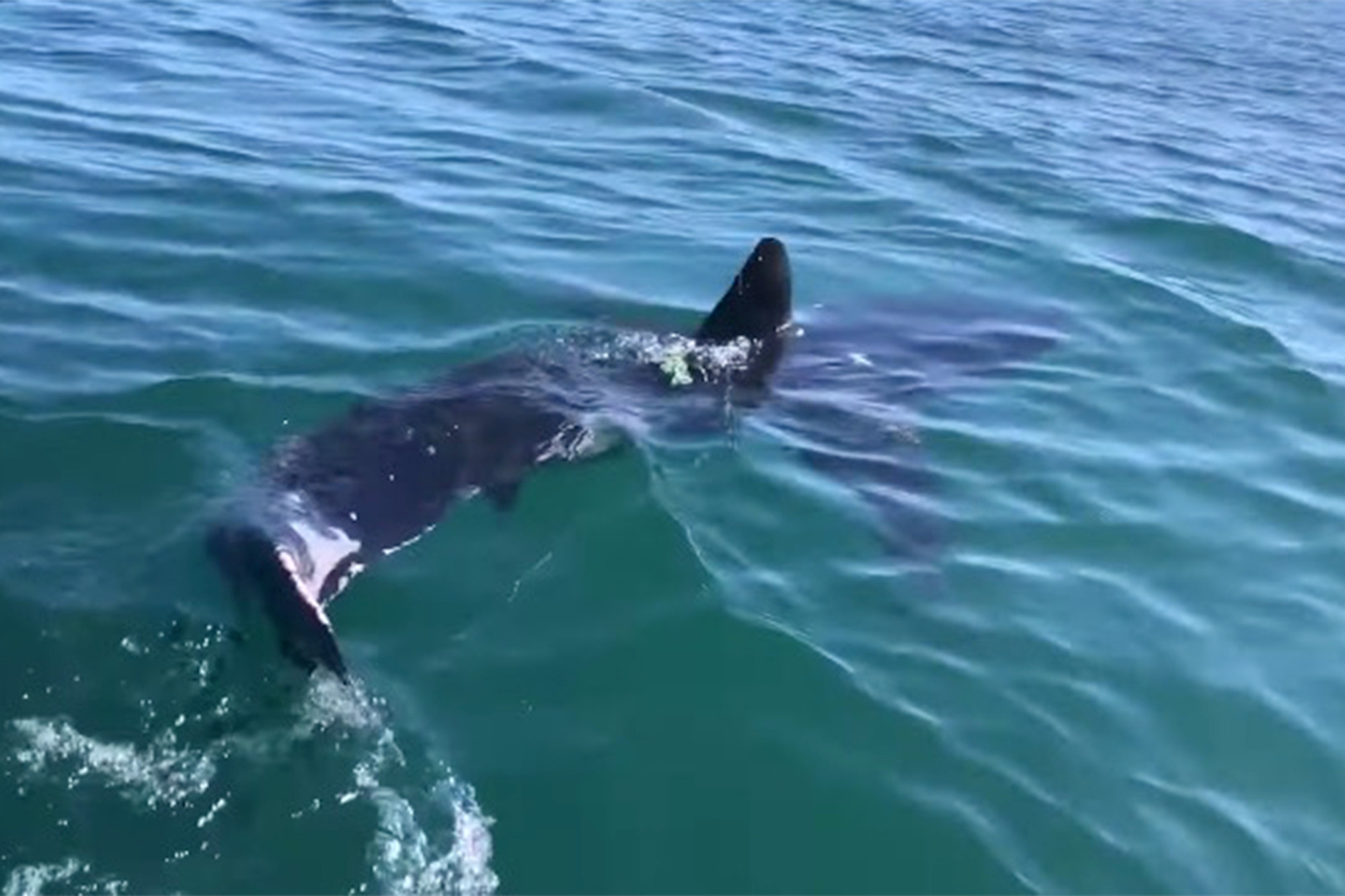