Protesters descended on the Canyon Club in San Fernando Valley, California, Tuesday before the rock band was scheduled to perform for a sold-out crowd of 600, according to local reports. It would be one of their first live, indoor shows since the coronavirus pandemic began and required fans to show proof of vaccination to be able to attend.

But several dozen anti-vaxxers picketed outside of the Los Angeles venue, carrying signs that pushed anti-scientific propaganda such as “Foo Fighters fight to bring segregation back” and “COVID-19 vaccine makers are exempt from liability.” Among the angry mob was former child star and conspiracy theorist Ricky Schroder, who made headlines in May for harassing a Costco employee about the store’s mask policy and, last November, for posting bail for Kenosha, Wisconsin, shooter Kyle Rittenhouse.

The news comes ahead of the Foo Fighters’ upcoming show at Manhattan’s Madison Square Garden on June 20, which also requires full COVID-19 vaccination for entry.

“Separating humans is not OK,” one protester told KCAL News. “Those of us who have healthy immune systems should be able to enjoy these freedoms just like everybody else.”

One anti-vax campaigner later wrote on Instagram that the “Learn To Fly” band had “held a discriminatory ‘VACCINATED ONLY’ show” and went on to claim that a Canyon Club employee, an officer with the LA sheriff’s department and a “roadie” with the Foo Fighters had expressed support for their cause.

However, the many fans permitted to see the group that night had a different take on the protests.

“The crap these Anti-Vaxxers are saying are hilarious! 😂🤣,” said one attendee.

Tickets have already sold out for the MSG event.

“Because of overwhelming demand for these events, in order to accommodate as many guests as possible, Madison Square Garden is complying with New York State mandates that require all guests to be fully vaccinated in such circumstances,” read the Ticketmaster description for the show. 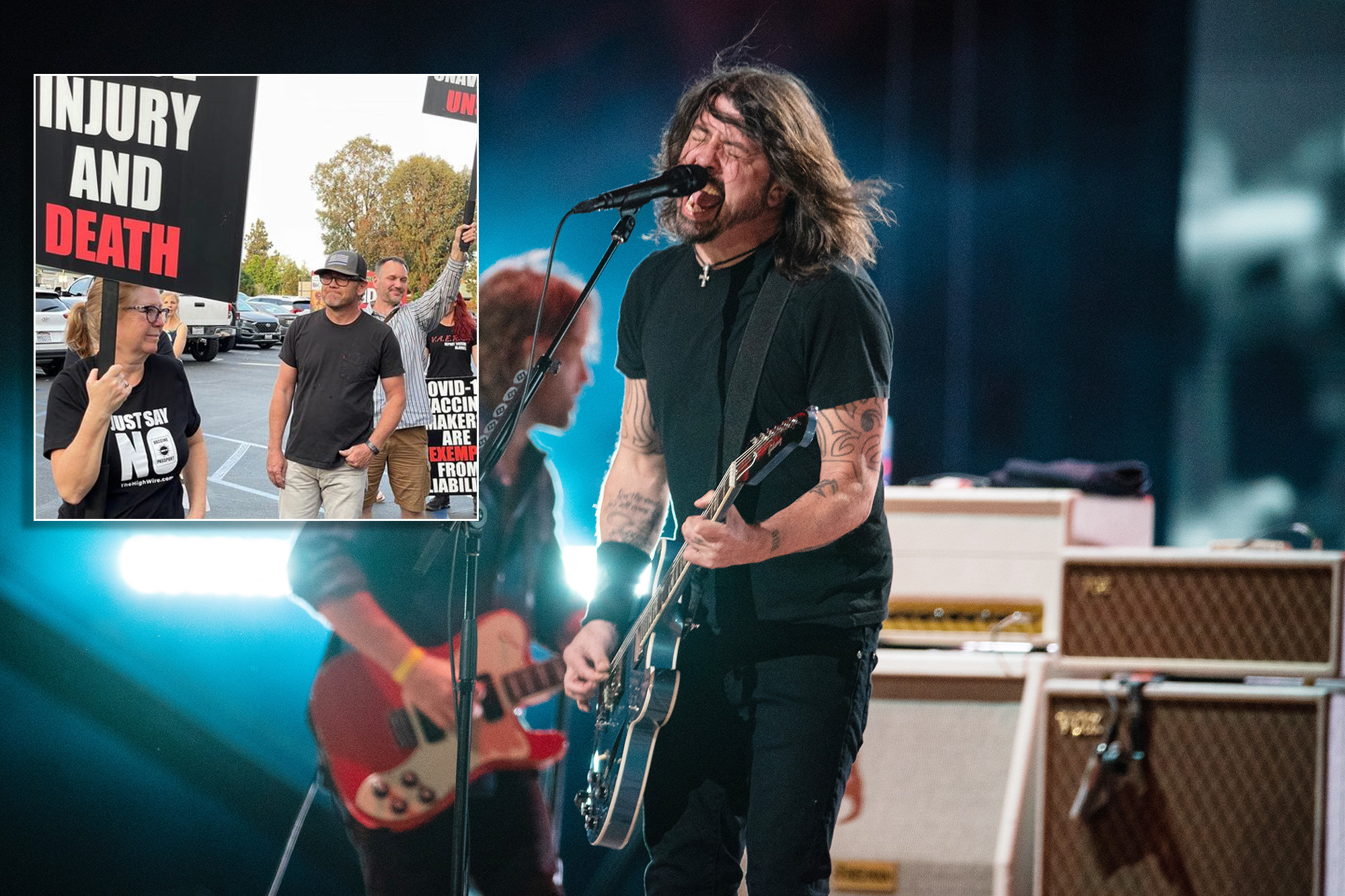