A former top official within the New York court system was charged Thursday for allegedly using her position to pull off a lucrative Manhattan real estate deal that netted her husband’s law firm $50,000.

Melissa Ringel, a former director at the First Department of the New York State Supreme Court Appellate Division, and her husband, Frank Esposito, were each indicted on one count of official misconduct for their roles in the real estate deal.

The couple’s alleged crime centered on the sale of a multimillion-dollar penthouse apartment near Central Park on East 67th Street, Manhattan District Attorney Cy Vance said in a statement.

In 2016, Esposito, who is a private attorney, had been retained by a client with a pending civil case about the deal that was being handled by Ringel’s court department, according to the statement.

The court had ordered that if the Lenox Hill penthouse was sold, the proceeds were to be placed in an escrow account — blocking the buyer from executing the deal, prosecutors charged.

Attorneys for Esposito’s client then called Ringel, who told the lawyers that it was her opinion the escrow order would no longer be in effect. Ringel “purported to be acting within the scope of her authority” on the phone call, according to prosecutors, who accused Ringel of “knowing she was in direct violation of multiple court rules” at the time.

After the call, the deal went through — and Esposito’s law firm was paid $50,000, which was the balance owed to him by his client, the statement said.

Esposito and Ringel, who live in Oyster Bay, pleaded not guilty at a brief hearing Thursday in Manhattan Supreme Court and were released without bail.

Ringel was forced to resign from the First Department, where she served as director of the Pre-argument Conference Program, following an investigation by the Office of Court Administration Inspector General’s Office.

In a joint statement, attorneys for the couple blasted the charges as a “misguided” prosecution by Vance’s office.

“We look forward to vigorously defending our clients and are confident that both Ms. Ringel and Mr. Esposito will be fully exonerated,” they said in the statement.

“The decision by the DA to pursue criminal charges pertaining to a three-minute phone call, in which accurate information was relayed, no victim suffered harm, and which took place more than five years ago, is misguided and inappropriate,” they added. 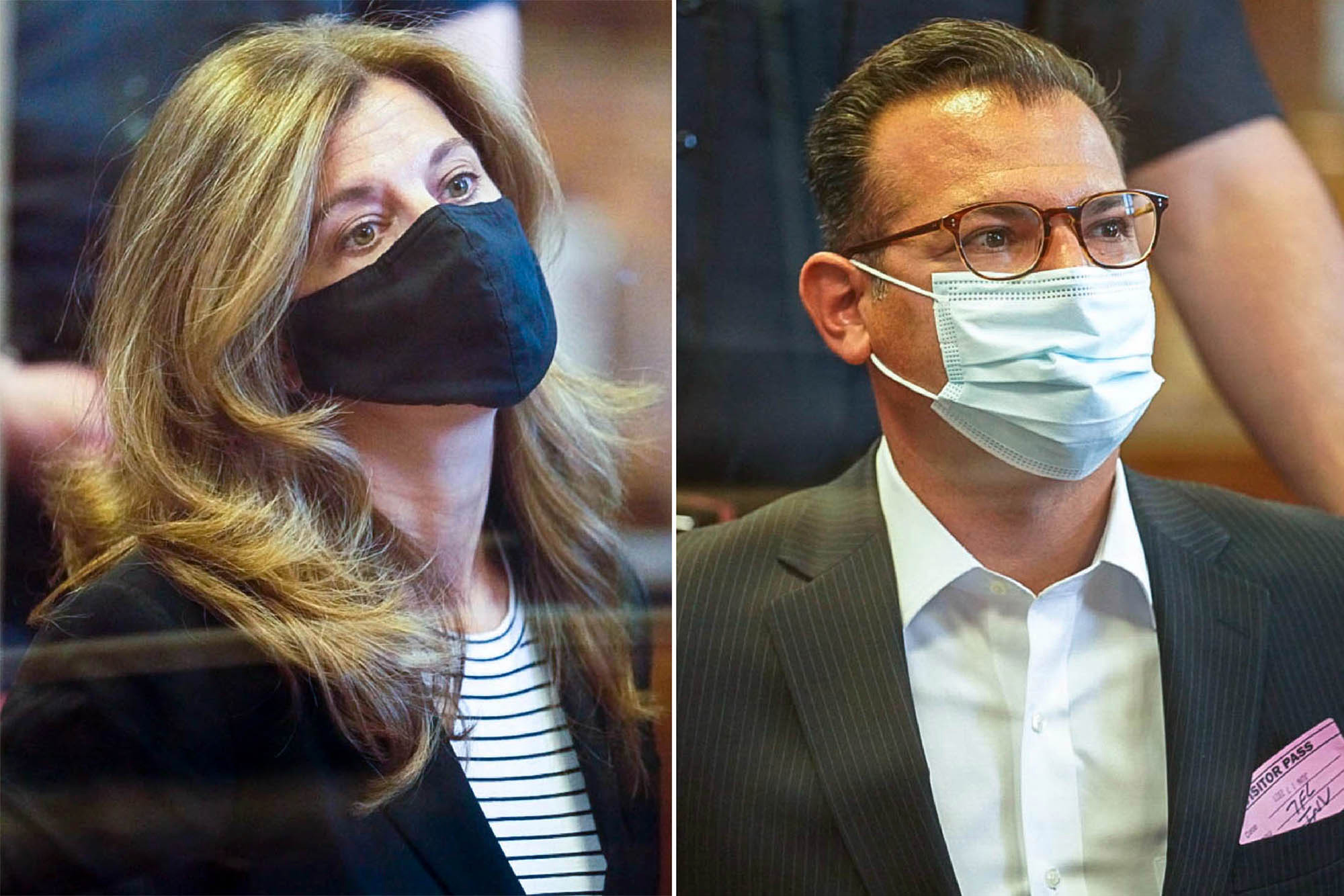