“Congrats to Eric Adams on his victory. Good news for New York City,” Bratton said in a social media statement.

“I have known him since 1990 when I was Chief of the New York City Transit Police and he was a Transit Police Lieutenant. I wish him every success in dealing with the many crises facing NYC.”

Adams served as a transit police officer for 22 years before entering politics.

Adams, the current Brooklyn borough president, made public safety and police reform front and center in his campaign.

Bratton’s public statement speaks for many New Yorkers who were concerned that one of the left-wing candidate who campaigned for defunding the police would win the nomination.

Bratton served as the first police commissioner for both Mayor Bill de Blasio and former Mayor Rudy Giuliani, as well as top cop in Los Angeles and Boston.

Adams, the Democratic nominee, will face off against law-and-order Republican candidate Curtis Sliwa, founder of the Guardian Angels, in the general election. Sliwa has never held elected office.

Bratton previously said he was pleased and relieved when Adams emerged in the lead in the Democratic primary during the initial first-place tally from the June 22 primary, before ranked-choice votes were counted.

“The good news is that at least in New York, at the top of government, there will be some sanity return,” Bratton said in a June 27 WABC radio interview.

But Bratton has criticized both the City Council and state Legislature for passing laws handcuffing the police and going soft on criminals.

“We’ll have to keep our fingers crossed that the next mayor can basically control them,” he said of the council’s 51 members. 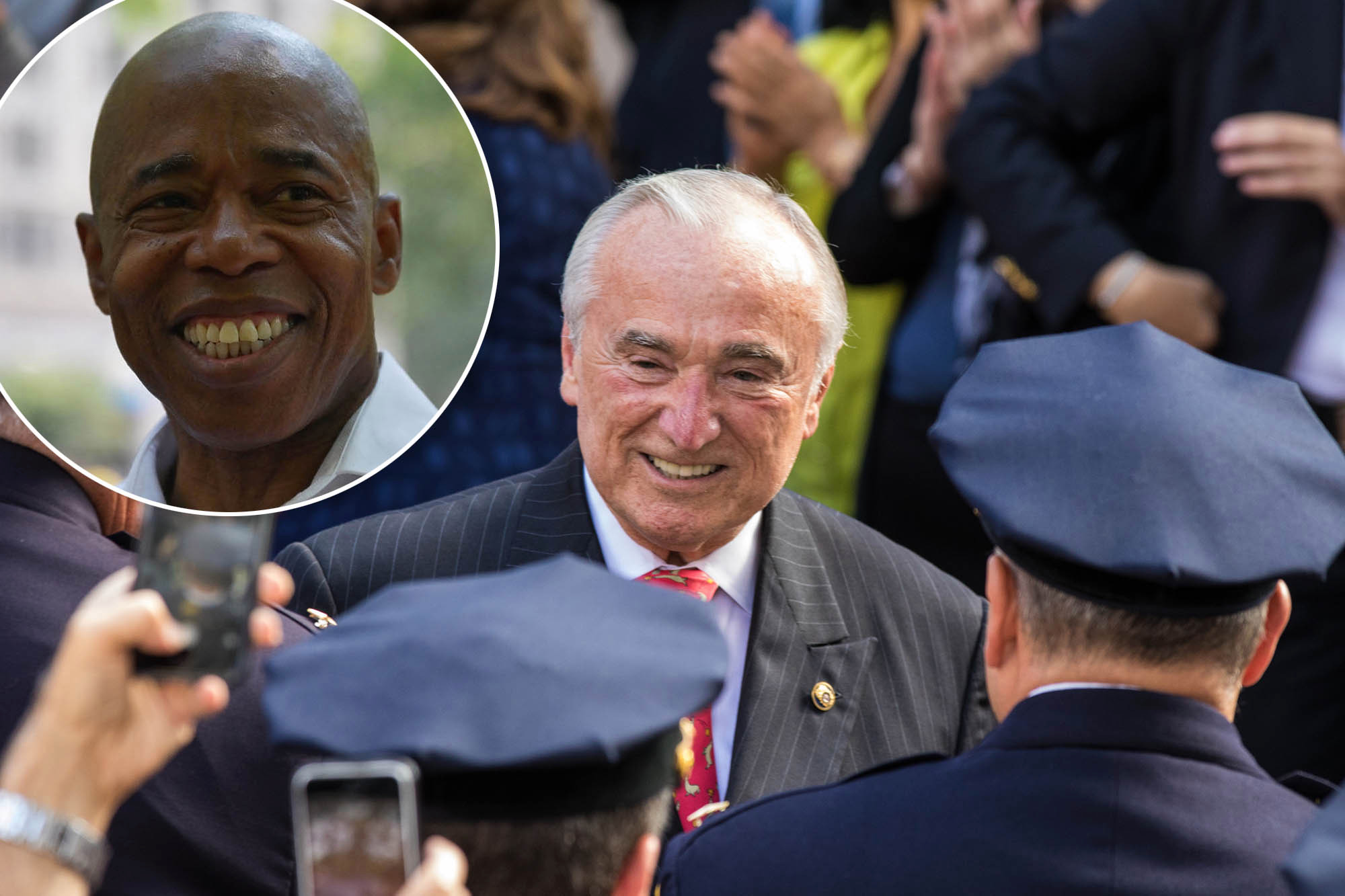