Workers scaled a giant statue of a Buddhist goddess in Japan on Tuesday to place a custom-made mask on her face, an act meant to be a prayer for the end of the coronavirus pandemic.

It took four workers three hours to carry the massive mask on ropes up the 57 m-high (187 ft) white statue of the Buddhist goddess Kannon – the Goddess of Mercy – at the Houkokuji Aizu Betsuin temple in Fukushima Prefecture.

They then unfurled the mask made with pink net fabric, measuring 13.45 ft by 17.38 ft and weighing 77 pounds, across the lower half of the statue’s face.

The statue, built 33 years ago, is hollow with a spiral staircase that can be climbed to the height of the goddess’ shoulder. People visit the statue, which is holding a baby, to pray for the safe delivery of babies and to ask for blessings for their newborns.

Temple manager Takaomi Horigane said workers came up with the idea for the face mask in discussions on the restoration of the statue after it was damaged in an earthquake in February.

Horigane said they plan to keep the mask on the statue until the COVID-19 situation is under control in Japan. 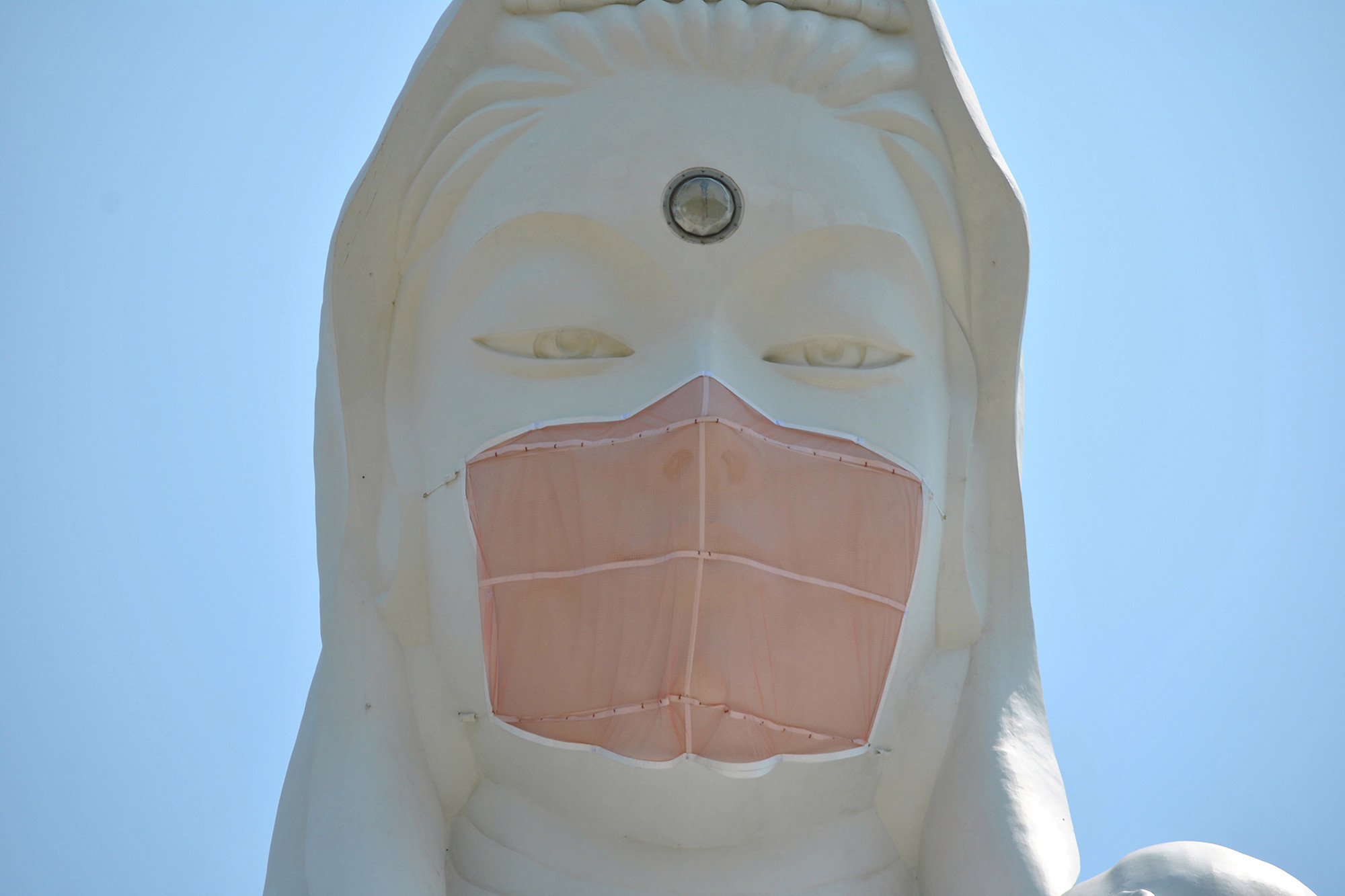 A mask is placed on a 57-foot-tall Buddhist goddess statue to pray for the end of the COVID pandemic at Houkokuji Aizu Betsuin in Aizuwakamatsu, Fukushima Prefecture, Japan. 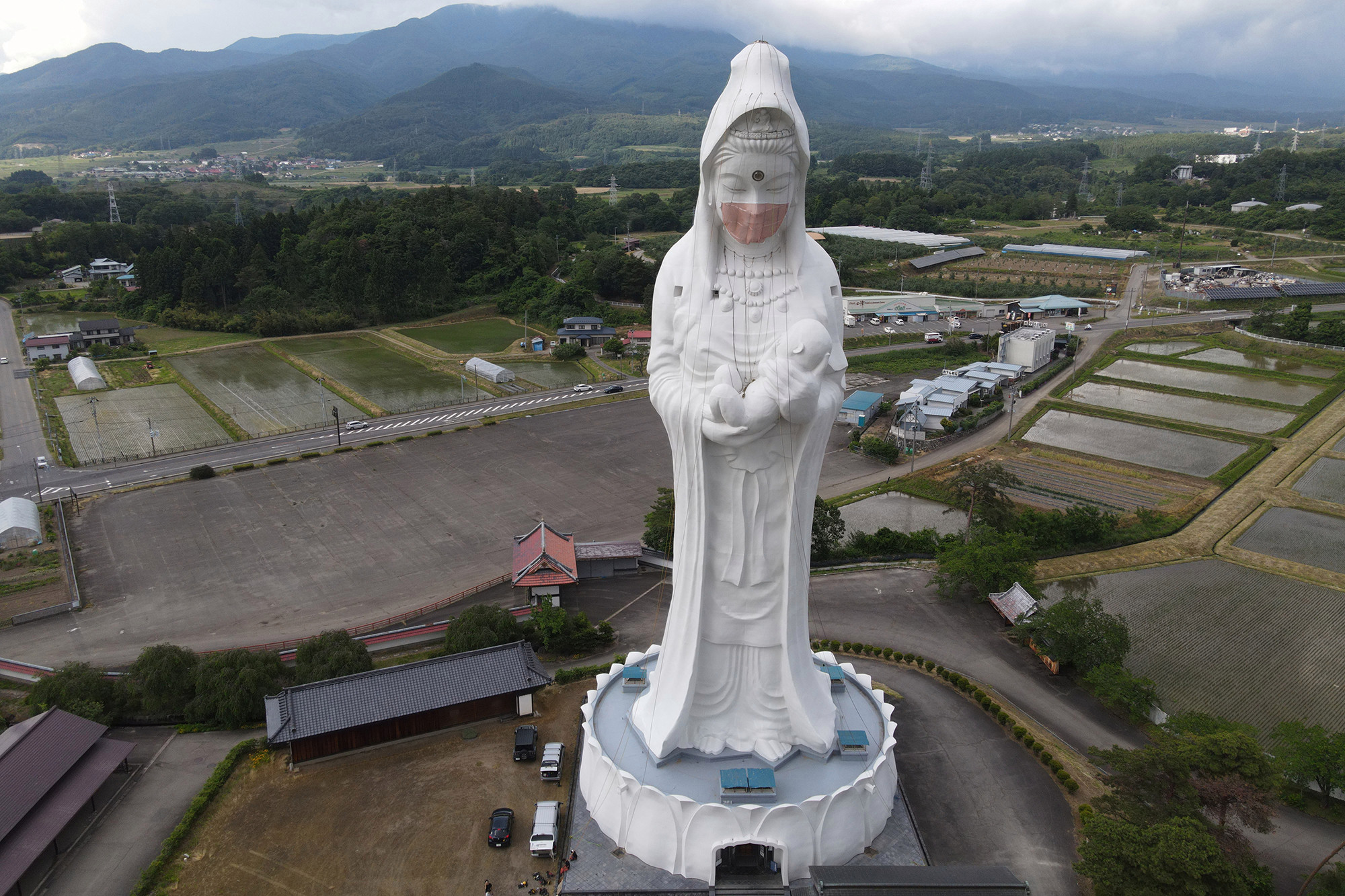 Drone picture shows a mask on a Buddhist goddess statue to pray for the end of the COVID pandemic on June 15 in Aizuwakamatsu, Fukushima Prefecture, Japan. 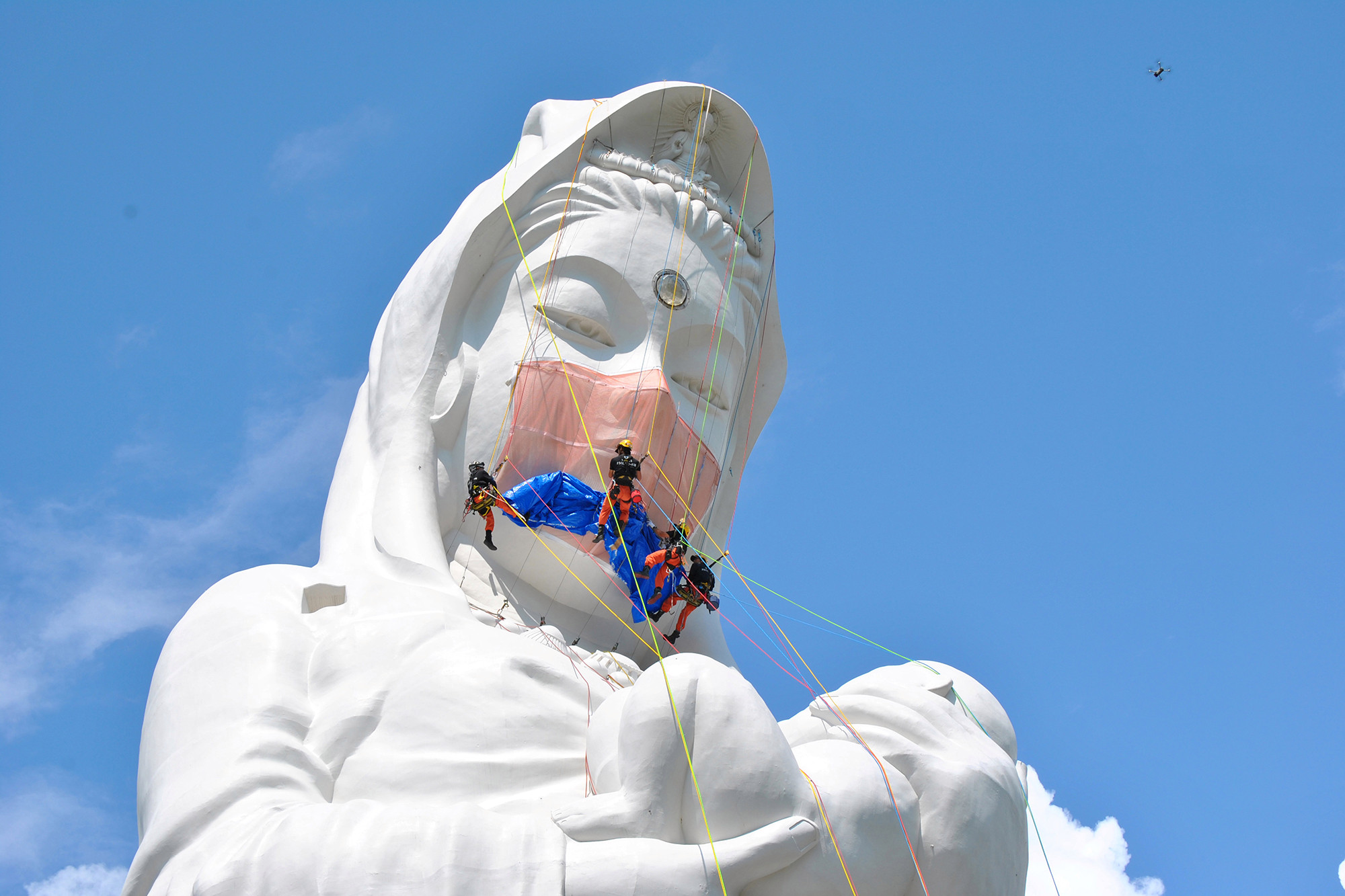 It took four workers three hours to carry the massive mask on ropes up the 187 ft white statue of the Buddhist goddess Kannon.

Fresh photos of a slimmed-down Kim Jong Un are giving… 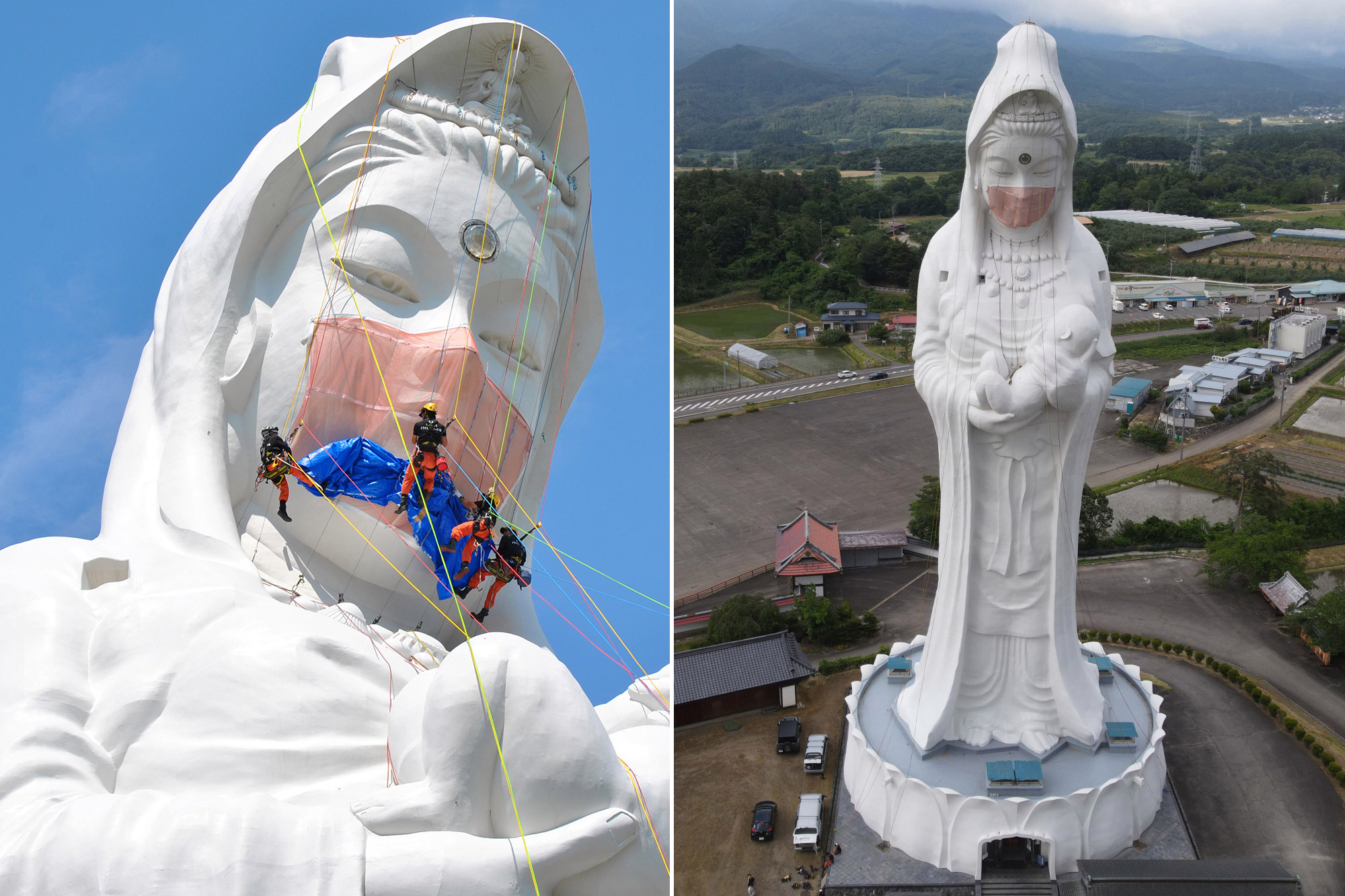