Two strangers had a Turkish delight after luring a man they were both dating to Turkey — then ditching him for the “ultimate girls’ trip” together instead.

Sophie Miller, 26, had been dating her 34-year-old boyfriend “Adam” (not his real name) for eight months. Little did she know, though, that engineer Kristen Bishop, 33, met Adam on Hinge in August 2020 and eventually became, Bishop thought, exclusive. Bishop and Adam had even planned a trip to Turkey together, where they would spend three days in Cappadocia admiring the hot air balloons before journeying through the bazaars of Istanbul.

But then, four days before the flight came a voicemail.

“Shortly before departing on our trip, I learned that he was not [just] with me and there was another girl who had been in the mix since we met up,” Bishop told Kennedy News Wire. “She left me a short voicemail, to the point, that basically said ‘Hey, I’ve just learned about you. I’ve been dating this person for nine months and I thought you’d like to know about me. Give me a call if you have any questions.’ “

Sure enough, she did. Bishop at first refused to believe it, but after Facetiming Miller — who at the time was at Adam’s apartment — they began to plot their revenge on the two-timer.

Bishop and Miller, a technical sales manager, met up the next day to piece together the confusing web of their relationships. Instead of canceling the trip altogether, Bishop went ahead with the 12-hour flight — without letting Adam know that Miller also booked a flight to Turkey just to confront him.

“Sophie planned to come in on a different flight than we did. We didn’t want to have him see her on the way there,” said Bishop.

Miller arrived at the airport a few hours before Bishop and Adam did. Once at the airport, Bishop received a message from Miller saying, “Here’s where I’m going to be sitting.” The two later touched base in the women’s bathroom to finalize the revenge plans.

As soon as they arrived in the terminal, Bishop confronted Adam, showed him photos of her and Miller together and told him that all of his reservations had been changed to Miller’s name — demanding that he never contact them again.

“His reaction was pretty stunned,” said Bishop. “He had never been speechless before, until that moment. There were several circumstances like that.”

At that point, Miller came over to him, and “his jaw dropped when he saw her,” Bishop said. After Miller cut ties, the new singletons walked away together without their mutual ex-boyfriend. While in Turkey, the women went to a hammam, cruised the Bosphorus and explored caves — with precious little thought of Adam.

Adding insult to injury, the two women were on the same return flight as Adam — and sat right behind him, chatting the whole time. The new friends then permanently parted ways with Adam, whom Bishop said showed all the warning signs of a cheat.

“When he said he was away for the night, he would mix and match,” said Bishop. “Typically it was ‘I have to work.’ Sometimes it would be ‘I’m going hunting with the boys.’

“Always trust your gut, know your worth and empower other women,” she added. 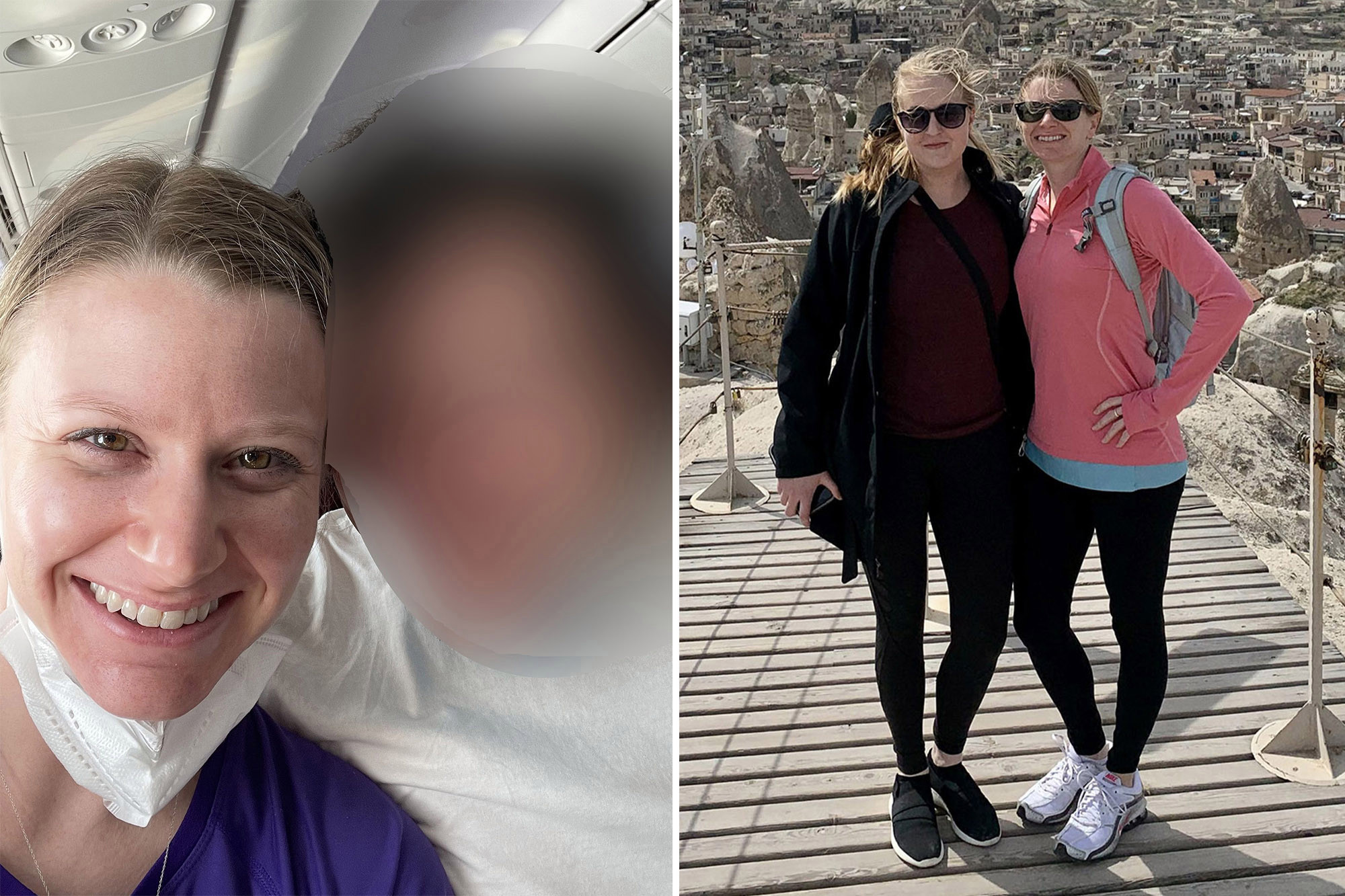