One of Gov. Andrew Cuomo’s sisters and a former head of the state Democratic party secretly raised money to help his former top aide appeal a conviction for pocketing $300,000 in a pair of “pay-to-play” corruption scams, according to a report Tuesday.

Madeline Cuomo and John Marino are among a group of gubernatorial insiders who have been going to bat for Joseph Percoco, who also formerly worked for the late Gov. Mario Cuomo, father to the Cuomos, the New York Times said.

In a February 2020 email, Madeline Cuomo sought donations from two dozen people, including several lobbyists and loyalists to Gov. Cuomo, the Times said.

“Joe and his family are grateful for all your support to date,” she reportedly wrote in the Super Bowl Sunday message.

“Unfortunately, his fight is far from over, and in order to continue his legal battle he’ll need financial resources.”

She added: “My family and I will be participating in that effort, and I hope we can count on you to join in the effort.”

Some of the people who got the email said they were also asked to fund to a trust for Percoco’s daughters that received more than $75,000 in donations, the Times said.

Gov. Cuomo was unaware of either fundraising effort, a spokesman told The Times.

Following Percoco’s 2016 arrest, Gov. Cuomo’s campaign committee paid $80,000 toward his legal fees, which totaled more than $1 million, and he still owes his defense lawyers from his trial, the Times said.

Percoco, 52, is serving a six-year prison term at the federal medium-security lockup in Otisville and isn’t due to be freed until April 2024, according to the Bureau of Prisons website.

Last year, Percoco sought to be released to home confinement due to the coronavirus pandemic, citing medical conditions that include high cholesterol and hypertension.

His appeal is pending before the US 2nd Circuit Court of Appeals in Manhattan but has been inactive since July, according to online court records.

At Mario Cuomo’s 2015 funeral, Andrew Cuomo likened Percoco to a brother, calling him “my father’s third son, who I sometimes think he loved the most.”

Madeline Cuomo, a divorce lawyer who lives in Manhattan, told the Times that she sought to help Percoco pay his bills due to their longstanding friendship.

“I have known Joe most of my life, and I care for my friend,” Madeline Cuomo said.

“I did want to help him, but once the pandemic hit, everyone’s priorities quickly shifted. My brother Andrew was neither involved with, nor privy to, my independent effort. I still believe helping a friend is the morally right thing to do.”

Madeline Cuomo, 56, is the youngest of three sisters to Gov. Cuomo, 63.

Marino didn’t respond to a request for comment, the Times said.

Others who the Times said either raised money or were asked to contribute include Gov. Cuomo’s former chief of staff, Steve Cohen; his former chief counsel, Mylan Denerstein; his longtime campaign finance director, Jennifer Bayer Michaels; his ex-girlfriend and former fundraiser, Lucille Falcone; and Northwell Health CEO Michael Dowling, who was the state director of Health, Education and Human Services under then-Gov. Mario Cuomo and is now a key adviser to his son.

Those reportedly asked to contribute to the Percoco daughters’ trust fund include hedge fund manager Gregg Hymowitz, a longtime donor and friend of Gov. Cuomo’s, and lobbyist David Weinraub, who was legislative director for then-Gov. Mario Cuomo.

Cohen and Hymowitz both said they didn’t contribute — with Cohen saying, “I wasn’t in a position to help” — while Weinraub said, “I gave independently long before the email,” the Times said.

Weinraub told The Post that he gave a total of about $10,000 to both Percoco’s legal defense fund and his daughters’ trust “because of the relationship we had” since becoming friends when they both worked for Mario Cuomo. 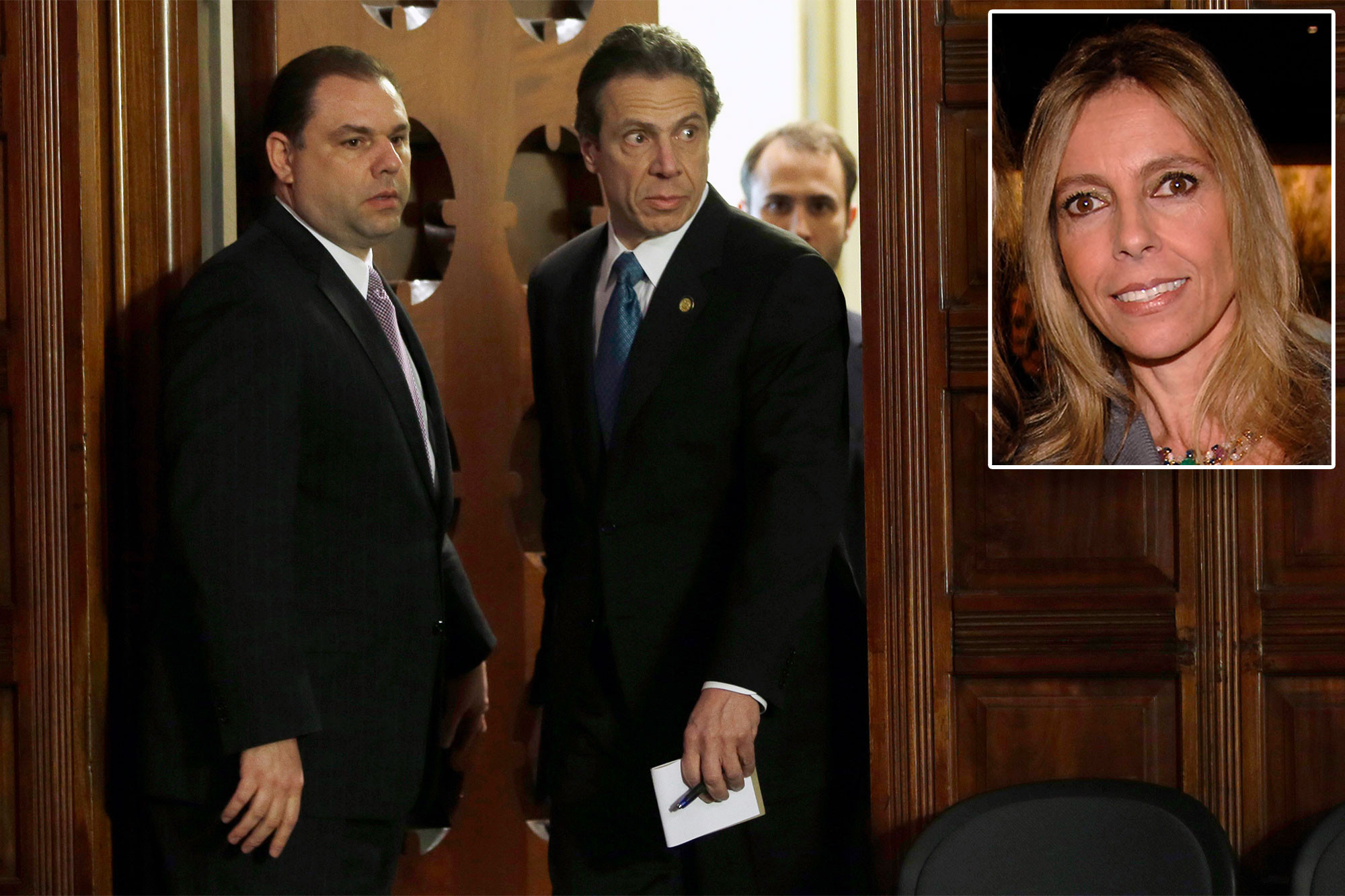