Paterson, the state’s first black governor, who served from 2008 through 2010 following the resignation of the disgraced Eliot Spitzer, touted Adams’ broad appeal.

“That’s the kind of leadership we need,” he added. “That’s the leadership we’re gonna get when Eric Adams puts his hand on the Bible and takes the oath of office to be the next mayor of the City of New York.”

Wright, leader of the New York County Democrats and a former longtime member of the state Assembly, cited the “battle-tested” political experience of Adams, a one-time NYPD captain who went on to serve as a state senator and, currently, Brooklyn borough president.

“When I look at who I want to be the next mayor through the prism of politics and government, the only person that I see who can lead this city right now is Eric Adams,” said Wright, noting the intersection of their time in the state legislature. “I want you to know that he is the only one right now … that can lead this city.

“When I go to the doctor, I want someone who has been to med school.”

Adams, who was on hand to accept the endorsements, said the backing shows his base is not limited to Brooklyn.

Speaking one day after receiving the endorsement of Terrence Floyd, the brother of Minneapolis police murder victim George Floyd, and with early voting already underway, Adams portrayed his potential mayoralty as the return of the everyday New Yorker to City Hall.

“Not only am I going to be able to bear the weight of the city, I’m going to be the person you don’t mind having a beer with,” he said. “You had all of these intellectuals, elites. You look on the stage and they all talk about how impressive they are. … I’m just an ordinary cat.” 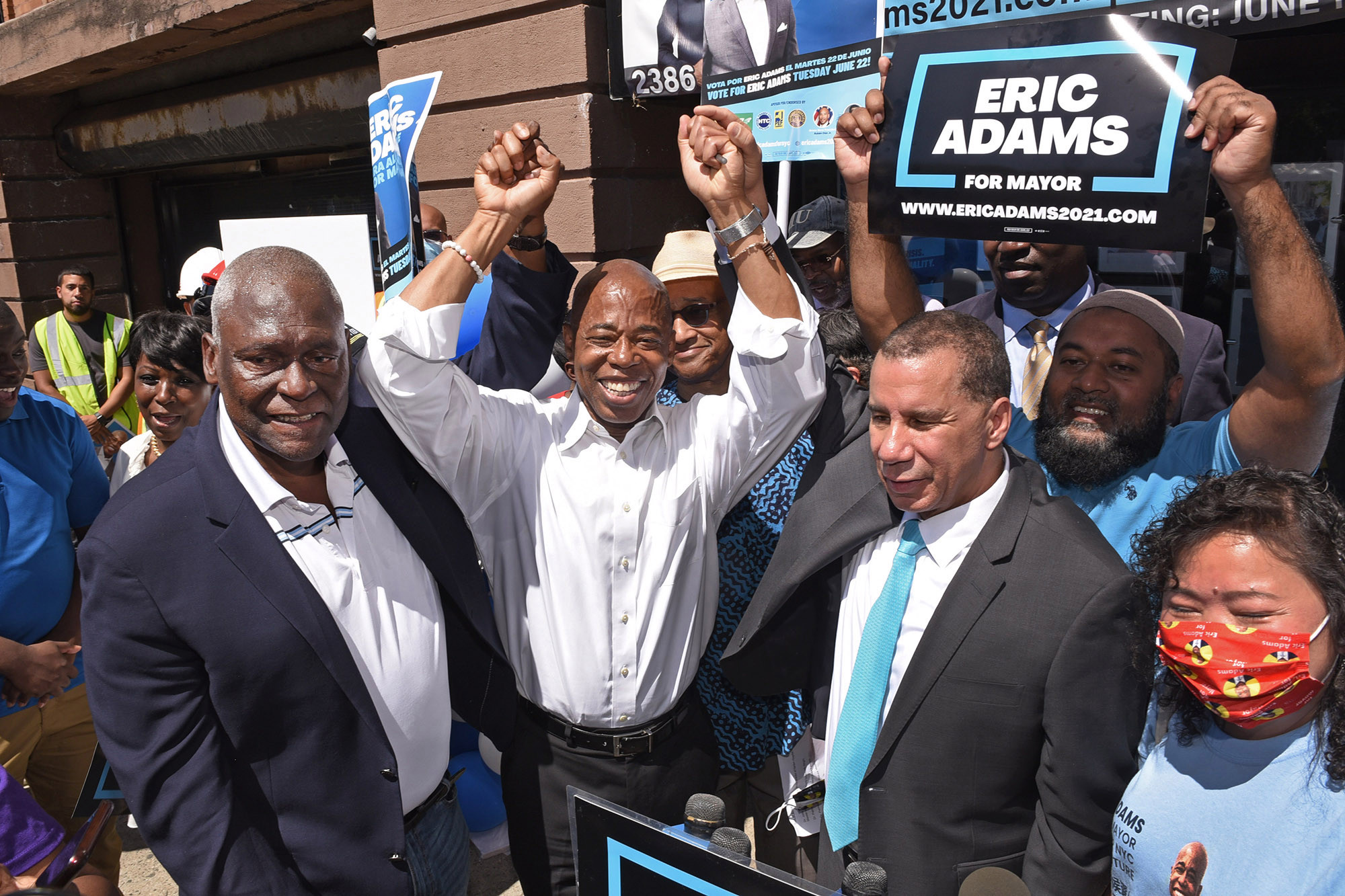