A gunman clad in a red jacket opened fire on two people outside a Staten Island deli in April before fleeing, newly-released video shows.

The armed suspect squeezed off two rounds in front of the M & Z Deli on Forest Avenue near Amity Place in Arlington around 10:40 p.m. April 22, police said.

A bright spark from the muzzle flash is seen as the shooter fires one round, before he then takes a couple of steps and fires another, the footage released Tuesday shows.

He then fled south on Amity Place, cops said.

The suspect is described as around 5-foot-8 and 160 pounds with a medium complexion and medium build.

In addition to the colorful jacket, he wore black track pants with a vertical white stripe and black sneakers.

The motive for the shooting is unclear and it is unclear if the suspect knew his targets. 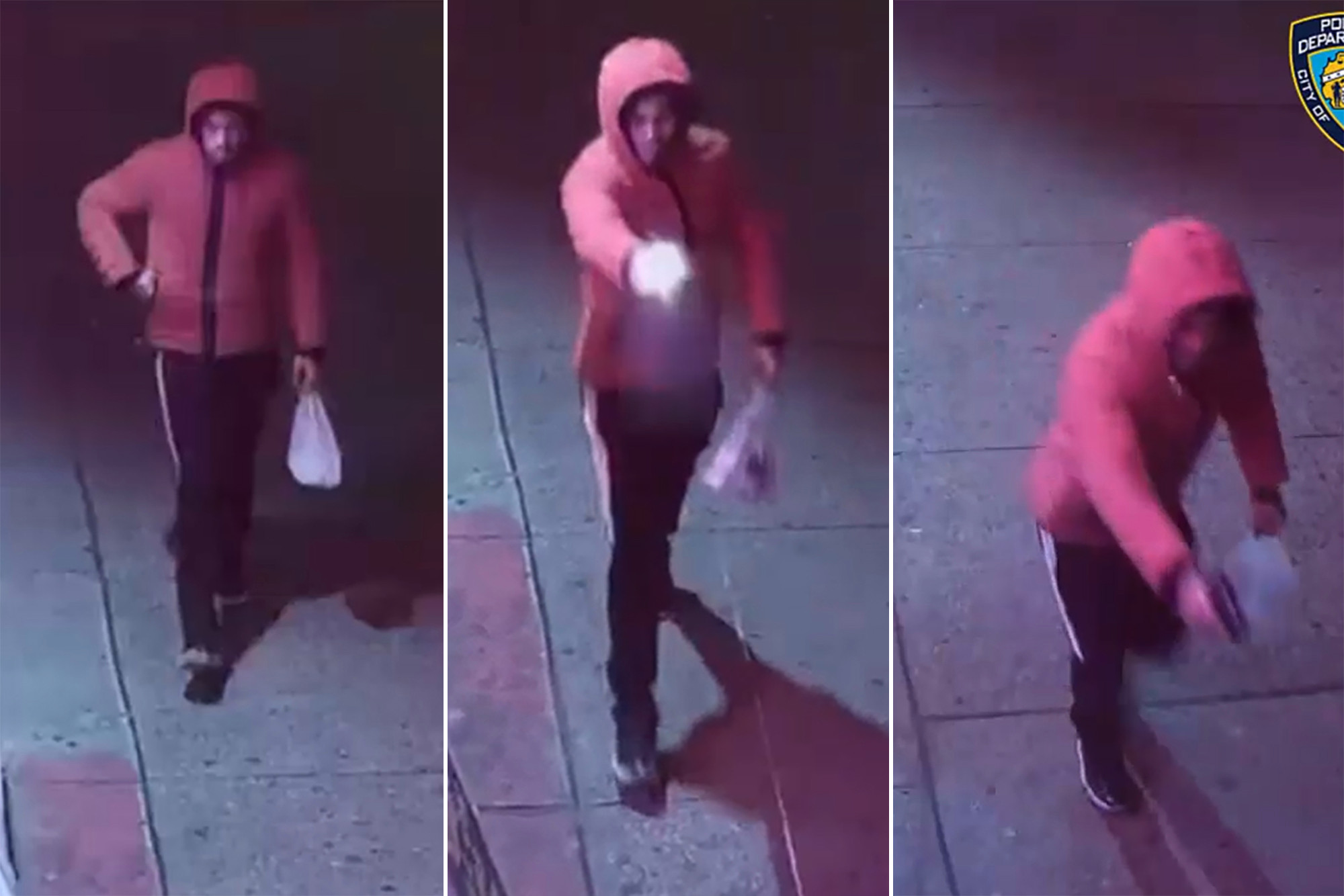