Heavy downpours and flooding are expected to drench the Big Apple on Monday — threatening to submerge the city again just days after storms overwhelmed several highways and subway stations.

Scattered thunderstorms are likely to roll in around 2 p.m. Monday and could bring dangerous flash floods to New York City and other parts of the tri-state area, forecasters warned.

“Maybe there’ll be some gusty winds with some of those storms but the biggest thing will be the heavy rains that can lead to flooding because it comes down in such heavy amounts in a short period of time,” AccuWeather senior meteorologist Paul Walker told The Post.

New Yorkers are in for 2 to 3 inches of rain — but some areas could see as much as 4 inches, forecasters said.

The rain could bring flooding to some of the same locations hit by heavy rain last week, forecasters said.

“It’s places that get under these heavy downpours and [the rain falls] you know, over an hour, two-hour period,” Walker said.

“And [when] we get that much rain in that short a time period, it just overwhelms the drainage systems.”

The National Weather Service issued a flash flood warning that is in effect until Tuesday morning — but drier weather may not come until later in the week.

“There’s going to be storms around the East for the next few days. Not a whole lot of change,” Walker said.

“Maybe we can dry things out on Thursday. But, for the next couple of days — for tomorrow and Wednesday, it looks like there’ll be scattered storms around each day.”

New Yorkers should be prepared for storms to set in at a moment’s notice.

“Make sure you take your umbrella because these rainstorms could pop up anywhere,” Walker said. 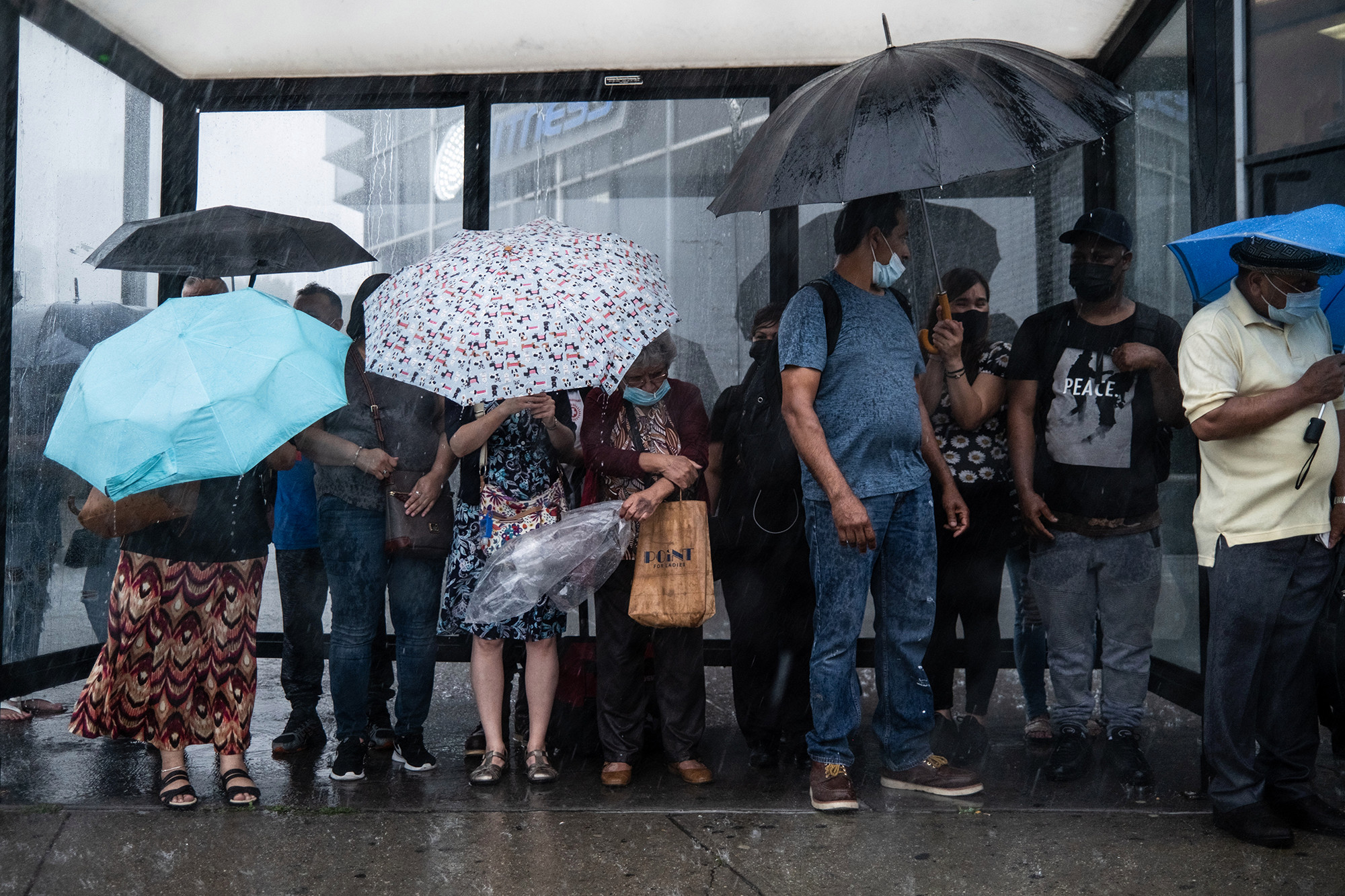