A woman in danger was fur-tunate enough to receive a paws-itive visit from Digby, a therapy dog, on Tuesday.

Digby helped to save a woman from taking her own life when she contemplated jumping from a bridge over the M5 highway near Exeter, England, according to first responders at the scene. The 3-year-old labradoodle usually helps firefighters deal with trauma during therapy sessions, Digby came to rescue to help a woman following a report of concern for her welfare on Tuesday.

According to the Devon and Somerset Fire and Rescue Service (DSFRS), crews were called to the scene at 11 a.m. BST as part of a multi-agency response.

“Police negotiators were speaking with the woman but the situation was becoming increasingly worrying,” the DSFRS tweeted.

Digby, who began working with the fire service back in 2018 as a “defusing” dog, was called to the scene. When he arrived, the woman “immediately swung her head round to look, and smiled,” the thread continued.

She then proceeded to converse with DSFRS first responders about Digby and his role — prompting her to ask if she could come and meet Digby if she came back over the railings.

The DSFRS stated that she then moved to a safe position at 3 p.m. BST and was subsequently put into the care of mental health professionals. Police say that the road was reopened once she returned to safety.

“We wish the woman involved all the best in her recovery,” the thread read.

This is certainly not the first time that therapy dogs have come to the rescue to help people deal with trauma. Last December, a pooch in Spain cheered up special-needs children during COVID-19. A golden retriever named Kerith also boosted the morale of California wildfire first responders in September 2020. Therapy dogs have even played a role in helping stressed Congressional staffers at impeachment hearings back in November 2019.

If you or someone you know is contemplating suicide, you can get help by contacting the National Suicide Prevention Lifeline 1-800-273-8255. 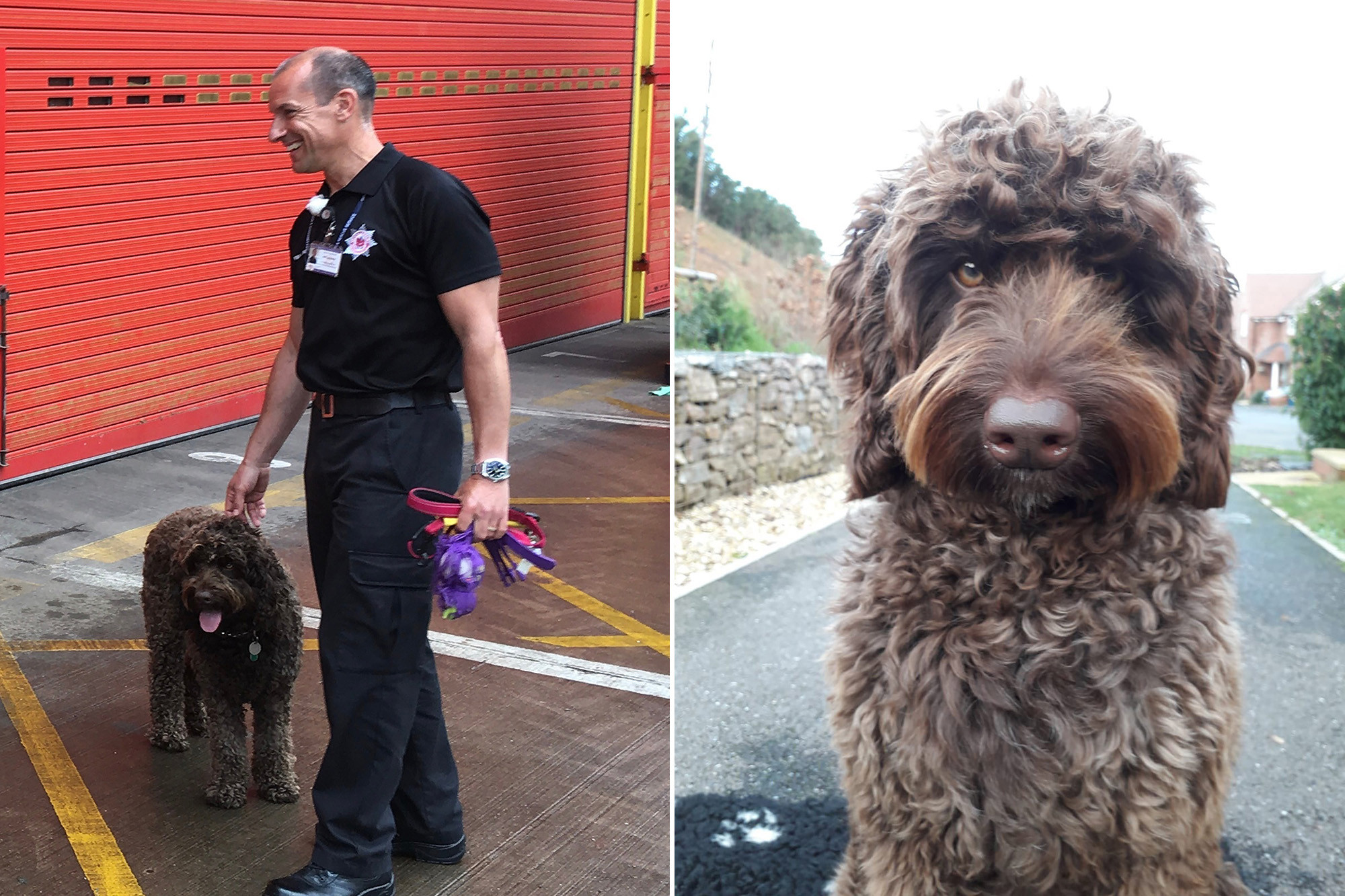