Hundreds of locals packed the basement of a Greenwich Village church Wednesday night for an emergency meeting to address the recent chaos at Washington Square Park.

The NYPD’s 6th Precinct called the emergency meeting amid mounting outrage from fed-up merchants and residents over the nonstop partying that typically escalates with violence at the iconic greenspace.

The line to enter Our Lady of Pompeii Church on Wednesday snaked around the block ahead of the 6:30 p.m. start time.

The community meeting comes on the heels of a particularly violent weekend in the Greenwich Village landmark during which people were stabbed and beaten — and a diner cook was thrown through a window.

The nightly unrest prompted city officials to implement a 10 p.m. curfew, which was pushed back last weekend to midnight, though revelers still partied well beyond 2 a.m.

Businesses in the leafy neighborhood have had to contend with the disorder spilling out into the streets — as well as vagrants harassing customers — which they say has cost them business.

Locals have also complained that cops have done little to abate the pandemonium.

In his opening remarks Tuesday night, NYPD Chief of Department Rodney Harrison told attendees the department is available to “make sure your concerns are addressed.” 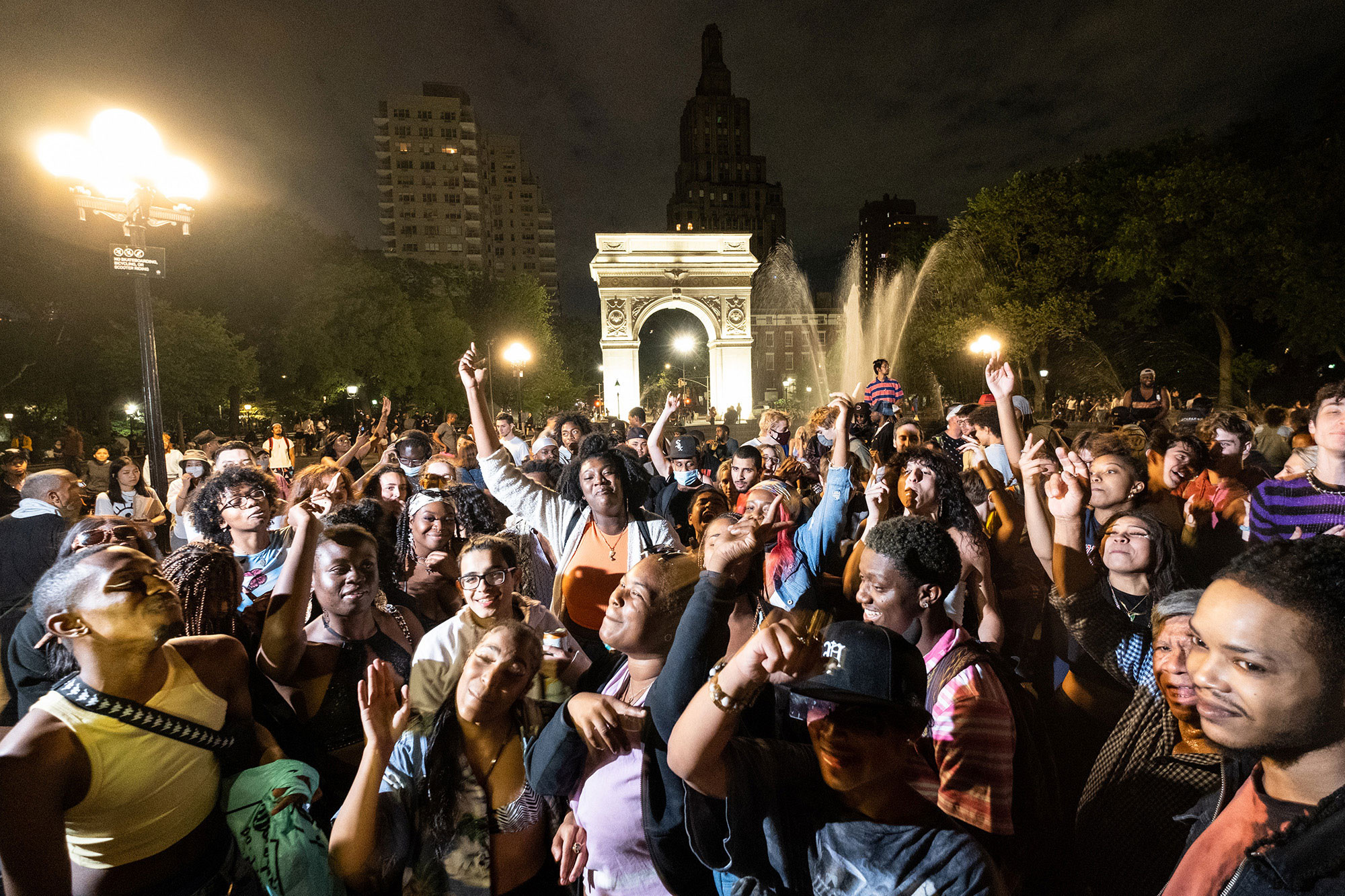