An inmate at the city’s floating jail made a daring overnight escape overnight and was captured late Saturday afternoon after an intense manhunt, police said.

David Mordukhaev, 30, busted out of the Vernon C. Bain Correctional Facility, a barge  in the Bronx across the East River from Rikers Island, some time Friday night or early Saturday, police said.

Photos of  Mordukhaev were sent to every NYPD officer’s cell phone, while the feds and the city Correction Department were also involved in the search.

Mordukhaev was able to get off the barge undetected and then staff failed to immediately notice he was missing, despite suspicious federal investigators  calling the facility around 1 a.m. Saturday to ask about him, law enforcement sources said.

Jail staff said the inmate was accounted for, but it is believed guards  at the short-staffed facility didn’t actually check, the sources said.

The investigators made a second call at 4:30 a.m. asking about the prisoner, and that’s when authorities realized Mordukhaev was gone, sources said.

Officials “observed the window inside the cell was open and the inmate unaccounted for,” police said.

Staff also apparently failed to see evidence of the brazen break for freedom that was everywhere: an open cell window, a knotted rope dangling from it and the apparent prison garb left behind by the fugitive.

Mordukhaev may have had a car waiting for him as part of a planned getaway, the sources said.

“A thorough investigation into how this occurred is underway to ensure that this does not happen again, and disciplinary action, if warranted, will be taken at the conclusion of the investigation,” city Department of Correction spokesman Peter Thorne said.

Mordukhaev was sentenced in December 2013 to 65 months in prison for his involvement in a plot to burglarize a pharmacy in Marlboro Township, N.J., and sell the stolen narcotics for cash, then-U.S. Attorney Paul J. Fishman announced at the time.

He was arrested in April 2020 after he and another suspect, flashing badges and a police radio, approached a man in an SUV in Brooklyn and took off with $340 and a stash of marijuana. When the victim realized the two weren’t cops, he tried to follow them in his car, cops said.

The escaped inmate is a “respectful straight shooter who always told me the truth,” claimed lawyer Lance Lazzaro, who repped Mordukhaev in some of his past cases.

Marvin Mayfield, 59, of the Bronx, who did 11 months at the floating barge more than a decade ago, was skeptical about the daring escape.’

“I have been there. Those windows are tiny. If he’s 5-8, 220 pounds, there’s no way he’s going to be able to stuff his ass through one of those dirty portals,” Mayfield told The Post.

Jailbreaks have been rare in recent years.

An accused cop basher made a dramatic Rikers Island escape attempt June 2020 that included him going unnoticed for more than 20 minutes while he scaled a rec-yard fence and dashed to the East River, sources said.

He was caught in the water two hours later and brought back into custody. 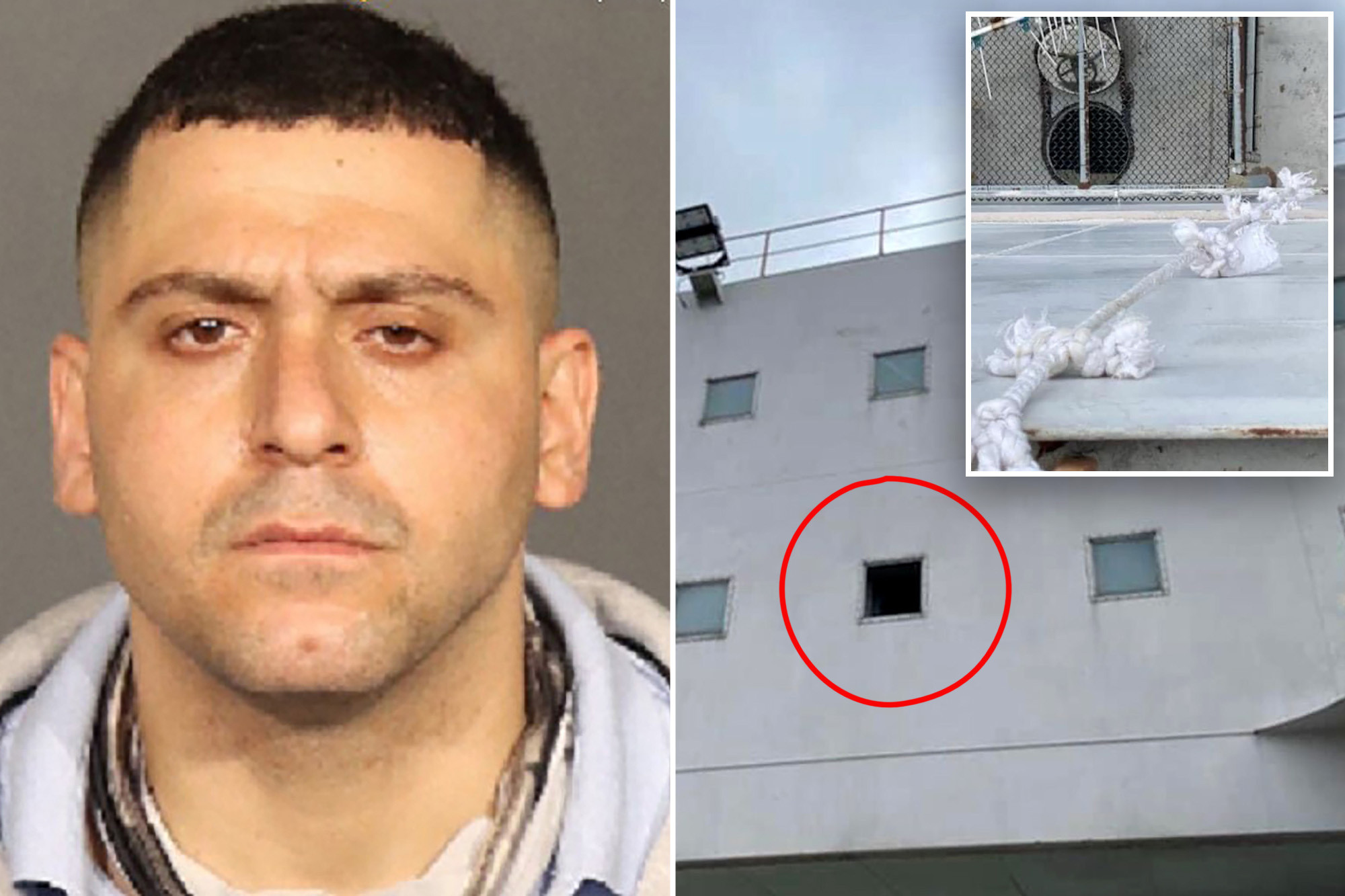