While her ex-husband is getting steamy with Jennifer Lopez, Jennifer Garner is thriving in her $14 million mansion rental.

Garner, 49, is renting a Pacific Palisades, California, mansion while she waits for construction to finish on her new Brentwood mansion located near ex-husband Ben Affleck, 48. They are parents to their three children — 15-year-old Violet, 12-year-old Seraphina and 9-year-old Samuel.

The six-bedroom, 7½-bathroom rented home spans 10,500 square feet, according to the listing. It is unknown how much the “Alias” actress is shelling out for the rental, but the residence’s monthly rent is estimated to be $53,271, according to Zillow.

The white house with bay windows was built in 2009 and was formerly owned by cosmetics heir Dean Factor and his wife, Shannon, before being purchased by the current investor-owner for $13.86 million, according to property records.

Living rooms have French doors and large windows. A formal dining room features a tray ceiling, fireplace, crystal chandelier and an attached butler’s pantry. The main level also has a grand guest suite, an office and a home theater outfitted with purple curtains, according to Realtor.com.

The brand-new kitchen is outfitted in white marble, a large island, Miele appliances and a breakfast nook in an alcove with a bay window, according to the listing. 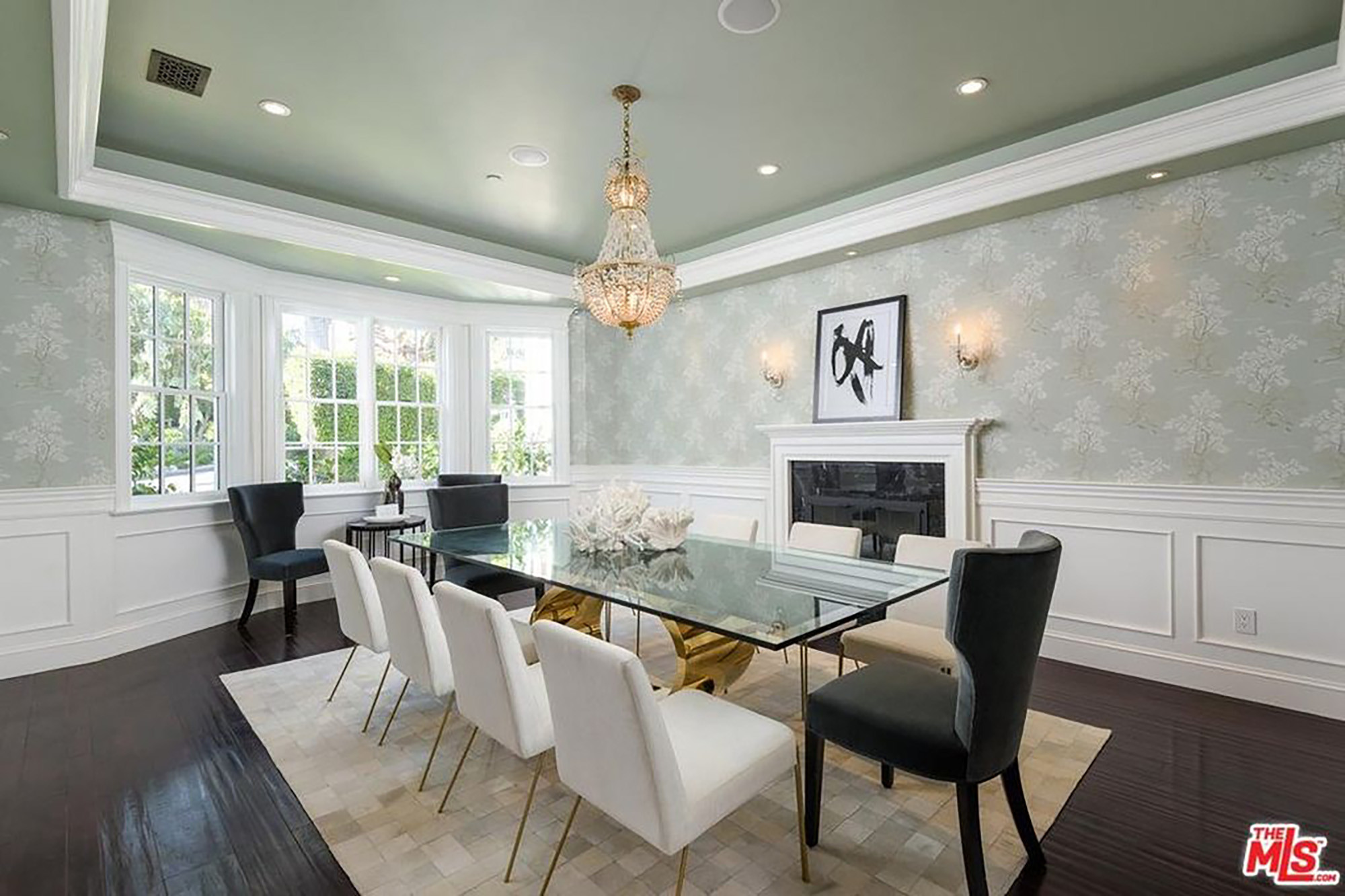 A formal dining room with a tray ceiling has a fireplace and a crystal chandelier. 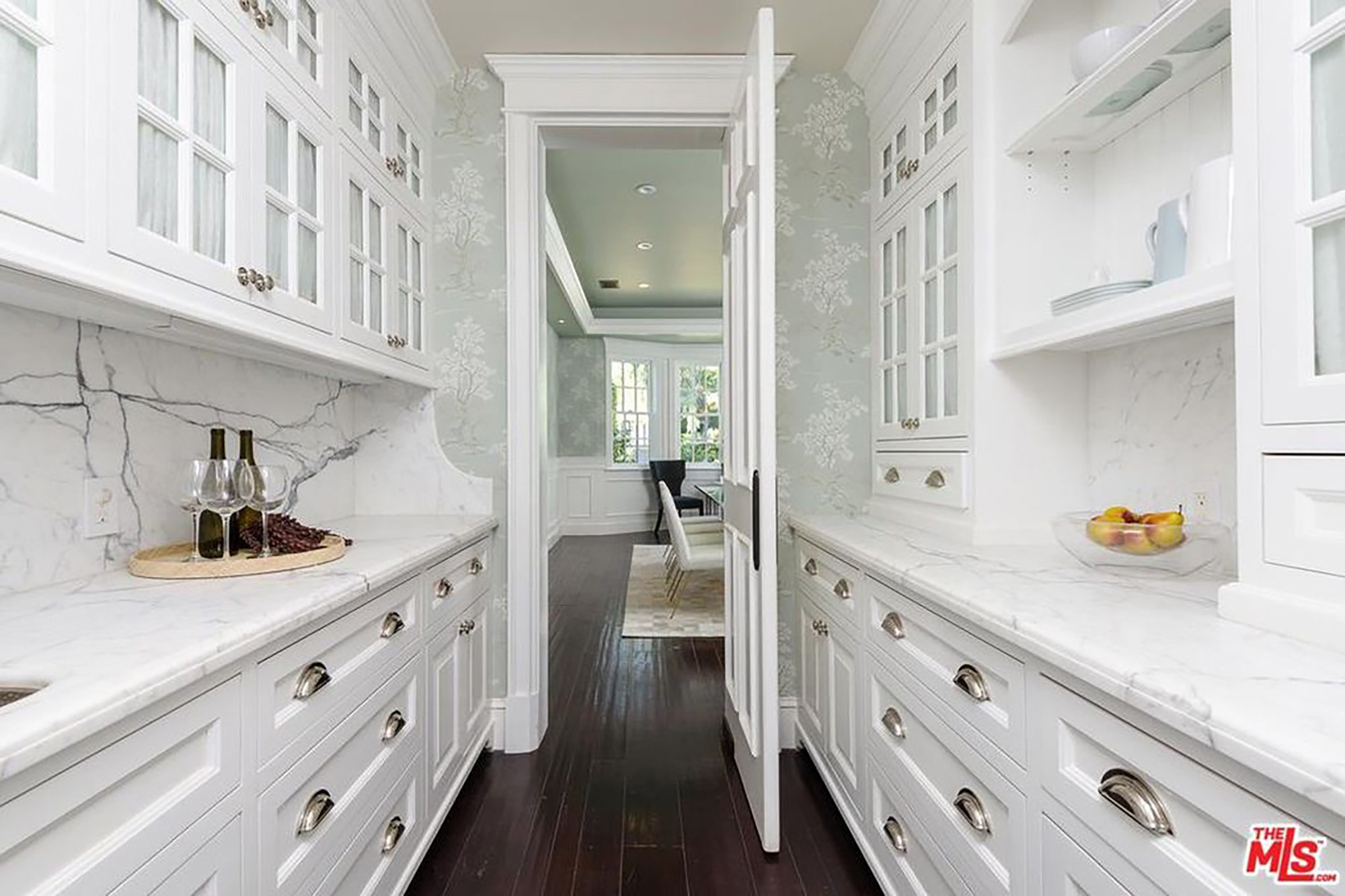 The home also has a butler’s pantry attached to the pale-green dining room.

Upstairs, each of the bedrooms has its own bathroom and a balcony. The primary bedroom suite has vaulted ceilings, a fireplace, a white marble bathroom and walk-in closets, according to the listing.

The basement has a large wine-tasting room; a climate-controlled, approximately 1,000-bottle wine cellar; a gym with a sauna; a craft room; an en-suite bedroom and a billiards room, according to the listing.

The grassy, nearly one-third-acre lot includes a gunite pool with a spa and Baja shelf. The gated yard also includes raised garden boxes, a covered farmhouse dining patio, a patio for entertaining, a fireplace, a barbecue kitchen and a two-car garage, according to the listing and permit records. 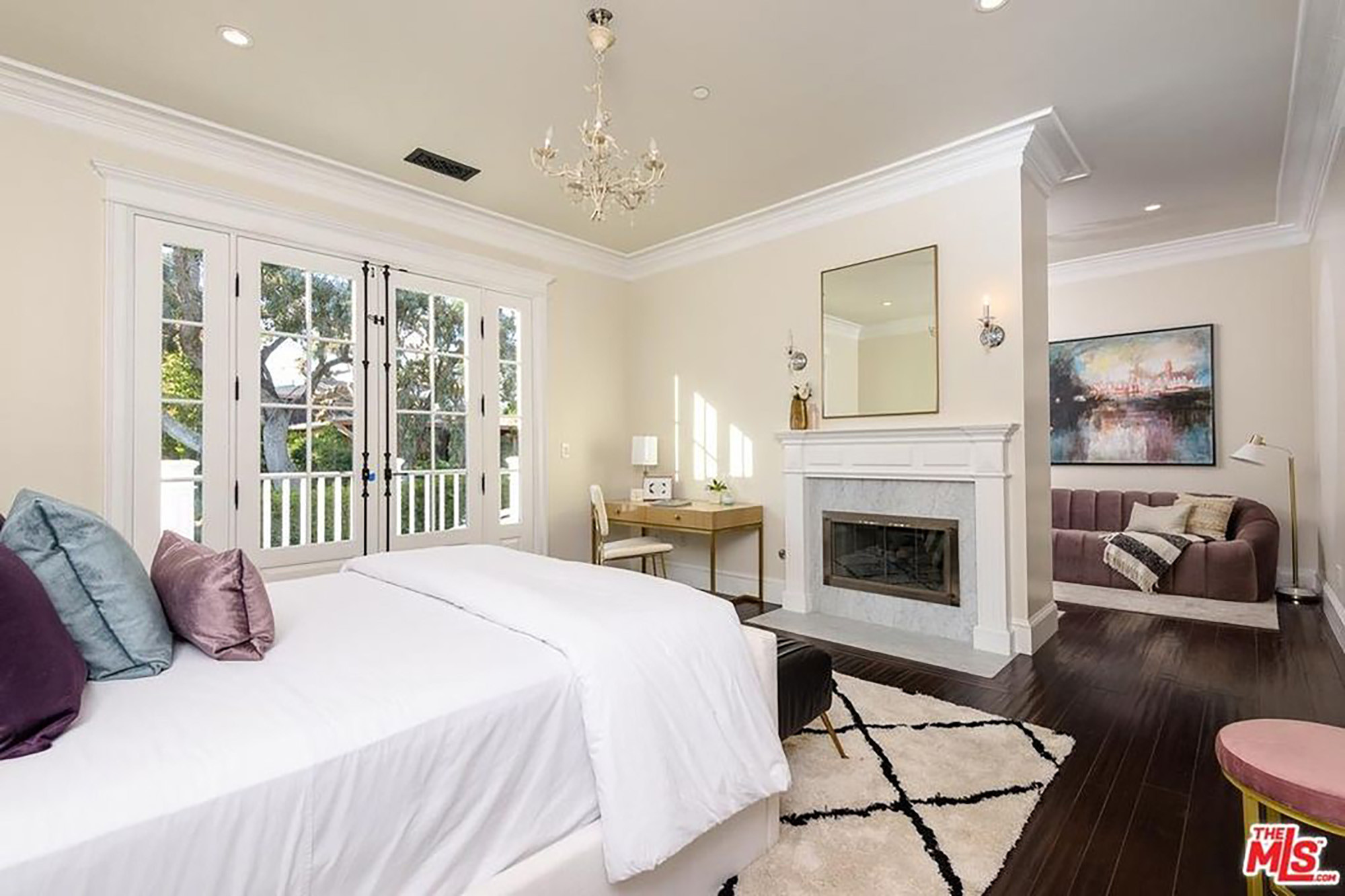 Each of the bedrooms has its own bathroom and a balcony. 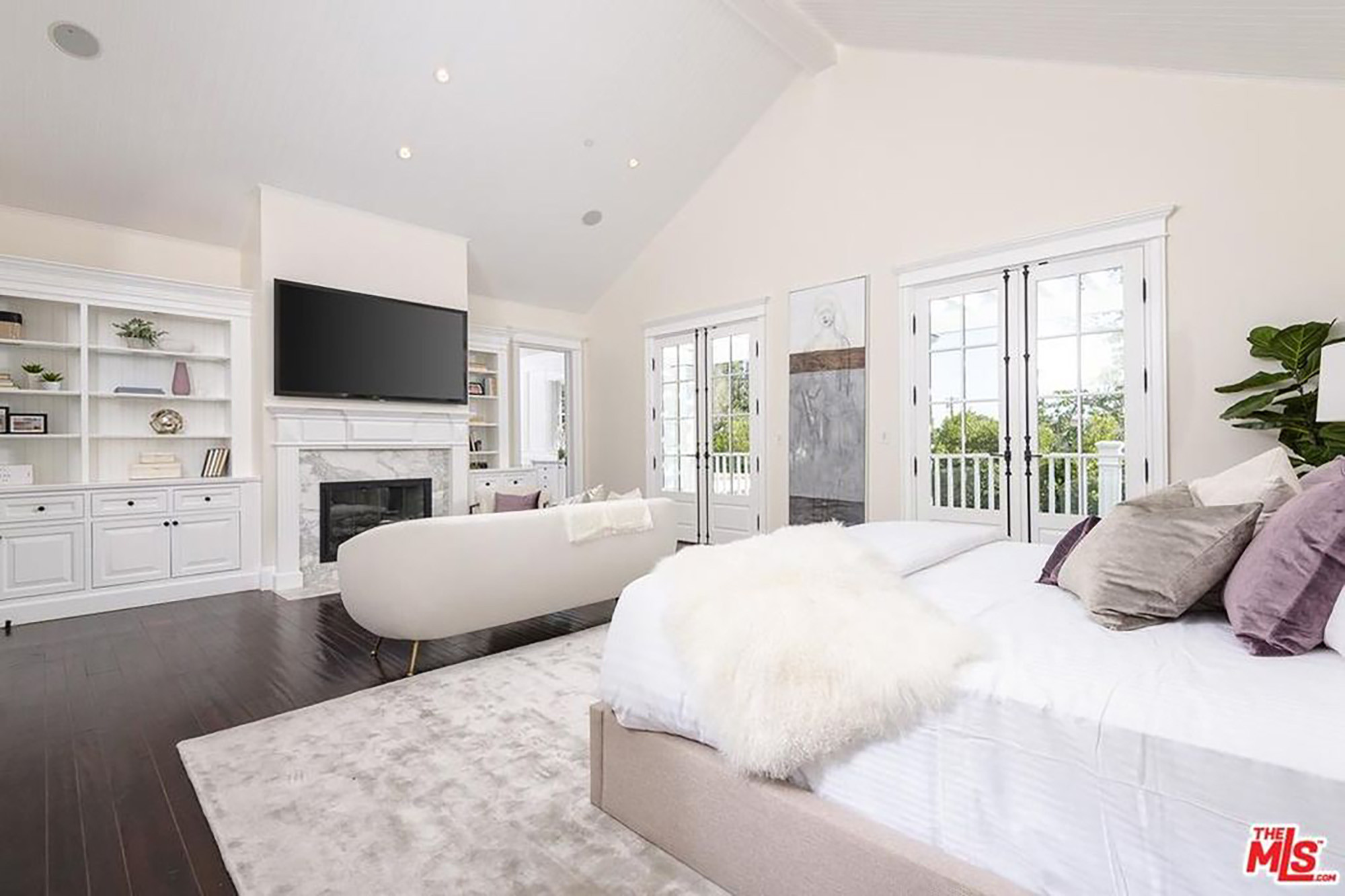 The primary bedroom suite has a vaulted ceiling, a fireplace, a white marble bathroom and walk-in closets, according to the listing.

The rental is temporary while the “13 Going on 30” star, who was most recently reportedly dating CaliBurger CEO John Miller, finishes building her new Brentwood home, which she purchased for $7.88 million in 2019, The Post previously reported. She and Miller are not known to be living together.

“I’ve learned that I’m pretty sturdy,” she told People in March, before it was revealed that she and Miller had reconnected romantically after a yearlong break. “I’m OK when I’m in the house by myself. I’m OK when it’s just the kids and me. I’m okay when they fall apart. I mean I have my moments, but pretty much, I’m really OK.”

Garner previously owned a $32 million mansion with Affleck, whom she married in 2005, and from whom she was separated in 2015 and divorced in 2018. The “Batman” actor, who is in recovery from alcohol addiction, called the divorce the “biggest regret of my life.” Child advocate Garner was previously married to “Scandal” actor Scott Foley from 2000 to 2004. 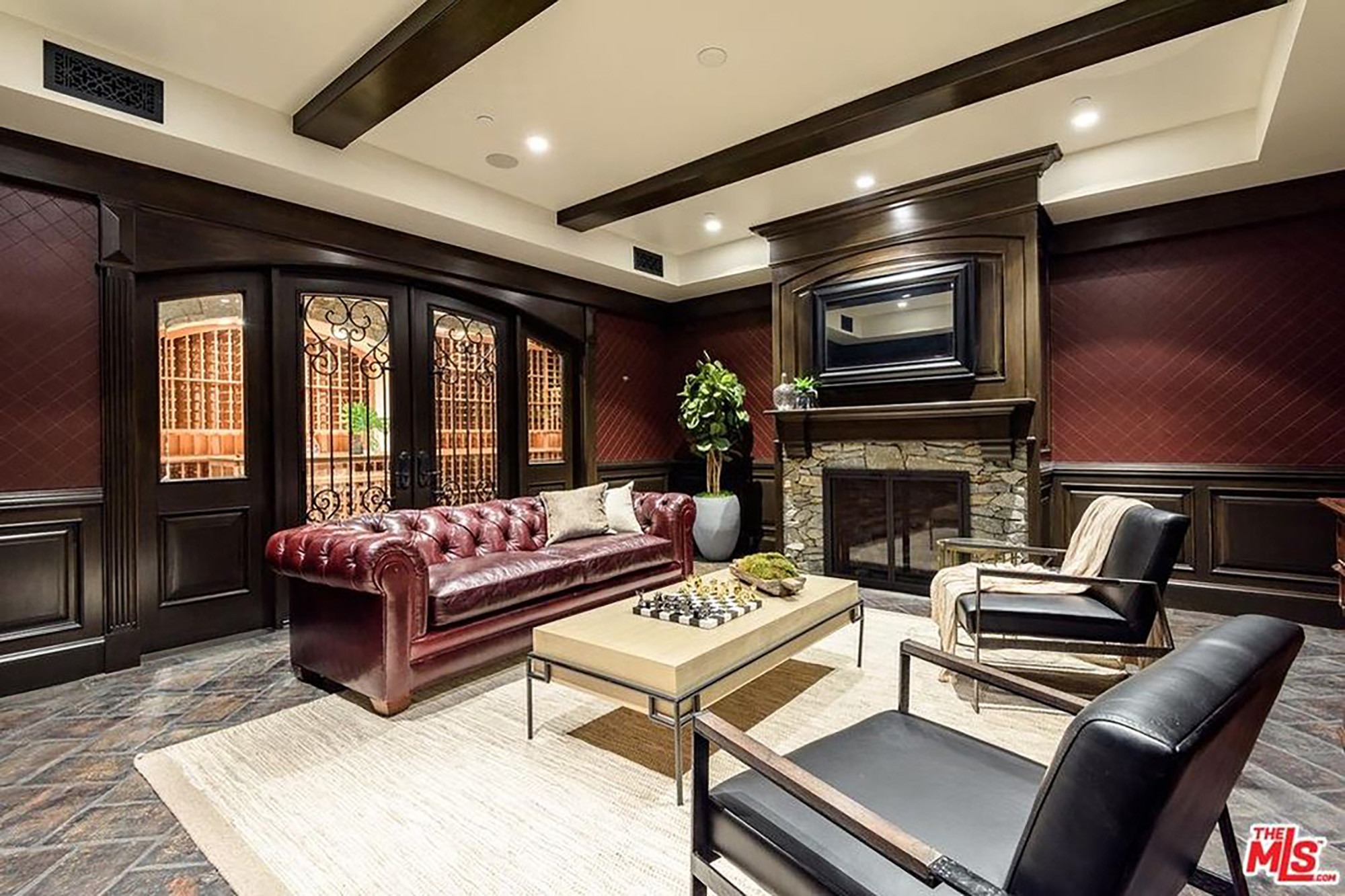 A beamed tasting room with a fireplace is attached to the large, temperature-controlled wine cellar. 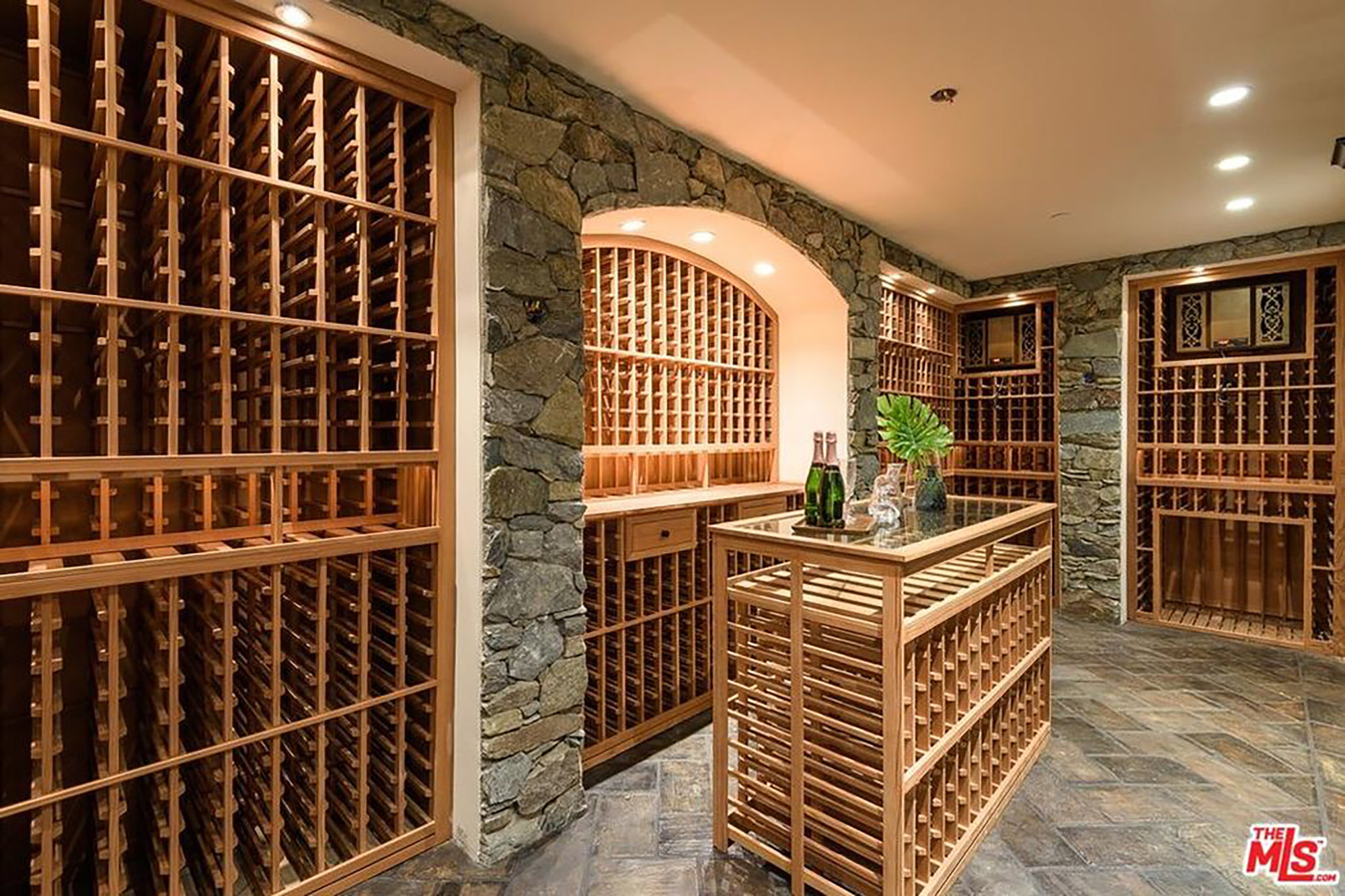 The home has an approximately 1,000-bottle temperature-controlled wine cellar.

Affleck dated and was engaged to 51-year-old Jennifer Lopez from 2002 to 2004. The pair allegedly struck up an email correspondence in February, two months before she split from her ex-fiancé, 45-year-old former Yankee Alex Rodriguez. 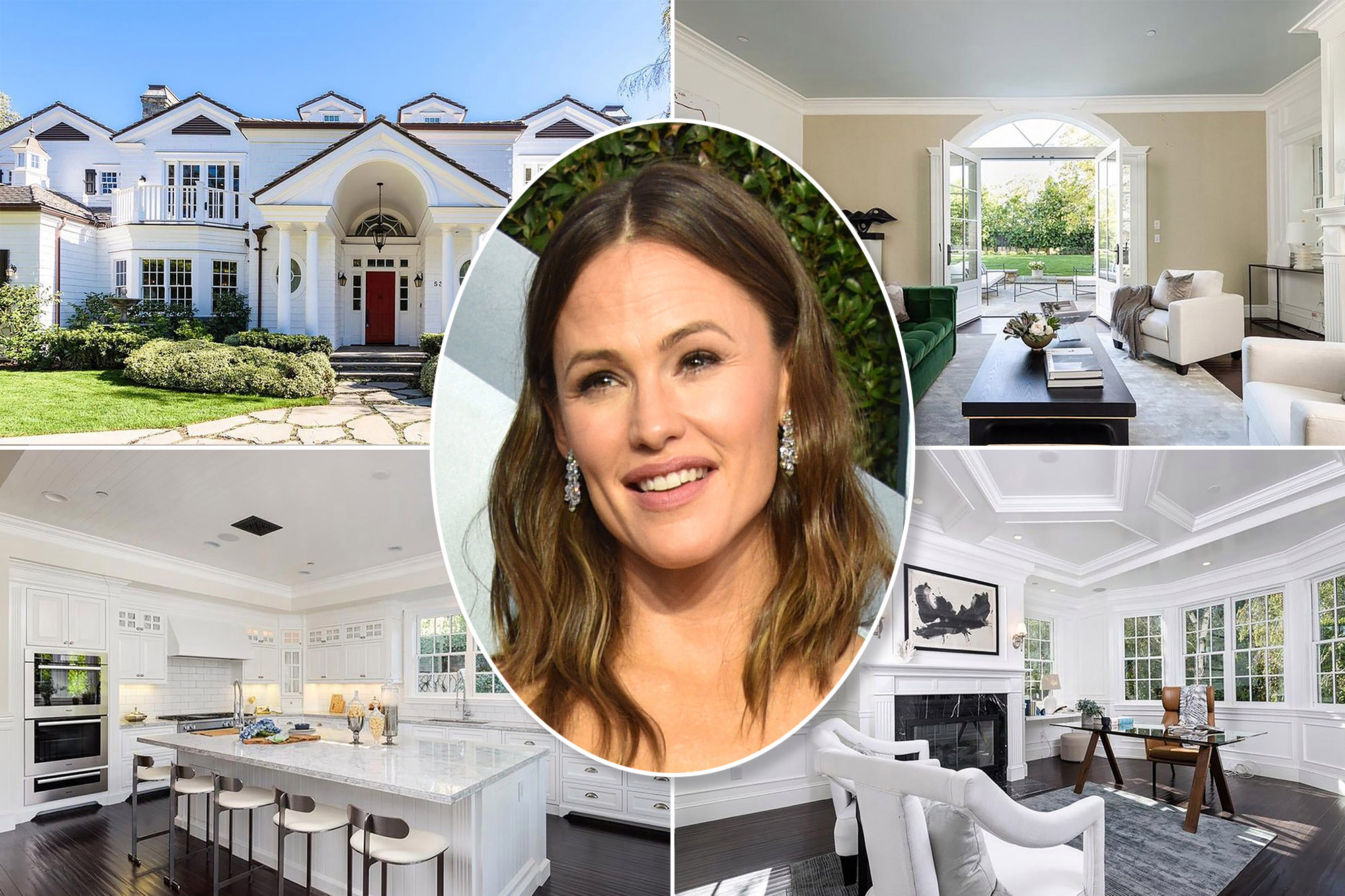