It’s not just Soho — the West Village is looking more like the wild west as of late with scrawls of spray paint covering storefronts and mounds of stinking garbage cluttering sidewalks.

Fed-up locals in the once-desirable neighborhood told The Post on Thursday they have no choice but to deal with the unsightly conditions.

“What’s shocking is it doesn’t even surprise you anymore,” the 28-year-old Tribeca resident added. “You’re just like, ‘Eh, I’ll walk around it.’”

A stroll around the neighborhood turned up loads of graffiti — including across three adjoining buildings on Sixth Avenue near West 3rd Street — and piles of busted furniture and garbage strewn on the sidewalks.

“These are terrible conditions,” said Earfanul Haque, whose newsstand near West 3rd Street sits next to a pile of garbage. “My observation is the Sanitation Department — those people are not really functioning. Supervision is very poor.”

Meanwhile, merchants in the area also complained of homeless people routinely menacing them — and even getting violent at times.

Workers at the Fantasy Parties sex shop near West 4th Street said one vagrant tossed a brick through their front window less than two weeks ago.

“He’s usually walking around mumbling under his breath,” said an employee who did not want to be identified.

“It’s definitely a problem,” she said. “Nobody is doing enough. We have to go out and sweep every 15 minutes or we would get fined.”

Medlat Ghaly, a manger at Papaya Dog, recalled a knife-wielding vagrant confronting one of his employees inside the hot dog eatery.

“He pushed all the stuff off over the counter,” said Ghaly. “He wanted some free stuff.”

Ghaly said the same disturbed homeless man flashed a knife during another incident.

The NYPD did not immediately respond to a request for comment.

The Post on Wednesday reported on the scourge of graffiti in Soho, leaving locals fearful that the trendy neighborhood was turning into a “junkier” down-market disaster.

Mayor Bill de Blasio said during his morning press briefing Thursday that the city would deploy its Cleanup Corps this summer to clean up graffiti in the five boroughs.

“You’re going to see a particularly strong impact going into July, August, as we get ready for everything coming back off the summer,” he said. “We’re going to address the graffiti issue across the board and it’s one of many things were going to bring this city back.” 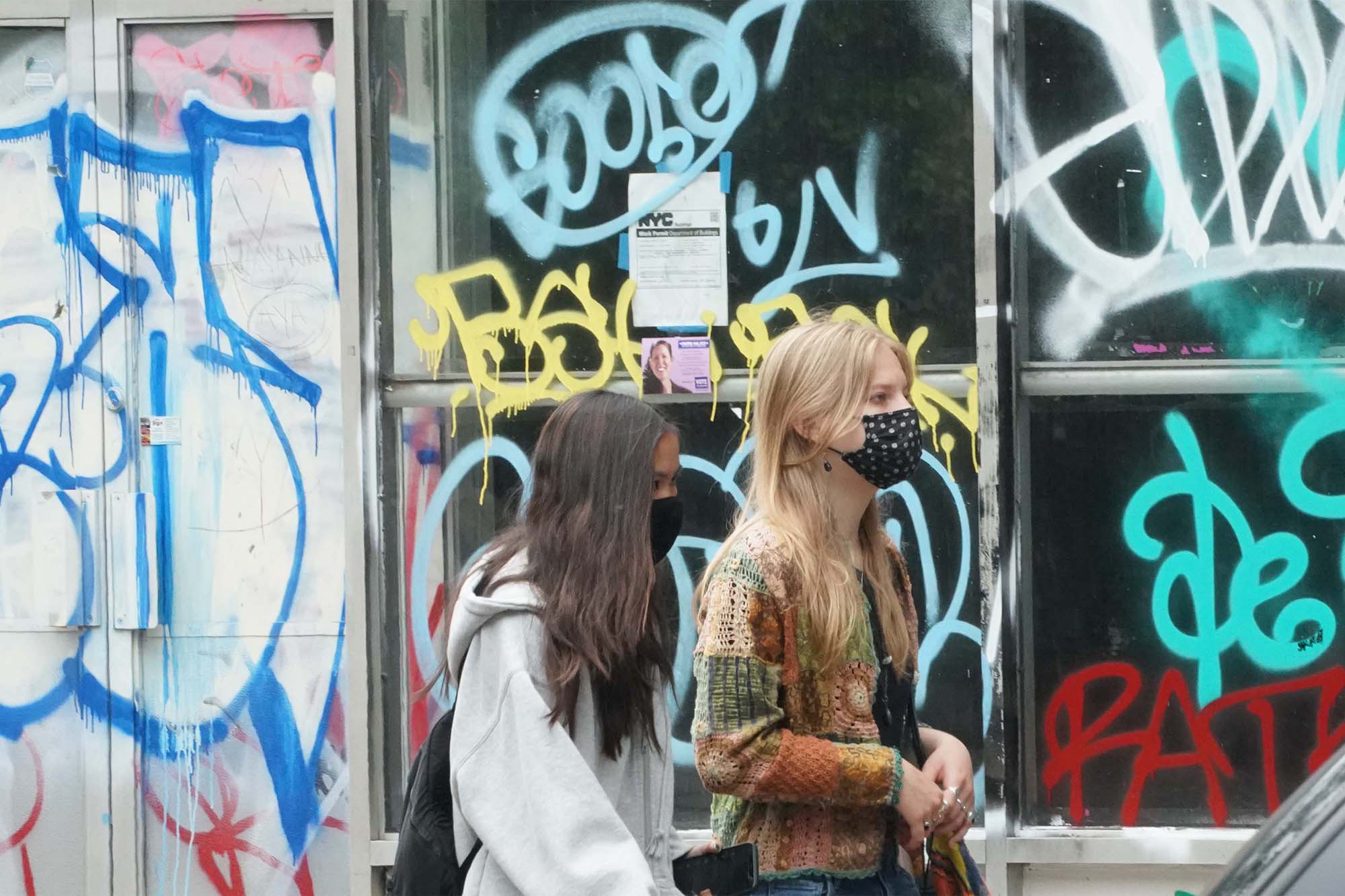