Manhattan’s Jacob Javits Center mass vaccination site will close for good this Friday, as Gov. Andrew Cuomo announced Wednesday the state is turning its focus to boosting inoculations in communities with lower rates.

The move also follows the end of most pandemic-era restrictions after the Empire State celebrated an over 70 percent one-shot vaccination rate for adults, plus the termination of New York’s coronavirus state of emergency last month.

Sites at Suffolk County Community College in Brentwood and SUNY Ulster in Stone Ridge will also shutter operations July 9, as part of the state’s previously announced plan to scale back operations at the one time nearly 30-strong state and federally-run mass vaccination locations.

“We have achieved great progress in beating back the virus and getting enough New Yorkers vaccinated in order to begin getting back to life as we know it, and our mass vaccination sites were key in helping us get here,” said Cuomo in a statement.

“As we continue our mission to make the vaccine accessible in every community and to focus our efforts on the areas with lower vaccination rates, we are proceeding with the downscaling of mass vaccination sites so that we can shift resources to where they are needed the most.”

The location was also criticized for administering the life-saving shots to an overwhelming majority of non-New York City residents.

The convention center was also converted into a US Army field hospital at the onset of the COVID-10 crisis — and despite having a 1,000-bed capacity, treated just 1,094 coronavirus patients between March and May of 2020.

State officials also famously denied the admission of virus-infected nursing home patients from Brooklyn’s Cobble Hill Health Center, after facility officials desperately reached out to the state for assistance in controlling the virus.

A little over 60 percent of New Yorkers of all ages have received one jab, along with just over 72 percent of those 18 and up, according to the Centers for Disease Control.

Nearly 55 percent have completed their vaccine series, as well as 66 percent of adult New Yorkers. 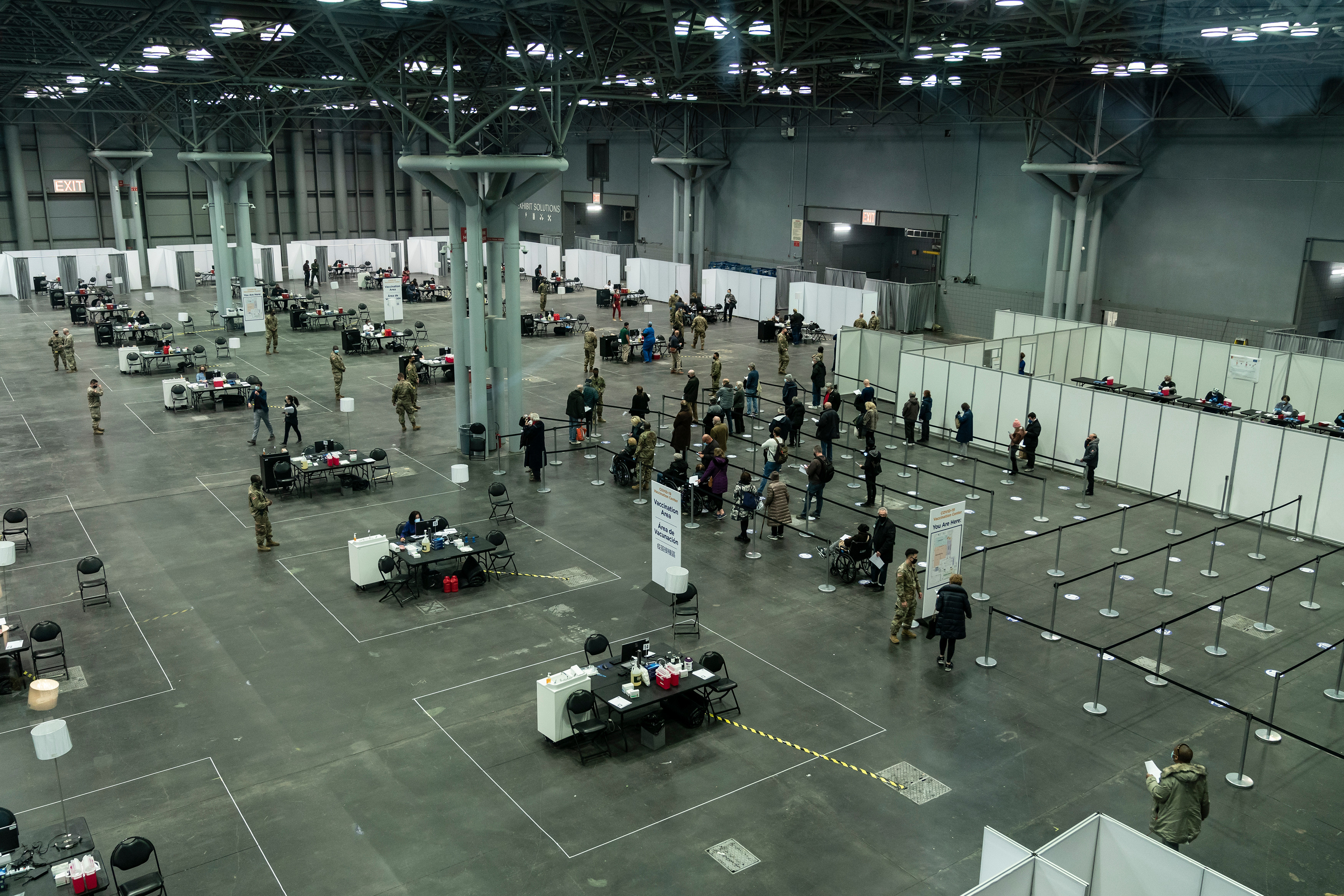