When she started college, MiAngel Cody expected to become a doctor. However, MiAngel, who is my guest this week on “Renaissance Man,” switched her career course and ended up healing a lot more people than she could have as an MD. She became an attorney who has devoted herself to freeing incarcerated people unjustly given life sentences under draconian drug laws.

“I went to college and told everybody in my family that I wanted to be a doctor,” she told me. But while attending Xavier University, a HBCU in New Orleans, she found another calling. “I was there between 1997 and 2001. And that was a time in New Orleans where the DA was prosecuting lots of young black men and seeking death sentences against them. So I got involved in the anti death penalty movement there in New Orleans and really just being galvanized and inspired to tell people’s stories who were thrown away. I went to my mother and I was like, ‘you know, I think I want to change my major and I want to be an organizer and an activist.’ ”

Her mother wasn’t convinced that was a career path, so she took the LSATs just to see how she’d score. She didn’t reveal the number, but it must have been pretty damn good. She went to law school, started practicing and then founded the Decarceration Collective, a female-led firm devoted to taking on the cases of people unjustly rotting away in prison. In 2019, she and fellow lawyer Brittany Barnett founded the 90 Days to Freedom campaign, which drew financial support from Kim Kardashian. It was a legal sprint to see how many people serving life sentences could be freed. They brought 17 people home. In all, she has seen 44 clients previously resigned to being locked away forever, walk out of prison.

Her legal labor is the basis for the documentary “The Third Strike,” which hit Apple TV in March. The powerful film, made by director Nicole Jones, used archival footage of her clients’ family members as they tell their personal stories of having loved ones “buried alive.”

MiAngel started adding the recordings along with the paper briefs she was sending to the White House. Speaking of the White House, I had to ask her about dealing with Donald Trump. Kim Kardashian has weathered some criticism for working alongside our 45th president on prison reform as has Van Jones, who talked about that in a previous “Renaissance Man” episode. But like Van and Kim, MiAngel doesn’t view her work through a partisan lens. She just wants results.

“I will say I’ve never had one of my guys or women who is in prison say to me, ‘Miss Cody, I’m just sit here and do this life sentence because I don’t want you to go meet with this president and that person.’ So, you know, I think there is a lot of unincarcerated privilege when people weigh in about who we should be [meeting with] . . . I appreciate people weighing in in the public conversation. Right. That’s really, really important. But I also think that if we believe that black lives matter, then we also believe that it is necessary and worthwhile to go to whoever and say, give this body back to us, give this person back to us, unlock this prison. And so I’ve never had any hesitation about going to anyone and saying, no, this person deserves their freedom.”

MiAngel is clearly deserving of her first name. She admits she isn’t easy to work for but her high expectations get results. And she isn’t making bank off her clients’ backs. Much of her work is pro bono. Just like the quality of your education shouldn’t be dictated by your zip code, the quality of your legal representation shouldn’t be only tied to your financial means. And she isn’t just giving them life-saving services, MiAngel is restoring families and repairing broken homes. In the process, she’s also found herself a surrogate family.

“I think every one of my guys, they’re like my family. And I’m saying, guys, because I’ve mostly represented men serving life in prison. But yeah, they call me whenever they get out and they have their first job interview or they just had a breakup, you know, or I go to the family reunion or the barbecue … And so for me, I’m not married, I don’t have kids. They’re my family. And I think that is amazing for me. Right. To just see how each person grows into themselves. And there’s always like a place for them in the world. So I feel honored to be able to walk with them on that journey. I always tell every person who gets out that I have to be invited to the celebration.”

The beauty of my podcast is that I get to talk to people from all walks of life. I have chefs, entertainers, broadcasters, actors, team owners and league commissioners. I even had my idol Magic Johnson on here. But the heartbeat of our society is powered by people like MiAngel who are answering a calling. She is fulfilling an essential role right now, helping to steer much needed change and a re-examination of some of our laws that have unfairly affected black and brown folks.

She’s all business but that doesn’t mean she doesn’t have a fierce fashion sense. Her style philosophy is being “unapologetic” and bold.

In the court room, she wears both pantsuits and dresses and fully embraces her unique taste.

“As a black woman, federal lawyer, I already don’t fit the stereotype. I’ve had plenty of clients tell me, ‘you know, I wanted to get the white man or the Jewish lawyer more.’ And those are some of the stereotypes . . . I don’t represent that, that’s not me, my voice will never be baritone . . . And so I just decided, look, I’m going to really lean into and cultivate who I am and not be afraid to pull a look. You know, I’m not going to be, you know, sitting in the background hoping nobody notices me. When you’re in federal court in front of a jury, the first thing you want to do when you stand up, you want everybody to look at you. And so that’s just very important, right? Because once you have them looking at you, then they’ll start listening to you.”

And I hear you, MiAngel. We all hear you.

Detroit native Jalen Rose is a member of the University of Michigan’s iconoclastic Fab Five, who shook up the college hoops world in the early ’90s. He played 13 seasons in the NBA, before transitioning into a media personality. Rose is currently an analyst for “NBA Countdown” and “Get Up,” and co-host of “Jalen & Jacoby.” He executive produced “The Fab Five” for ESPN’s “30 for 30” series, is the author of the best-selling book, “Got To Give the People What They Want,” a fashion tastemaker, and co-founded the Jalen Rose Leadership Academy, a public charter school in his hometown. 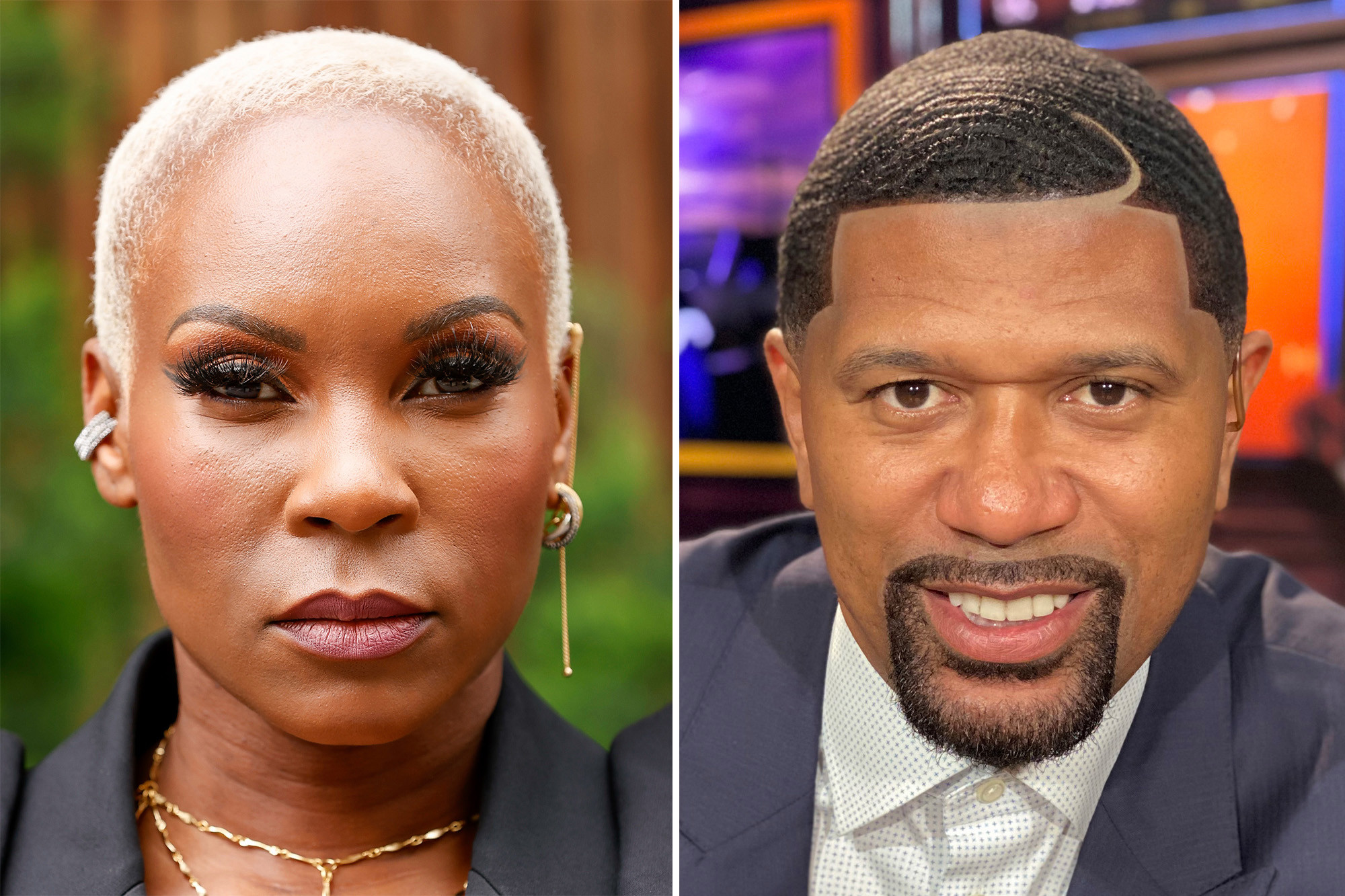