Gov. Andrew Cuomo may be so damaged by multiple scandals and investigations of his actions that he’s vulnerable to a primary challenge from a far-left progressive, Jumaane Williams, who is a shoo-in for re-election this fall as New York City’s public advocate, sources said.

Williams has raised eyebrows for making moves that political insiders believe is laying the groundwork for a potential run next year against the scandal-scarred, three-term Democratic incumbent, who faces a state Assembly impeachment inquiry over his handling of the coronavirus pandemic and sexual harassment claims.

Many political dignitaries have been invited to Williams and fiancee India Sneed’s July 15 wedding reception at the W Loft in Williamsburg, including people not known as especially close to the public advocate, sources said.

“People can come in two shifts, 6:30 p.m. and 8:30 p.m.” said one invitee, who believes Williams is trying to win some goodwill and build up his political network.

“Jumaane is positioning himself to run for governor,” the source said.

Last week, Williams tweeted after seeing Cuomo’s sagging poll numbers: “As usual and now clearer than ever,@NYGovCuomo has more than earned himself a primary. These numbers look VERY encouraging if you happen to know anyone who’s considering primarying him.”

Williams, who ran in the Democratic primary against Kathy Hochul in 2018, was in Syracuse and Rochester Tuesday, meeting with elected officials to discuss public safety and police reform.

He was in Buffalo Wednesday, meeting with the Democratic-Socialist nominee for mayor, India Walton, who upset four-term incumbent Byron Brown, a Cuomo ally.

“I wouldn’t be surprised if he’s flirting with running for governor because he’s already run in a statewide contest.”

Viteritti said unlike Cuomo’s prior leftist primary challengers — “Sex and the City” actress Cynthia Nixon and Zephyr Teachout — Williams could capture some black and Hispanic votes crucial to winning a Democratic primary.

“So fun to see my two faves @JumaaneWilliams & @Indiawaltonbflo together in Buffalo! But I couldn’t help but wonder …what’s the NYC Public Advocate doing so far North?? Is he traveling the state?!? Be still my heart ,” Nixon tweeted.

But Williams insisted Wednesday his trip was government-related, not political, and that he was not plotting a run for governor — at least for now.

“There are no tea leaves to be read,” Williams said. “People also thought I was running for mayor.”

He said people are “having fun” with their tweets.

Williams said he was forming a coalition of elected officials statewide to address public safety, combat gun violence and reform police practices — similar to the movement to tighten rent regulations.

The city officials said the upstate trip was planned before he opined that Cuomo, should he run for a fourth-term, deserves a primary challenge.

The public advocate said he also made a trip to New Jersey to discuss public safety with Newark Mayor Ras Baraka.

Williams noted that during his upstate visit, Cuomo unveiled a plan to address gun violence, including calling the spate of shooting a public emergency.

He praised the initiative as “welcome” but “overdue.”

“The state needs to step up here,” Wiliiams said.

Wiliams said many political “colleagues” as well as family and friends are coming to his wedding reception, a celebration that was impacted by the coronavirus pandemic.

“The governor is working hard for all New Yrokers and is doing the job voters elected him to do — and perhaps other elected officials should also take their responsibilities as seriously,” said Cuomo spokesman Richard Azzopardi. 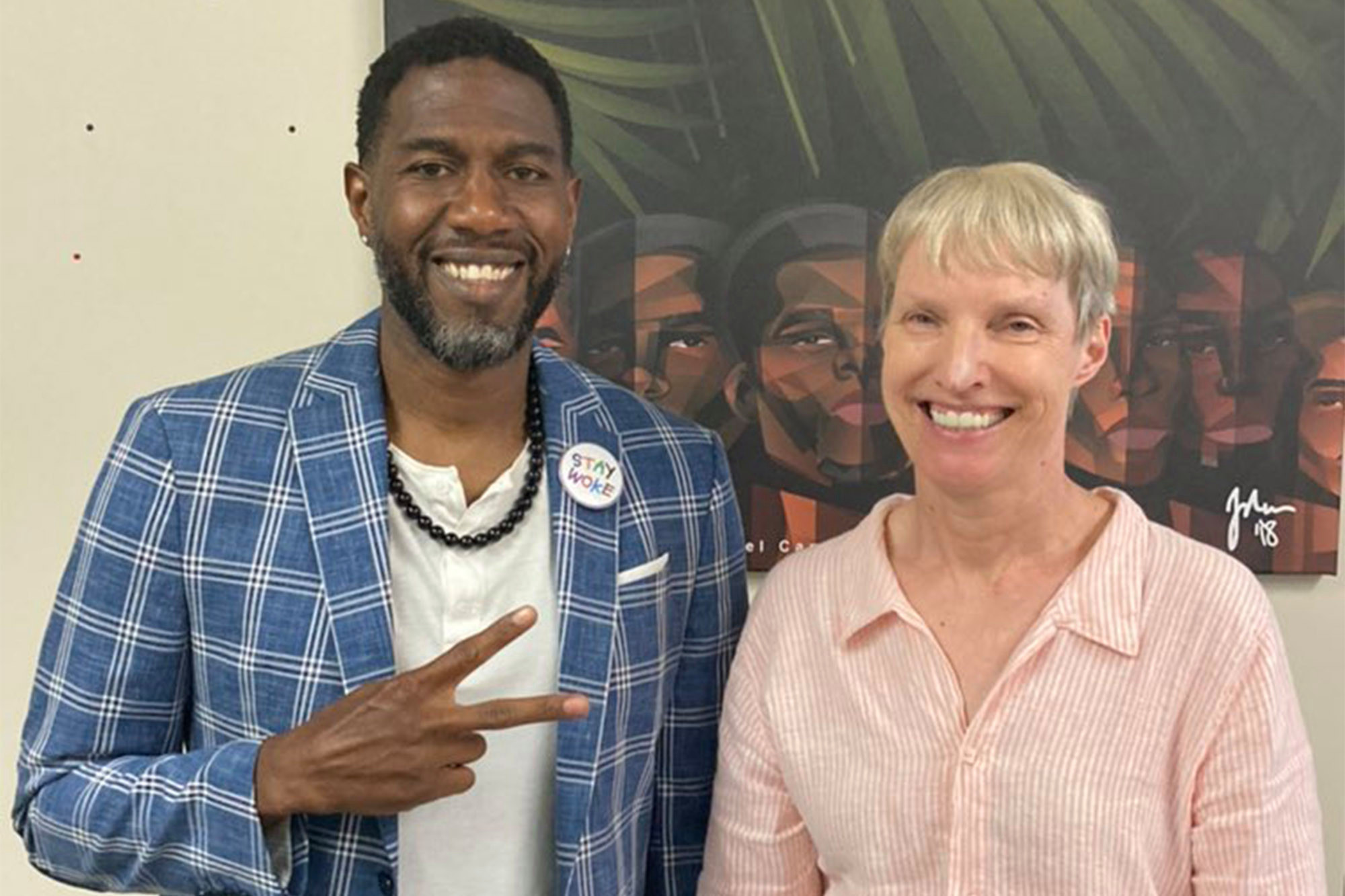