Mayoral candidate Kathryn Garcia said Tuesday that she supports the controversial law that lets NYPD cops be prosecuted if they restrict a suspect’s breathing or blood flow and also opposes any use of “stop and frisk”– even as city voters say surging crime is their No. 1 issue.

Ahead of the June 22 Democratic primary, Garcia told The Post that she wouldn’t make any changes to the law enacted amid a wave of “defund the police” reform last year.

“We know that we need to have police that are keeping us safe and, regardless of the color of our skin, that they are guardians and not warriors,” the former Department of Sanitation and New York City Housing Authority head said at her Brooklyn campaign office. “So I would uphold the law that we have now.”

Garcia added that she opposes even a limited return to stop-and-frisk, which — as previously applied by the NYPD — was ruled unconstitutional by a federal judge in 2013.

“Stop-and-frisk was a failed policy,” she said. “You can’t just stop people randomly on the street randomly because of the color of their skin.

“If you are pursuing someone that you have a [matching] description of someone who has committed a crime, obviously that is part of being a cop,” she continued. “That’s not what we’re talking about with stop-and-frisk. We’re talking about random acts of stopping people on the street.”

The positions put Garcia at odds with some of her fiercest rivals in the neck-and-neck race, which saw early voting begin Saturday.

Both Eric Adams and Andrew Yang have said that they would be open to revisiting the 2020 chokehold law.

And Adams — a former NYPD captain who once testified in federal court against the overuse of stop-and-frisk — has said that he believes the tactic could be refined for use in limited scenarios without compromising New Yorkers’ rights.

A coalition of police unions filed suit in August 2020 to throw out a part of the chokehold law — known as the “diaphragm clause” — that makes it illegal for cops to kneel on a suspect’s back.

In court papers, cops argued that the provision “stands to criminalize the lawful use of force, (and) threatens both police and public safety.”

NYPD insiders have railed against the law from its passage, arguing that it handcuffs cops, making it harder — and potentially dangerous, both physically and legally — for them to collar struggling suspects.

On Tuesday, one police source said that the law “has to change.”

“What happens if you fall on top of a guy while he’s fighting you?” asked the veteran cop. “You wrestle to the ground with this guy and you end up on top of him. Now they’re going to say, ‘Aw, you compressed his chest.’

“It’s stupid. None of these people have ever tried to arrest anyone,” the source continued. “It’s easy to talk that crap when she [Garcia] doesn’t have to do it.” 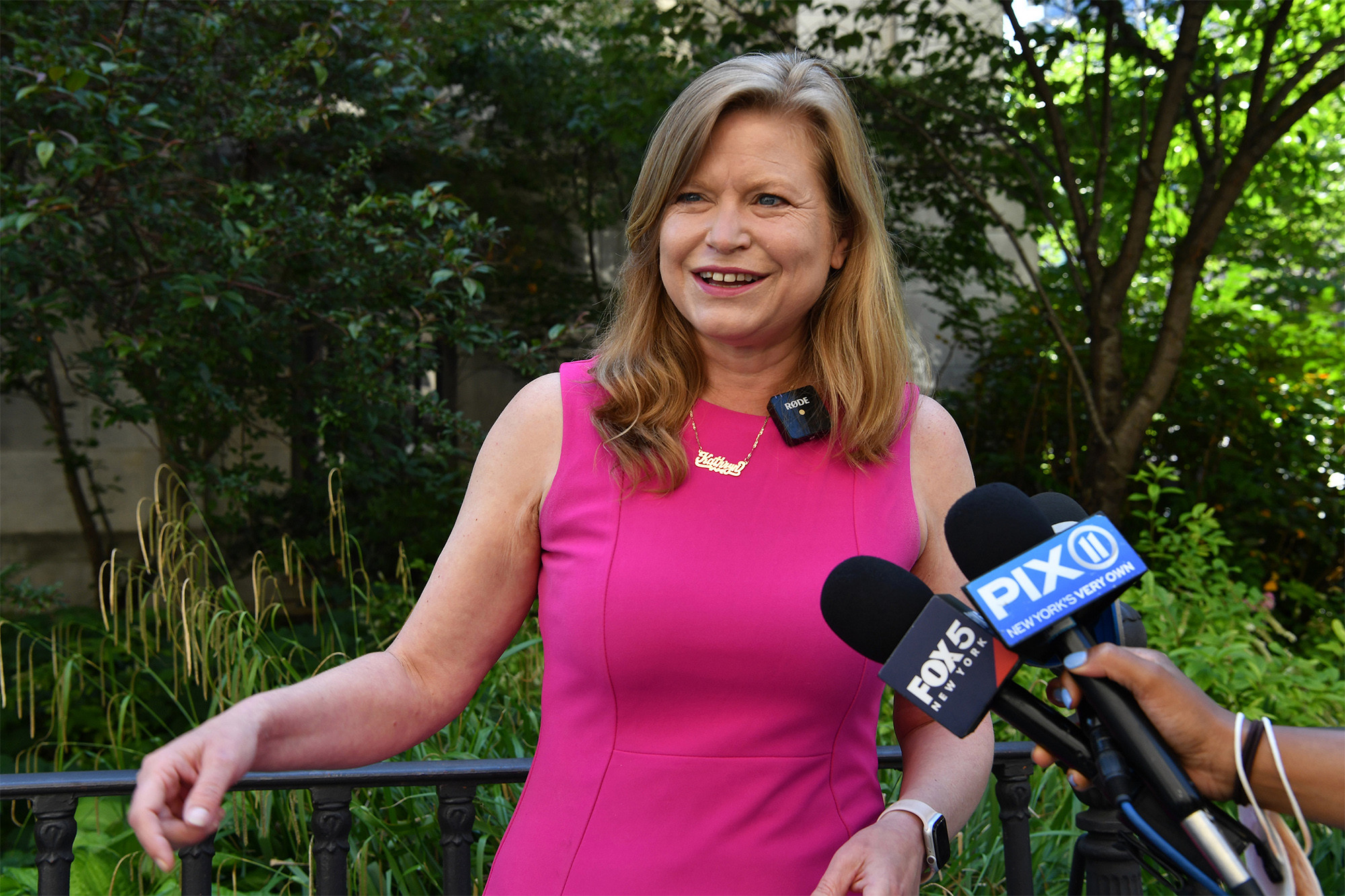