Two anglers in different states recently made headlines for catching large goldfish in the wild. While this was likely an exciting moment for them, local officials aren’t celebrating.

The Virginia Department of Wildlife Resources confirmed on its Facebook page that one angler had set a new record after catching a 3 pound, 9-ounce goldfish in Hunting Creek. He had originally caught the fish in late May during a fishing trip on the Potomac River, but the record was only just confirmed.

This is reportedly the first record set for goldfish in the state.

The Virginia DWR, however, wasn’t celebrating the catch. On Facebook, the department wrote, “The introduction of goldfish to waterbodies is illegal in Virginia. Pet owners should never release their aquatic organisms into the wild as unforeseen impacts can occur including disease, competition, and predation.”

Around the same time that the Virginia angler’s record was being certified, an angler in Missouri caught a 9-pound butterfly koi fish at Blue Spring Lakes Remembrance. The Missouri Department of Conservation posted about the catch on Facebook as well, acknowledging the angler for the catch.

While the department didn’t confirm if the catch was a record, it posted a similar warning about the dangers of dumping pets.

“When pet owners dump ornamental fish like this, it can cause serious issues for native species,” the department wrote. “Instead of dumping aquarium fish, check with local pet stores who may take them back, or connect with aquarium clubs in your city.” 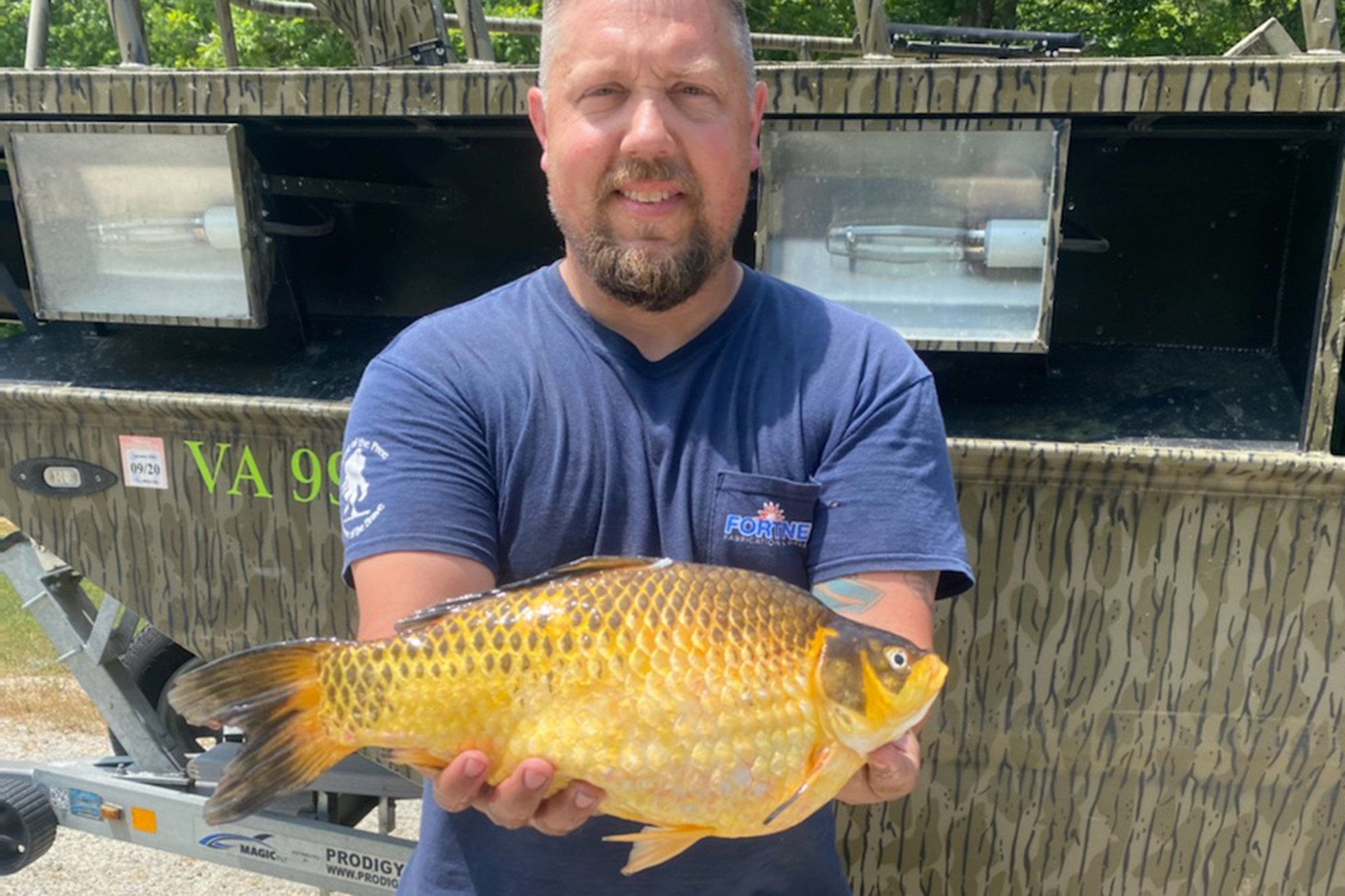