A lightning strike killed 18 people Sunday when a bolt blasted a watchtower where tourists were snapping storm selfies in Jaipur, India.

There were a total of 27 individuals at the top of the 12th Century Amer Fort, the popular tourist attraction where the strike occurred, according to BBC News.

Some of the victims leapt to the ground as the lightning came down, and law enforcement officials have reported that most of them were young people.

“Many people died in front of our eyes. If people had gotten help and authorities had reached on time then [they would have been alive],” an eyewitness told ANI. “We brought many people down. We rescued the people who were still alive, those who were still breathing and pulled some people out of the gorge.”

Dozens more were killed as a result of a storm system that tore through northern India. Nine more deaths occurred in Rajasthan state, where Jaipur is located. At least another 41 people died in the state of Uttar Pradesh, plus seven others in Madhya Pradesh.

Lightning strikes are not uncommon in India where they’re known to kill at least 2,000 citizens annually, especially in rural and agricultural regions where people predominantly work and spend their time outdoors. Strikes are most common between June and September, during India’s monsoon season, and are thought to be increasing in frequency, according to Indian Meteorological Department. Data shows that lightning phenomena have increased 30-40% in approximately 30 years — a trend which some believe has been nurtured by climate change.

Chief ministers in Uttar Pradesh and Rajasthan, with support from Prime Minister Narendra Modi, have plans to provide compensation for families who have lost loved ones.

It’s far from the first incident of photographers risking — and losing — life and limb for the sake of a selfie. The most recent data available showed that at least 259 people worldwide died in selfie-related accidents between 2011 and 2017, including risky cliffside photo ops and too-close attempts at consorting with wild animals. 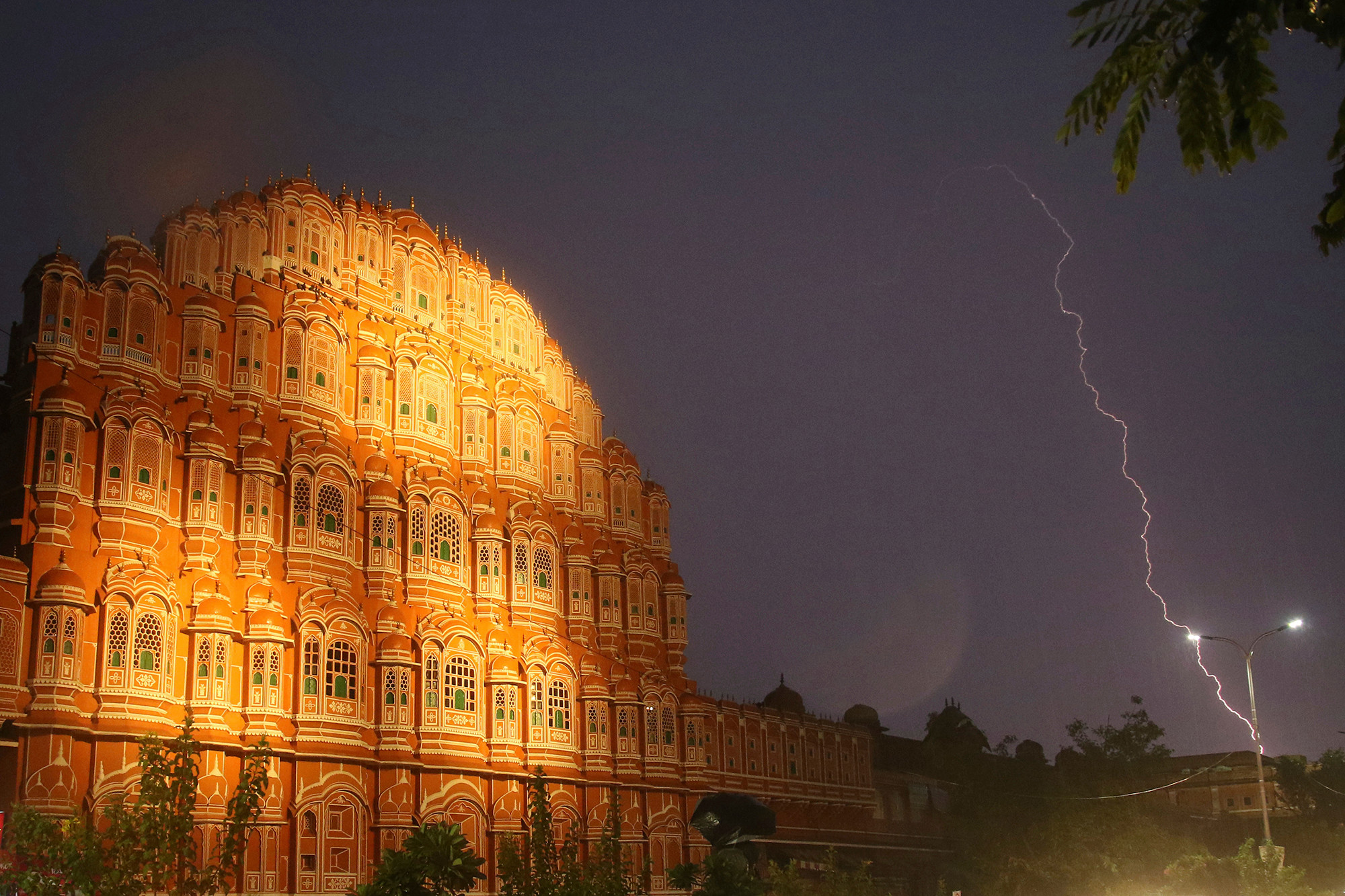 Lightning strikes in the sky during the rain near Hawa Mahal in Jaipur, Rajasthan, India, July 11, 2021. 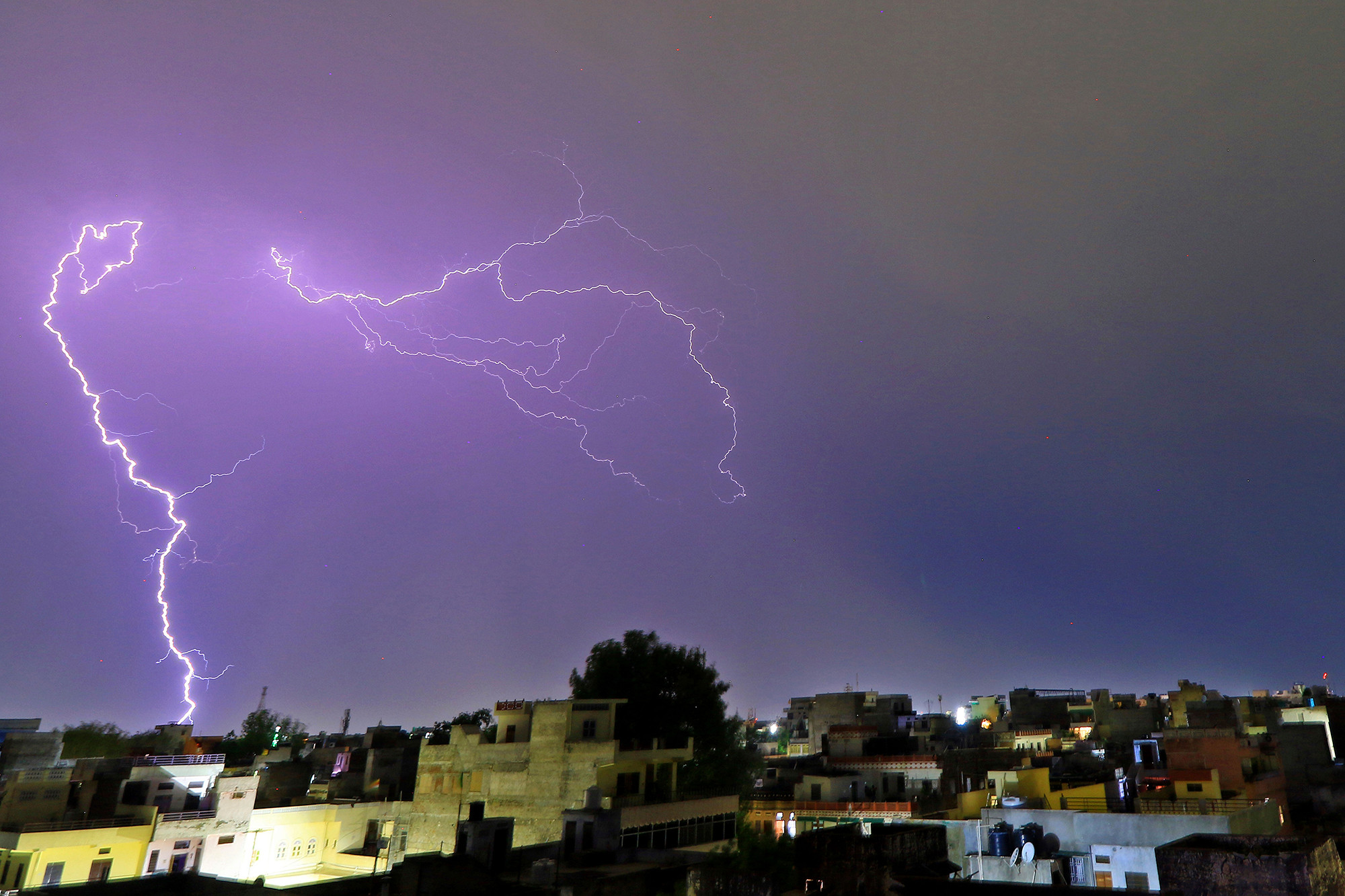 Lightning flashes illuminates the sky during a thunderstorm over walled city in Jaipur, Rajasthan, India.

We’ve all become much more used to working out at… 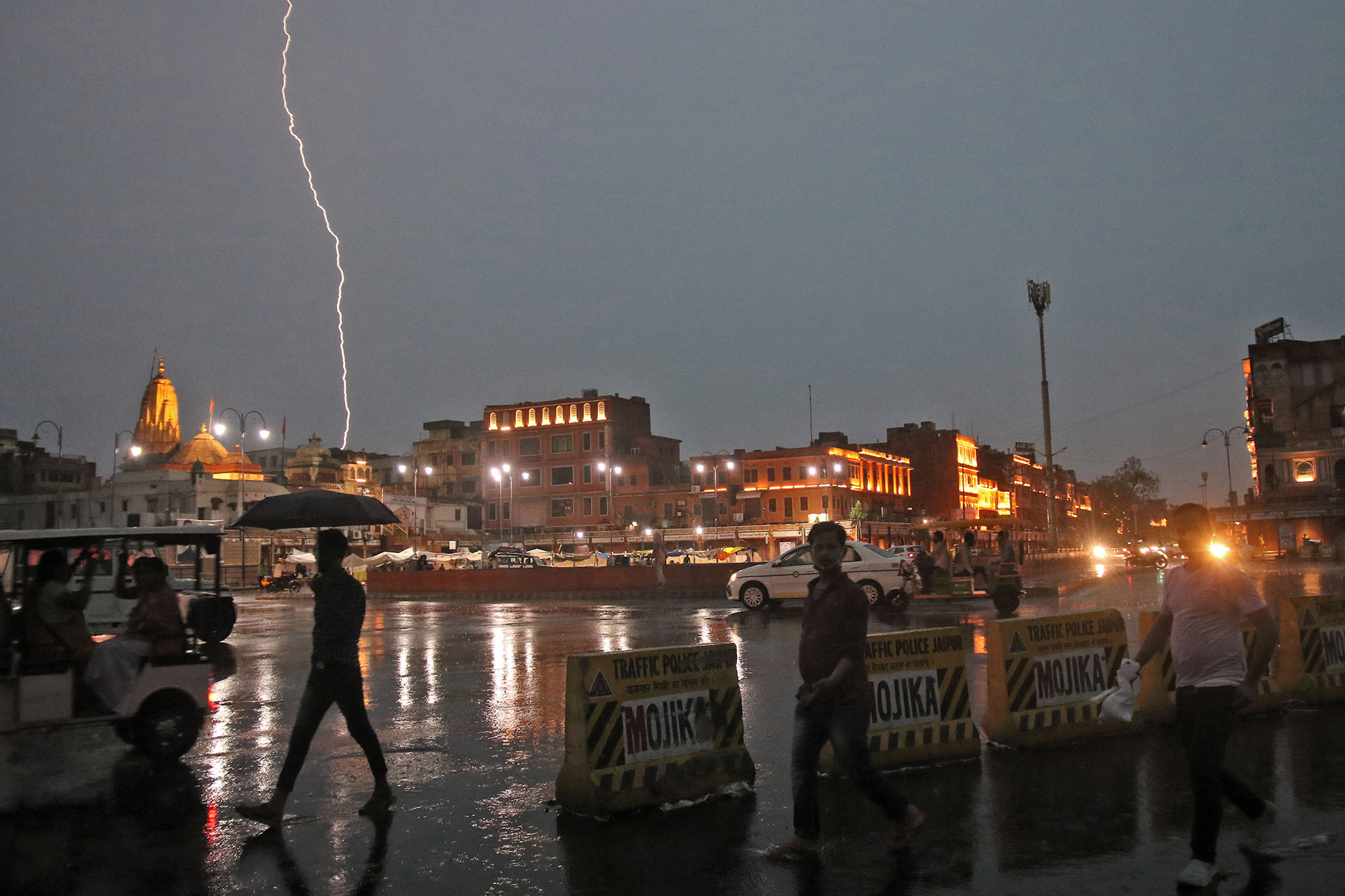