Gov. Andrew Cuomo’s haphazard plan to build an essential worker memorial in Battery Park City keeps hitting a wall of resistance from local politicians who call the most recent options for a site “unacceptable.”

Cuomo’s ambitious goal to have the memorial erected by Labor Day comes after the governor nixed the initial blueprint following fierce backlash from residents.

“Both sites under consideration are unacceptable,” said a spokesman for Rep. Jerry Nadler (D), whose district covers Battery Park City.

“We are fighting for the community.”

Nadler believes the location for the Essential Workers Memorial should be at the COVID-19’s epicenter, in a neighborhood like Elmhurst, Queens, the spokesman, Rob Gottheim, told The Post.

He claimed the current design for the memorial would need to be scaled back to fit inside Battery Park City.

Nadler will join other politicians and fed-up locals at the proposed site near the Irish Hunger Memorial Monday to speak out against the most recent plan.

Manhattan Borough President Gale Brewer, as well as Councilman Robert Holden and Daniel Dromm are among city politicians who have also spoken out against the new possible locations for the monument following the governor’s reversal.

Brewer, who will attend the anti-Cuomo project show of force, said the governor fomented opposition by failing to consult with Batter Park City residents from the outset of the planning process, rushing to ram through the memorial ahead of Sept. 6.

“Without community input, we can’t do it,” Brewer told The Post Sunday. “If the governor had done so in the beginning, there might have been a different outcome.”

Currently, there are two potential spots for the memorial. The most likely home to the “Circle of Heroes” — which would consist of 20 Maple Trees, which would represent various essential workers, and an eternal flame — is next to Irish Famine Memorial, at Vesey Street and North End Avenue. Another less likely option would be next to the Esplanade Plaza Volleyball Court at  Liberty Street at South End Avenue.

Dromm (D- Elmhurst), who represents parts of Queens that were especially hard hit by the pandemic, believes building it in his district would be more appropriate than erecting an essential workers memorial proximate to one commemorating the Irish Potato Famine.

“Putting Essential Workers Memorial next to Irish Hunger Memorial is a bad idea. Both deserve dignity & respect & this proposed site doesn’t accomplish that,” he tweeted Thursday.

“Maybe the Essential Workers Memorial should be put in my district near Elmhurst Hospital, the epicenter of the epicenter.”

Holden (D-Maspeth) claimed the process for the essential worker remembrance has been “rushed.”

“Our essential workers deserve a lasting monument to their dedication that is well planned and well placed, not one that is rushed and might take away from another nearby memorial,” he wrote. “This needs to be planned with input and engagement from the community.”

In response, George Tsunis, Chairman of the Battery Park City Authority, said the group is “excited to celebrate and memorialize” front-line workers and talked up the “feedback” it’s received since the initial uproar about the monument.

“As planned, last week the governor’s office and Battery Park City Authority continued to hear from the community, take in feedback and make changes based on that feedback regarding the new essential worker monument scheduled for completion later this year,” Tsunis said in a statement.

“After many long and productive conversations, we are still so excited to celebrate and memorialize the essential workers here in Battery Park City,” he added. “We look forward to sharing the updated plans for the monument.”

The latest development in the “Circle of Heroes” saga comes more than two weeks after Cuomo, a third-term Democrat, first announced his intention to honor front-line workers at the end of summer.

“The “Circle of Heroes” monument in NYC will open this Labor Day, honoring the essential workers who carried us through this pandemic,” he said in a tweet on June 23.

“It will be a permanent tribute to their heroism & service. These workers have *always* been essential & we are eternally grateful.”

The lack of resident feedback shortly after aroused fierce opposition.

“This memorial requires bulldozing a local community park with natural grass and trees where many friends and family members gathered safely outdoors during the pandemic, and where many children run and play,” fumed Battery Park City resident Adrian Mak on June 29.

Cuomo chose a task force made up exclusively of union leaders to recommend a site for the concrete structure, which would have taken away green space, and did not include any residents of Battery Park City in the site selection operations, critics have said.

Following the cascading complaints from some vocal local residents and lawmakers, the governor on July 2 withdrew the initial version of the “Circle of Heroes,” which would have been built at Rockefeller Park.

On Wednesday, the Cuomo-controlled Battery Park City Authority floated a pair of new potential sites on the state-owned property.

Batter Park City is currently home to several memorials, including tributes dedicated to the Holocaust, 9/11, Mother Cabrini and Hurricane Maria. The outcry about the latest memorial put forward comes as a politically weakened, scandal-scarred Cuomo faces probes into alleged sexual harassment, his more than $5 million book deal, and his shielding of nursing homes from COVID-19-related lawsuits. 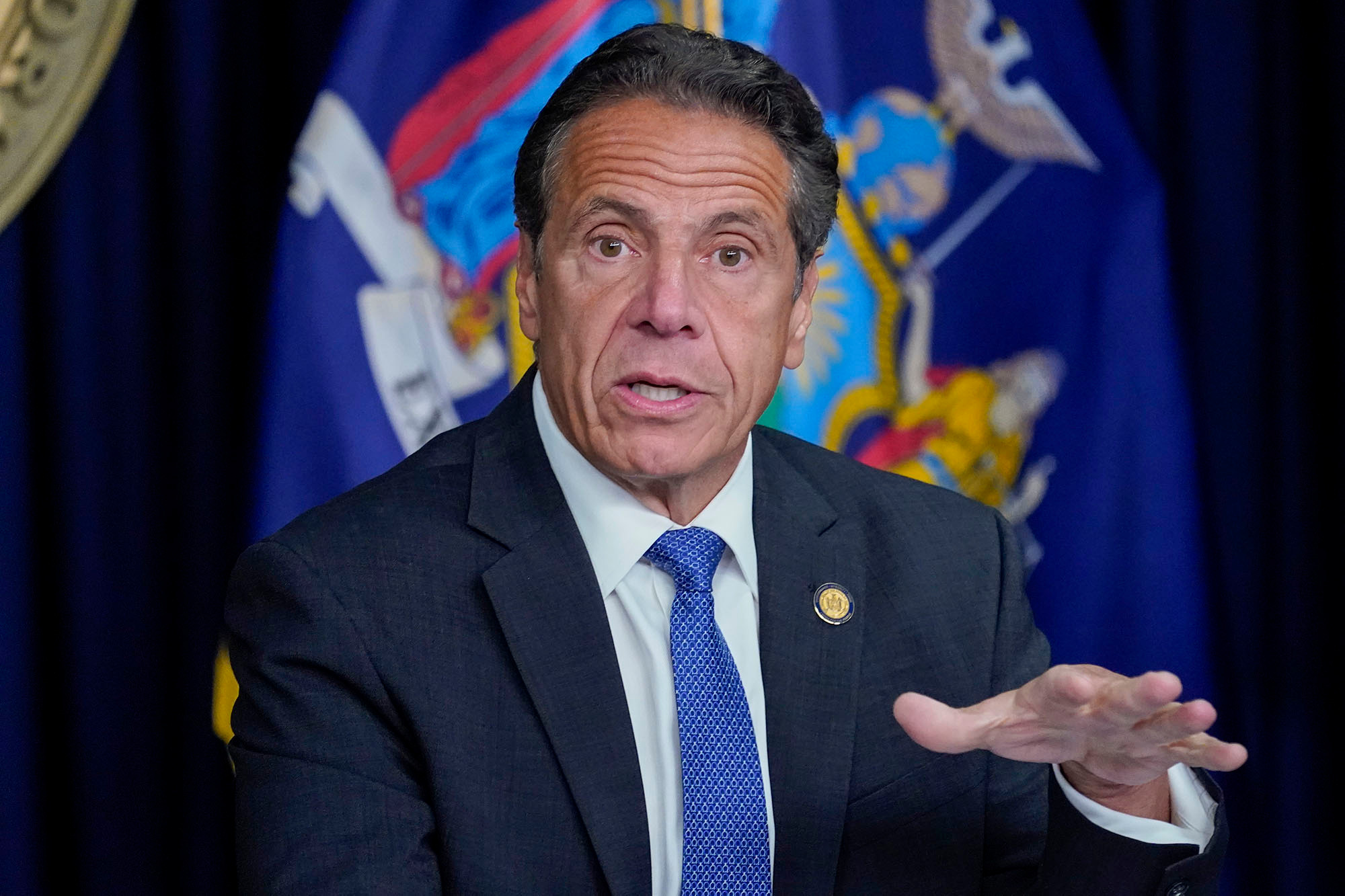