There’s an epidemic of post-pandemic visitors at national parks.

Lockdown-weary Americans are flocking to the nation’s most beautiful natural environments en masse — to the degree that it’s causing an overcrowding problem at both the parks themselves and in nearby towns.

“Anywhere you go, there’s going to be a line,” Libby Preslock told the Wall Street Journal following a recent visit to Utah’s Arches National Park. Preslock arrived at the park at 9 a.m., only to learn that it was full. Signs recommended eager visitors try back in three to five hours, so she decided to try her luck at Canyonlands, another national park in the area.

There, too, she encountered a wait but was able to enter after an hour.

The wait times were not a one-off, but part of a recent trend: Approximately 194,000 people visited Arches this April, a 15 percent increase from the number of visitors in 2019 — and a 100 percent increase from April 2020, when it was closed due to the coronavirus pandemic, the Journal reported.

Canyonlands saw a 30 percent increase in visitors in April 2021, compared to April 2019.

According to the Bureau of Land Management, the increase is significantly due to more first-timers recently checking out the parks.

“Out of the five national parks, this is probably one of the most unique, but I definitely wouldn’t say it’s my favorite because there’s too many people,” said recent Arches visitor Susan Mathews of her own experience.

The new popularity has also caused an overrunning of limited park campsites.

“People could be parked right next to a sign that says ‘closed to camping’ and they’re just like, ‘But the app said it was open,’” Nicollee Gaddis-Wyatt, a field manager in Moab — where Arches is located — told the Journal.

The solution is not yet clear, but many local business owners are against establishing the same kinds of reservation systems that have recently been installed at California’s Yosemite National Park and Main’s Acadia National Park.

“I think it will kill our economy,” Moab Cowboy Country Offroad Adventures owner Kent Green said of requiring reservations for entry, as he believes such a policy will discourage last-minute visitors from coming to Moab. 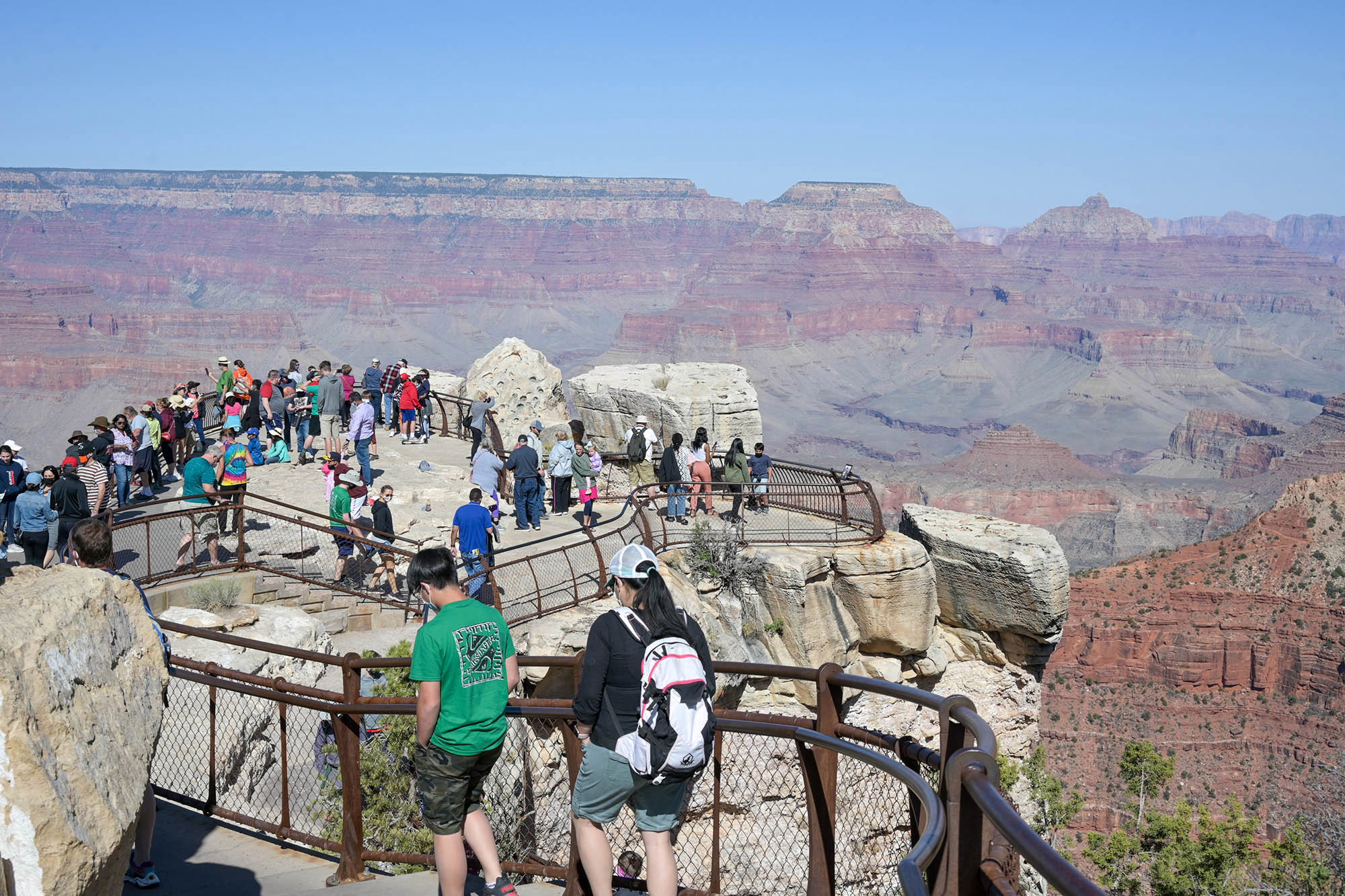