Deaven Russell was busted in the Crossroads of the World around 12:30 a.m. for allegedly pulling off the grotesque act while sitting outside American Eagle Outfitters on Broadway, just feet from passersby — including a young girl with her mom, disturbing video of the incident shows.

Russell, who lives in a Brooklyn homeless shelter, was hit with one count of first-degree public lewdness and an additional lesser count of public lewdness, a police spokesman said.

The disgusting public display comes as the Big Apple is struggling to revive its tourist industry and kickstart the city economy after a lengthy COVID-19 lockdown.

This year, police have grappled with a spike in gun violence and public vagrancy, particularly in the city subways and transit system.

Court records show that even before his most recent arrest Russell had several pending criminal cases, including a Manhattan shoplifting charge from earlier this month, two pending cases in Queens and another two in Nassau County.

In the Manhattan case, he is charged with petit larceny, possession of stolen property and menacing for allegedly ripping off a Midtown Duane Reade on April 2.

He is charged with robbery, petit larceny and menacing in the Nassau cases, and, in the Queens cases, with menacing, possession of stolen property and weapons possession. 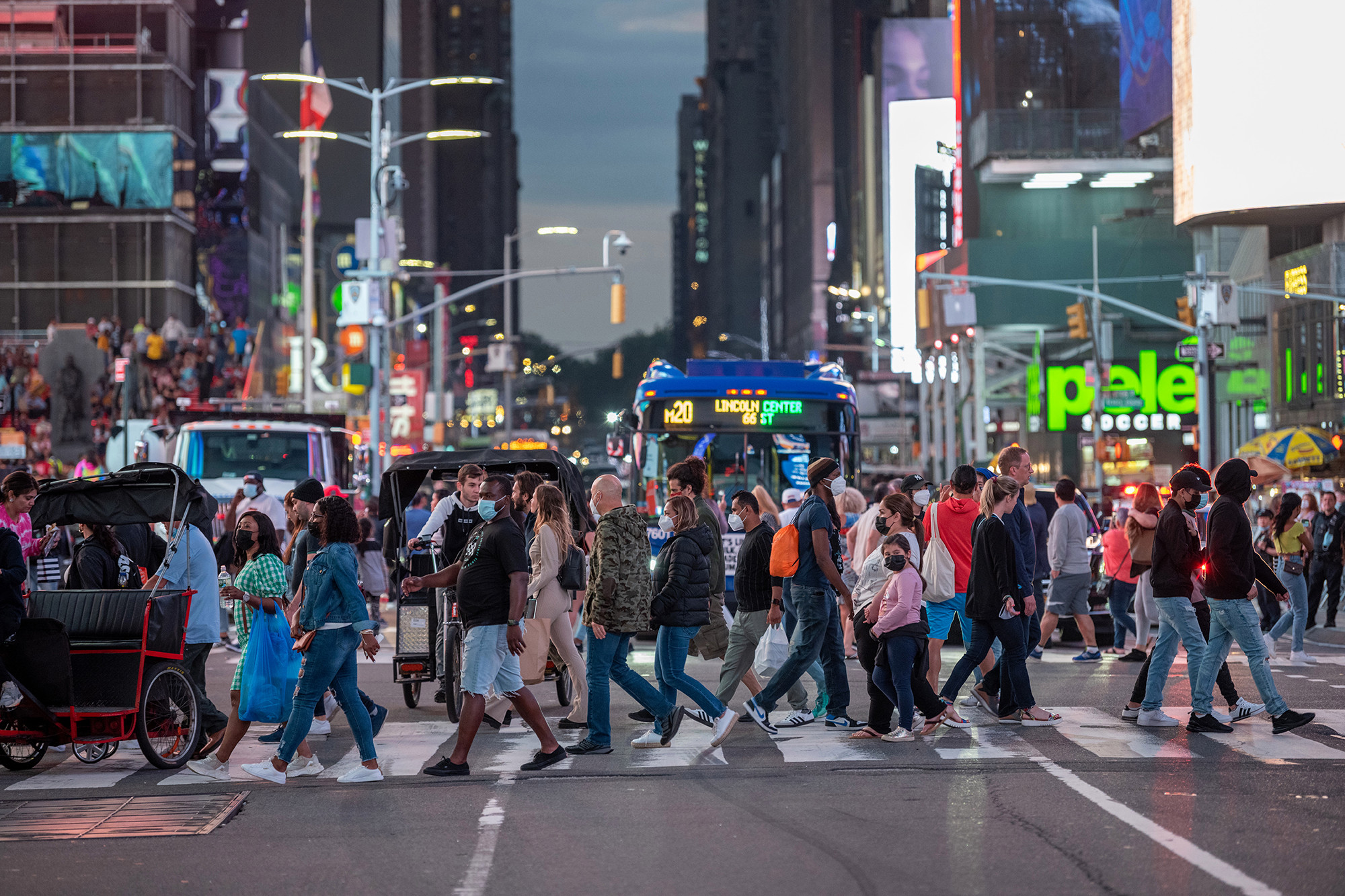